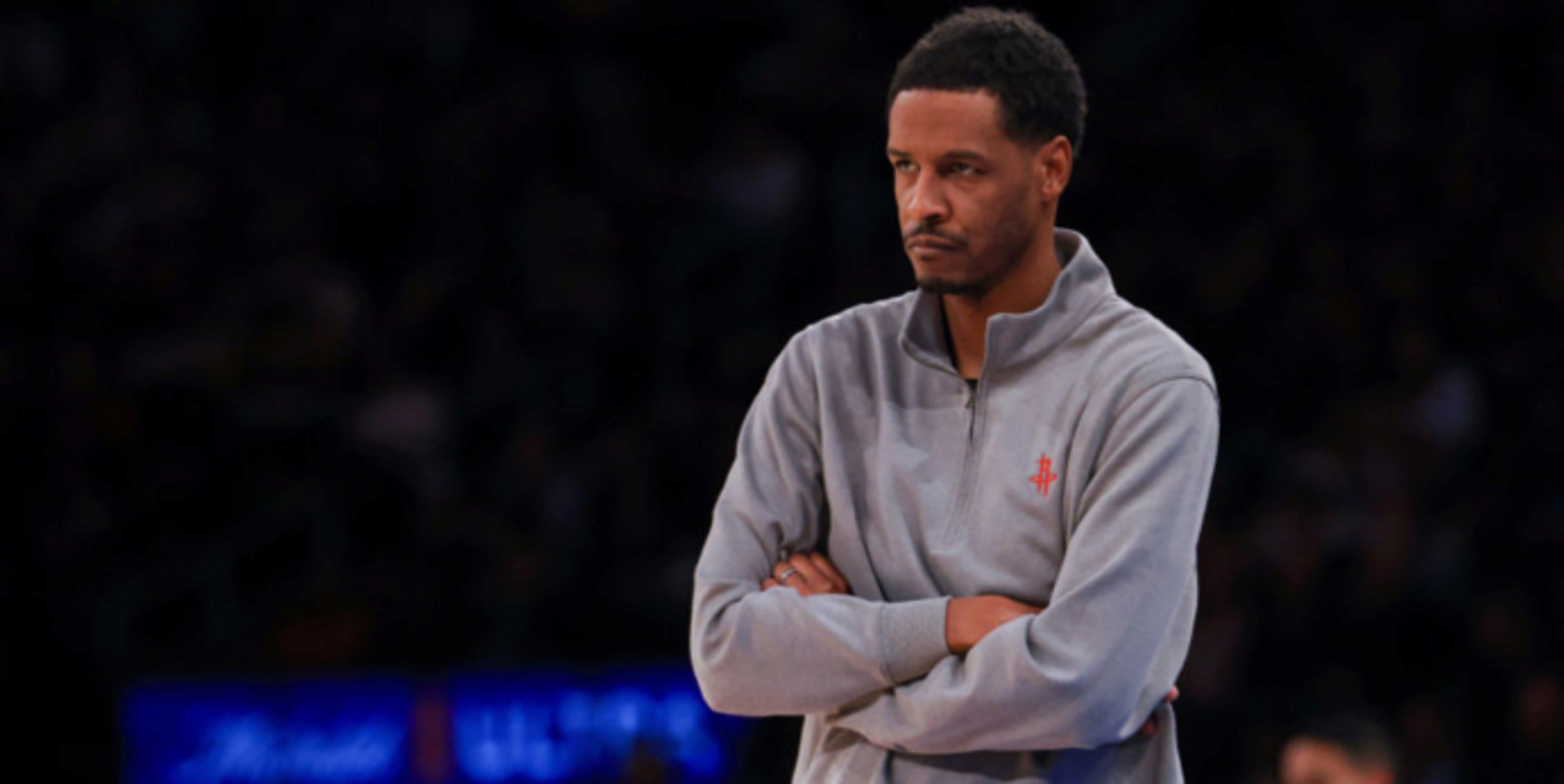 I'm going to give you a moment to prepare your eye roll.

Go on. Take a few seconds. Get it together.

Houston, you have a problem.

The losers of 15 straight games, the Rockets currently hold the worst record in the NBA at 1-16. Their 0-11 record on the road seems like a typo.

While it's understood that this was supposed to be ground zero of the post-Harden era, I'm not sure anybody expected things to look like this. Chief of among the "anybody" group: Rockets management.

Per Jake Fischer of Bleacher Report, head coach Stephen Silas is firmly on the hot seat. From Fischer:

Now, multiple sources with knowledge of the situation have indicated to B/R that Rockets brass are weighing the future of Stephen Silas, who may become the league's next coach to be terminated, following Luke Walton's exit in Sacramento last weekend.

It would be a tough break for Silas, whose first head coaching gig has been the literal opposite of what he expected.

He beat out candidates like Jeff Van Gundy for the job heading into last season, with the reward being James Harden and Russell Westbrook as a star backcourt duo. Instead, Westbrook was traded before the year began; Harden was later flipped to the Brooklyn Nets for a bounty of picks.

Shifting from "dark-horse contender" to "let's kick off the rebuild" isn't an easy transition. With the roster trending much younger — the primary goal being to foster the development of Jalen Green and Kevin Porter Jr. — it would make sense that the losses would pile up this season. Silas is not the reason the Rockets are awful right now.

It is fair, however, to acknowledge that he has a role to play in the rough start.

If you looked at the Rockets' roster heading into the season, you'd likely assume they'd be a poor defense and a below-average offense. A bad team, of course, but one in which you'd see a little more cohesion on the offensive side of the ball.

The Rockets rank dead last in offensive rating (97.3) despite having the most efficient shot profile in the NBA. Per PBP Stats, the Rockets (and Blazers) have an expected Effective Field Goal percentage of 55%; put another way, based on where they get their shots from, they should be blowing teams out of the water offensively.

Put another way: roughly 80% of the Rockets' shots come at the rim or behind the arc, easily tops in the league.

But this reminds me of last year's Timberwolves before the Chris Finch hire. They had a similar share of shots from fruitful areas of the floor, but how they got those shots — and who took those shots — made their profile fool's gold.

The Rockets have a double-whammy in this regard. Their starting backcourt of Porter and Green, when healthy, is a combined 40 years old. On top of the two needing experience to effectively lead an offense, neither of them are natural playmakers.

On top of that, and this is where Silas deserves some blame, their offense is pretty static from a scheme standpoint. They're a drag-screen-or-bust group in early offense, with middle ball-screens (that devolve into isolations if they don't work) making up the largest chunk of their half-court attack.

They often empty a side to stress the defenders of the ball screen — and simplify reads for their young backcourt. With no real weak-side movement, or at the very least some decoy action to set up that empty corner action, you get a lot of possessions that look like this.

There are hints of goodness in there. Go back to the Warriors game earlier in the month and you'll find some flavor. A Spain pick-and-roll here:

A middle pick-and-roll, but with David Nwaba (love that guy) attempting to set up a flare behind him (don't mind the miss).

More often than not, though, it's a bunch of bland. The young guys are often left to make a dollar out of 15 cents.

And about that youthful exuberance: they make mistakes. They try things. They turn the ball over, and boy, does this Rockets team turn it over. Their 18.2% turnover rate not only ranks last in the league by a wide margin, it's the worst mark since the Process Sixers back in the 2014-15 season (18.3%).

(That might be the biggest reason Silas doesn't trust Alperen Sengun with more minutes yet, though I — and probably 80% of Rocket fans — would argue his injection of randomness is worth it from a development and give-me-something-fun-to-watch standpoint.)

When the personnel isn't great, there's a limit to how effective you can be. Another benefit of empty corner pick-and-rolls, for example, is to generate an extra pocket of space; the Rockets kinda have to spam that to a degree because of the lack of shooters available. That isn't completely on Silas.

He certainly isn't helping himself right now, though. Playing Tate, Theis and Christian Wood together just hasn't worked out. Whatever benefit they're getting from the defensive insulation Tate and Theis provide is throughly erased by the lack of spacing the trio brings.

Houston's two most-played five-man linups feature those three; those groupings have an 80.9 and 67.0 offensive rating respectively.

The third unit — Porter, Green, Eric Gordon, Tate and Wood — has a 106.0 Offensive Rating, and plus-13.3 Net Rating overall. It might be worth exploring that one a little more when everyone's available.

Defensively, it's easier to explain. They're an absolute mess at the point of attack with Porter, Green and D.J. Augustin logging most of the guard minutes. Porter and Green are even messier off the ball — typical young guy stuff — which further forces Silas into a tough spot.

There are defenders on this team that can help — Tate, Theis, Nwaba, KJ Martin (weak-side rim-protecting GAWD), and rooksters Josh Christopher (fiesty at the point of attack) and Usman Garuba — though none of them help the spacing issue in a real way.

In short (shut up), the Rockets don't have a Stephen Silas Problem. They have an Everything Problem. The organizational goal shifted underneath Silas' feet. The roster is young and flawed. Silas has failed to implement a system with any real juice, and his handling of the ill-fitting roster has been poor.

It's hard to imagine a Silas firing fixing everything, as a good chunk of this is out of his control. But there are certainly improvements that could be made. Drawing back to the Timberwolves example from earlier, if the Rockets feel their version of Finch is available on the market, it makes some sense to get that guy in place.

It would be an unfair shake for Silas, but such is life as an NBA coach.