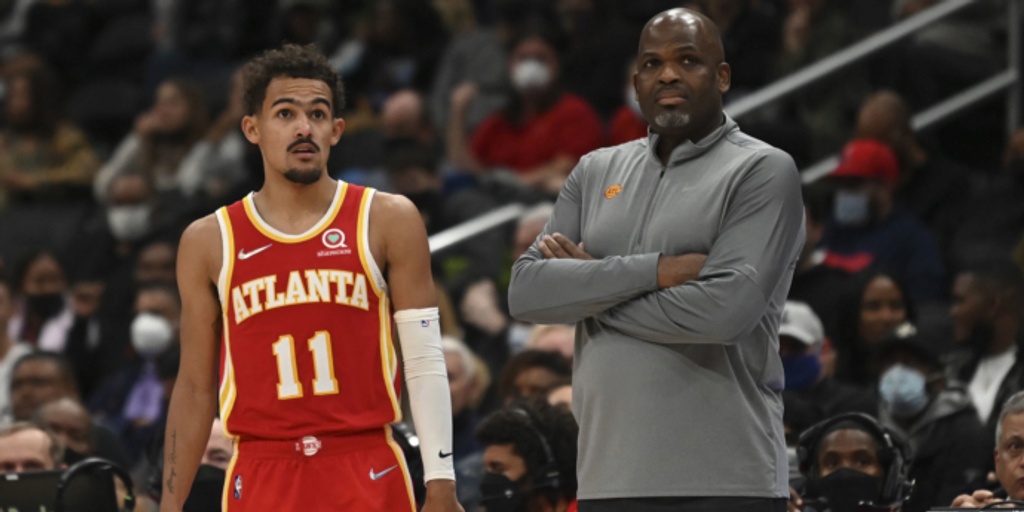 What's wrong with the Atlanta Hawks?

Don't forget about the other summer blockbuster.

You can't go online without the Rudy Gobert trade being flamed. It's hard not to question that move considering how clunky things have looked for the Timberwolves on both ends, a recent winning streak when Gobert was out of the lineup, and a slide coinciding with Gobert's return — featuring closing minutes with Naz Reid instead of Gobert.

You know who else has looked clunky on both ends of the floor? The Atlanta Hawks, fresh off a loss to LeBirthday and the Los Angles Lakers on Friday night.

The Hawks are currently sitting two games under .500 (17-19), with a bottom-10 net rating (-1.7, 24th) and more rumors swirling than a high-school hallway. The latter portion — the outside noise — is really what sucks about this Hawks season.

It's understandable enough that there would be growing pains when implenting former Spurs All-Star Dejounte Murray into the mix. I was ultimately high on the move, but the Young-Murray fit hasn't been clean. The Hawks are barely winning the minutes — plus-1.8 in 695 minutes — with them sharing the floor.

It's even tougher considering the injury woes the Hawks have dealt with. Clint Capela has missed nine games; John Collins and De'Andre Hunter have missed eight. Bogdan Bogdanovic, an important spacer and secondary creator, made his season debut on December 2.

In a perfect world, this is just a matter of on-court chemistry building. But alas, it doesn't appear to be just that. The cloud surrounding the relationship between Young and head coach Nate McMillan is hard to ignore at this point.

Before the season, Young and McMillan each referenced their need to improve communication with each other. McMillan took steps over the offseason with an in-house visit, for a quick example. Naturally, Young missed a home game against the Denver Nuggets earlier this month due to [checks notes] morning shootaround etiquette.

(As the story goes, Young wanted to bypass morning shootaround to receive extra treatment for a troublesome shoulder. McMillan gave Young a choice: either come off the bench [for missing a normally-mandatory shootaround], or stay home. Young opted for the latter.)

That's a petty story at best, another notch on the "what-the-heck's-going-on-with-those-two?" belt at worst. It didn't look good for Young, who simply could've played if he wanted to. It didn't look good for McMillan, who wouldn't have lost sleep over letting Young slide considering the circumstances — and his importance to the team, but you know.

Fast forward to Friday, before the Lakers loss, and we get a report from The Athletic's Shams Charania that McMillan has considered resigning from the job. When asked about the report, McMillan didn't necessarily shut things down:

What makes this dynamic — and the Hawks in general — so difficult to parse through is the chicken-or-egg nature of it.

For the "star > coach" crowd, there are arguments to make.

There is a level of rigidity with McMillan from a scheme perspective. That isn't inherently bad; he provides structure, and that appeal is what helped land him the job after the Hawks fired Lloyd Pierce in the first place. But it's part of why teams have been willing to move on from McMillan after a spell, looking for a new voice or a boost in creativity. The Hawks very well could use that.

On the flip side, how much more can be done with this personnel? That's worth asking before factoring in the injury woes.

Daryl Morey would throw up at the Hawks' shot profile: 37.5% of their shots come from the mid-range area (1st), while they lag way behind in rim (32%, 20th) and three-point rate (30.5%, 29th). But when your shooting talent underperforms (Collins, Hunter, Justin Holiday), is mostly unavailable (Bogdanovic) or trying to learn the ropes in year one (AJ Griffin), what should the expectation be?

McMillan, like virtually every coach in existence, has had his rotations questioned during his tenure. But with the revolving door of talent he's had at his disposal this season, what should the expectation be?

And then there's Young himself.

He's underperformed by his lofty standards. Averages of 27.4 points and 9.9 assists are dope; averaging career-lows from just about everywhere — 31% on 7.2 threes, 47% on 13.8 two-pointers — is admittedly not dope. 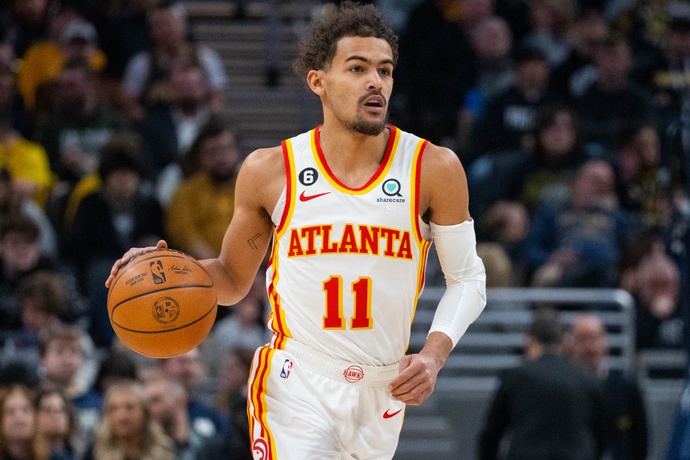 He hasn't been able to can the pull-up threes that make him such a lethal pick-and-roll threat. His floater, one of the NBA's best weapons, has largely failed him this season. (Ja Morant's dealing with a similar floater issue, hence his career-low in two-point percentage.)

Young missing shots wouldn't be as tough if his play-style didn't exacerbate things. He dictates a ton of the action — and rightfully so, with his blend of playmaking and scoring chops. After leading the NBA in seconds per touch and dribbles per touch last season, Young ranks... second and first respectively this season.

After an encouraging start to the year, the off-ball juice just hasn't been there for Young. We're back to pass-and-stand with the ball out of his hands. He's taken just 23 relocation threes this season, per Second Spectrum; that's on pace to smash last season's number (26), but still well below the threshold you'd like to see from Young.

The primary reason that people questioned the Young-Murray fit was because of the off-ball woes. Murray was a fine-not-threatening catch-and-shoot threat, while Young just wasn't particularly engaged in that area. Sadly, it's been mostly a "my turn, your turn" ordeal between the two.

That question, in addition to the weird relationship with McMillan, is why executives have started chirping about the possibility of Young eventually asking out.

This is where I pause and state the obvious: executives saying "hey, he might be the next star to ask out" is not a report. It's notable conversation, and fun to think about. It's not an actual trade request.

Even with that context, it's interesting to think about what a Young trade would even look like. The Hawks pushing that button would signify, "We can't do this," "We don't want to deal with this," or a combination of the two. How would that message be received league-wide?

Young is an offense unto himself; that's incredibly valuable and, oddly enough, part of the problem with building around him. Add in the defensive concerns — he's a small dude whose attention span wanes off the ball too often — and a Young trade sweepstakes won't be as simple as "this dude's good so we should sell the farm for him."

Go down the line of fake trade destinations, and you'll come across some roadblocks.

That Young-for-KAT swap seems plausible until you think about Young, Anthony Edwards and Gobert in the same locker room. Gobert was frustrated enough being blamed for Utah's defensive miscues; cleaning up for Young and Edwards' off-ball lapses feels like trouble waiting to happen.

The New York Knicks should be happy with the All-Star caliber play that Jalen Brunson has provided this season. Brunson isn't a Young-level talent, nor is he a Young-level star. I'd be shocked if they didn't at least consider constructing a package for Young.

In light of Chris Paul's decline, I'm sure the Phoenix Suns would sniff around. The prospect of pairing Young and Devin Booker together would be interesting, though building out an offer would induce headaches.

(I don't know if anyone wants to hear this, but there's probably a conversation to be had between Atlanta and Philadelphia depending on what James Harden wants to do with his player option.)

For a player as talented as Young, that's not a long list of suitors. And again, you could poke holes in all of those. Ideally, this doesn't become a real talking point to begin with. The Hawks want Young to be the face of the franchise, and he's already shown he's talented enough to lead them on a deep playoff run.

What needs to change for the Hawks to turn things around? The anwer is a little bit of everything.

More malleability from McMillan would be nice. A healthier roster — and better shooting talent — would give McMillan more room to experiment. Obviously there's no "shoot-the-ball-better" button to press, but Young can control his own engagement level off the ball — on both ends of the floor.