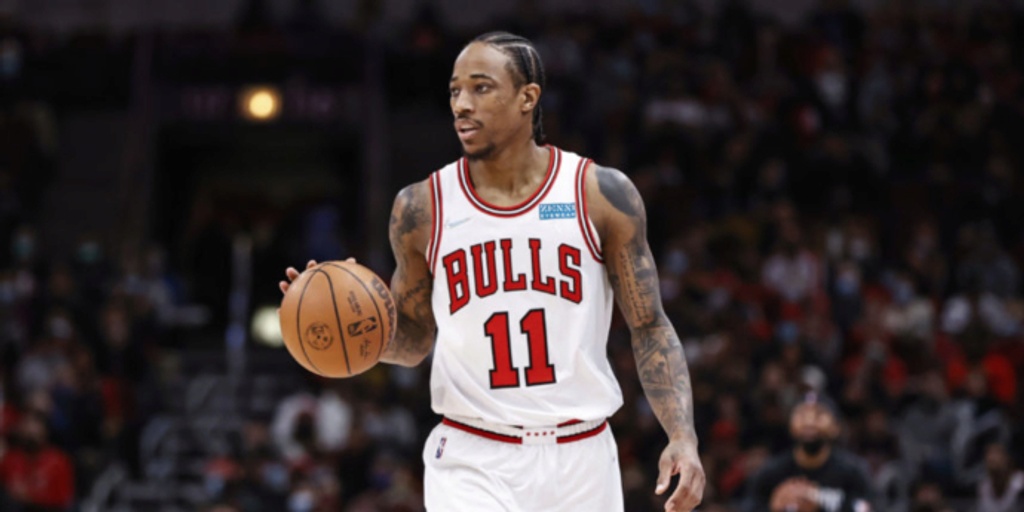 What if the Bulls didn't go all-in this past offseason?

The 2021-22 NBA season has presented us all with its share of surprises – chief among them is the Chicago Bulls.

Chicago’s 2020-21 season was messy. The Bulls ended the season 31-41, good for 11th in the Eastern Conference. The 2021 NBA draft marked Chicago’s fourth consecutive lottery appearance, and the fact that none of their recent lottery picks appeared on track to lead a playoff team resulted in limited optimism. But, as is often the case, looking too far ahead results in incorrect assumptions.

Chicago had a surprising 2021 offseason centered around three key additions – DeMar DeRozan, Lonzo Ball and Alex Caruso. Ball, the first to sign, was a highly sought-after 2021 free agent. Chicago was forced to relinquish their next second-round pick for violating league rules while solidifying a sign-and-trade deal for the guard. Prior to suffering a recent knee injury that will cost him between six and eight weeks, Ball was averaging 13.0 points, 5.4 rebounds, 5.1 assists and 1.8 steals (career high) per game, shooting 42.3% on three-point attempts. Caruso was playing well, too, averaging career-highs (or near career-highs) in points, rebounds, assists and steals. But like Ball, Caruso is also out for between six and eight weeks with an injury of his own.

The loss of Ball and Caruso will certainly hurt the Bulls, a team that has been playing its best basketball in years; but they are still projected to be an East leader, thanks in no small part to DeRozan. DeRozan is an enigma, in that he’s produced everywhere he’s been, and yet he’s still looked over when discussing the best players in the league.

DeRozan entered free agency hoping to head home to Los Angeles. A sign-and-trade was being discussed by the San Antonio Spurs and the Lakers, but the latter decided on adding Russell Westbrook instead. Thus, DeRozan landed in Chicago, where he is averaging a career-high 26.4 points per game.

The Bulls have won 30 of their first 47 games thanks in part to their offseason additions. But Chicago’s success is obviously about more than just three players. Zach LaVine and Nikola Vucevic are both playing excellent basketball, as are Coby White, Patrick Williams and Ayo Donsunmu. Vucevic is another recent addition, having been added via trade at the deadline last season.

Much of Chicago’s recent maneuvering was about keeping LaVine in Chicago. LaVine will enter free agency this upcoming offseason, and the Bulls knew they had to convince him that he could compete soon. And while LaVine and Vucevic are foundational pieces, they’re not enough to compete without other stars around them. So, what if Ball, Caruso and/or DeRozan chose to sign elsewhere?

As far as All-Star caliber players go, only Chris Paul, John Collins, Mike Conley and Kyle Lowry hit free agency, meaning Chicago’s options were limited last offseason. Of those four, only Lowry changed teams – and Lowry-to-Miami was the worst kept secret in the NBA for some time.

Had Ball not signed with Chicago, the Bulls probably would have pursued Spencer Dinwiddie or Dennis Schroder. Dinwiddie was immediately linked to Washington, whereas Schroder had fewer suitors. Schroder eventually signed with Boston on a one-year $5.9 million deal, making it fathomable that Schroder was an option.

The Bulls could have also pursued Victor Oladipo, who signed with Miami for the veteran’s minimum. But Oladipo is still recovering from a torn quadricep. And while he’s projected to return sometime in February, that type of addition tells a very different story to potential free agents. Adding Schroder and Oladipo wouldn’t have had nearly the same impact as Ball, Caruso and DeRozan on the Bulls’ play, thus jeopardizing their ability to retain LaVine.

Who else would remain in Chicago? Obviously LaVine, Vucevic, White, Williams and Donsunmu would still be around. The Bulls dealt Thaddeus Young and Al-Farouq Aminu to San Antonio for DeRozan; Tomas Satoransky and Garrett Temple to New Orleans for Ball – and finally Lauri Markkanen to Cleveland for Derrick Jones. Young, Aminu and Satoransky were still under contract, but Temple and Markkanen signed new contracts with their new teams after being traded. Markkanen was an RFA in 2021, whereas Temple was a UFA.

Ultimately, the lack of difference-maker free agents means that if the Bulls hadn’t signed Ball, Caruso and DeRozan, their roster would look eerily similar this season to that of last season – and as we established above, last season’s roster was flat-out ineffective.

Without Ball, Caruso and DeRozan, the Bulls would be mediocre at best. Their roster would be inferior to that of Miami, Cleveland, Brooklyn, Milwaukee, Philadelphia and Charlotte – and they would be in the same class as disappointing teams like Boston, Washington and New York. They would probably still qualify for the playoffs (or at least the play-in tournament), but they would struggle to compete with a top-four seed.

Talking longer term, LaVine would inevitably test free agency, taking meetings with teams with the requisite cap space or creativity to shape a deal. DeRozan joined, partially, because he wasn’t prioritized as an elite free agent. But let’s be clear, established superstars don’t join teams without a clear path to compete, like DeRozan did last offseason. That means the Bulls would be under intense pressure to perform with no alternate courses of action.

Like the rest of the league, the Bulls had limited options last offseason. Fortunately for Chicago, the Bulls made the absolute best of a bad situation, signing the crown jewel of free agency in DeRozan. Free agency, and the 2021-22 season, could have gone significantly worse for Chicago. As it is, it couldn’t really be much better.