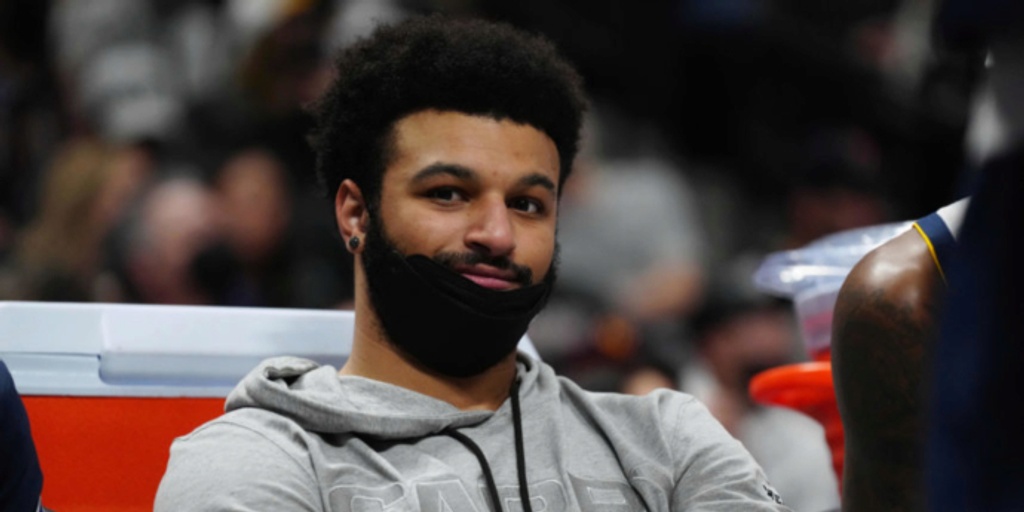 What if Jamal Murray returns to form THIS season?

The 2021-22 NBA season has presented us all with its share of surprises, and chief among them is the Denver Nuggets.

The Nuggets entered last season with high expectations. They made it as far as the Western Conference Finals in the 2020 playoffs behind superstar-level performances by Jamal Murray and Nikola Jokic – and their superstars continued their strong play into 2020-21. The Nuggets' future looked incredibly bright.

The team began the 2020-21 season much like they finished the previous one. But they didn’t rest on their laurels. Instead, Denver made a major mid-season move, adding Aaron Gordon from the Orlando Magic. The Murray-Jokic-Gordon trifecta looked like it could be formidable.

Unfortunately, after winning 34 of their first 52 games, Jamal Murray suffered a torn ACL (in April), ending the team's hopes of contending for a championship. The Nuggets were eventually swept by the Phoenix Suns in the Western Conference semis.

Still, there is a lot to be excited about in Denver. Before losing time to a back injury, Michael Porter Jr. looked ready to live up to his potential, averaging 23.5 points per game in the team’s final 18 games after losing Murray. After struggling a bit to find his place, Gordon has fit in nicely this season, averaging 14.5 points and 5.6 rebounds per game. And since Murray’s injury, Jokic has solidified himself as a perennial MVP candidate.

But Murray is an integral part of the Nuggets’ success. They have been relatively successful so far in 2021-22 without Murray, of course. But if he returns, could the Nuggets make a push to snatch up home court advantage in the first round? They are currently 28-24, good for sixth in the West. Denver is only 1.5 games behind the fifth-seed Dallas Mavericks. Mavericks center Kristaps Porzingis has missed the past three games with a bone bruise in his right knee – he's notoriously injury prone, so any trouble he suffers should be taken seriously. A longer-term Porzingis absence will further hurt Dallas’ chances at holding its place in the playoff race.

Along the same line of thought, the Nuggets are also just 3.5 games behind the fourth-seed Utah Jazz – who just lost Joe Ingles for the season. And while Utah’s Donovan Mitchell shot down rumors of a continued rift between himself and Rudy Gobert just the other day, there is probably something to the rumor, as it is not the first time its made its way into public discourse. Can the Jazz hang on without one of their key players and with their anchors allegedly feuding? Utah is just 3-7 in their last 10 so things don't look great there, either.

But without reinforcements, the Jazz and Mavericks are probably safe in their respective spots – but reinforcements might not be too far off. Both Murray and Porter Jr. have recently taken part in the Nuggets’ pre-game warmups. Porter Jr. was never given a strict timeline, but that fact that he’s on the court so soon after a December surgery is a good sign for a pre-playoffs return. On the flip side, the NBA recently awarded the Nuggets a disabled player exemption, meaning that the league feels its highly unlikely he returns before June 15. So, maybe this one is a long shot.

There are pros and cons to Murray’s recovery, too. Murray could be on track to return before the playoffs. ACL injuries typically require approximately one year on the shelf, and Murray’s injury was suffered on April 12, 2021; the 2021-22 regular season ends on April 10 with the play-in tournament beginning on April 12.

Let’s assume for a moment that Murray returns (and Porter Jr. does not). Prior to the injury, Murray was in the midst of his best professional season yet, averaging 21.2 points and 2.8 assists per game. He was shooting a career-best 40.8% on three-point attempts, and he was posting career-bests in PER (18.3), box plus/minus (2.0) and VORP (1.7), too. Will he be able to regain his pre-injury form? Will he perform as efficiently? The good news is that Murray is still only 24, so odds are decent that he returns to form. But doing so immediately would be a small miracle.

But Murray is so good that any sort of form on him is better than nothing at all, and the combination of Murray, Gordon and Jokic can be downright lethal. And while rushing players back is usually frowned upon, this is probably the ideal season to do so because there is a void in the upper echelon of the NBA. There is no super team this season. The Nets and Lakers are both struggling to regain consistency, and both of the Clippers’ superstars are out with injuries. The Grizzlies are a nice story, as are the Cavs; but when healthy, the Nuggets probably see themselves as a step above those teams. Right now, the Bulls, Heat and Bucks are the best the East has to offer – the Suns and Warriors are the class of the West. All five of those teams are exceptionally talented, but do any of them strike fear in the hearts of league executives like the Kevin Durant-Steph Curry Warriors did? Or like LeBron James, Dwyane Wade and Chris Bosh’s Heat did? I think not.

With the increase in player movement, there’s simply no guarantees for future seasons – and that goes for Denver’s roster, as well as their competitors. If Murray can return to form – which is admittedly a big “if” – Denver’s big three and its role players (e.g., Will Barton, Monte Morris, Jeff Green, Facundo Campazzo and Bryn Forbes) make up as formidable a roster as any.

The Nuggets are in the unfortunate position of seeing an opportunity in front of them, while having to weigh the significant risks involved with attempting to capitalize on it. Maybe Denver’s leadership decides to punt on 2021-22 in hopes of returning everyone entirely healthy next season. But if things line up just so, the Nuggets could be in perfect position to be dark horse favorites this season.