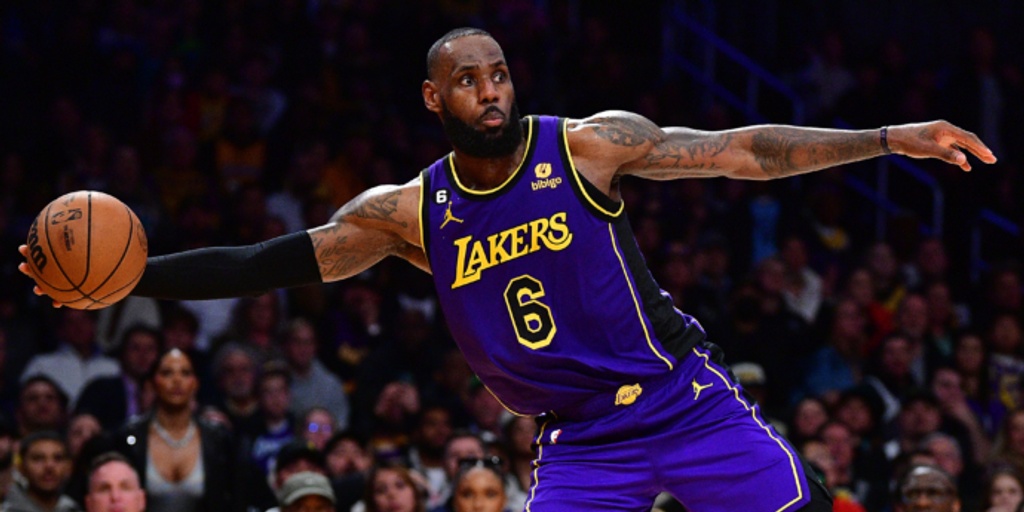 What are the most unbreakable individual records in sports history?

LeBron James is on the verge of eclipsing Kareem Abdul-Jabbar's all-time NBA scoring mark of 38,387 career points. At his current 29.3 point-per-game season average, James is nine games away from breaking a record that, for a long time, seemed close to untouchable.

James' transcendant greatness forces us to reevaluate what constitutes an "unbreakable" record. So what are some other examples across sports?

Starting with other basketball records, Abdul-Jabbar still boasts the NBA's all-time mark for made field goals with 15,837. James, despite his historic scoring, currently sits a whopping 1,882 made baskets behind Abdul-Jabbar. Even the Father Time doubters can't expect James to get there before he retires.

The career rebounding leaders are Wilt Chamberlain (23,924) and Bill Russell (21,620). No other player has ever reached 18,000 boards. Barring a drastic change to the game, it's safe to say those two marks will stand the test of time. Chamberlain's 100-point game, along with several other single-game and season-highs, also seem untouchable.

Pete Maravich holds the NCAA record for most career points (3,667); he averaged over 40 points per game and set the bar in just three seasons. Antoine Davis of Detroit-Mercy is currently second and giving his best shot, but even at 3,274 points, he's well behind as he nears the end of a five-year college career.

And Pistol Pete doesn't even come close to Pearl Moore, who holds the women's college all-time scoring mark with 4,061 career points — the vast majority coming during her time at Francis Marion University between 1976 and 1979. Here's why Moore isn't shown on NCAA leaderboards.

Lastly, while Abdul-Jabbar (and soon James) rest atop the NBA's scoring list, we simply cannot forget about Oscar Schmidt. The Brazilian legend is believed to be the leading basketball scorer of all-time across professional competition with a whopping 49,737 points. Go learn about Schmidt if you haven't yet.

Even after the NFL's 21st-century passing surge, no receiver has come within 5,000 yards of Jerry Rice's 22,895-yard total. The San Fancisco 49ers legend holds several league records, but this one in particular feels unreachable.

Cal Ripken Jr.'s games-played streak (2,632 games) is one of Major League Baseball's most iconic records, spanning over 16 seasons. Modern sports science knows the value of rest during a long baseball season, so this record should stay forever. Another streak built to last: Joe DiMaggio's 56-game hitting streak in 1941.

On the other side of the plate, Nolan Ryan's 5,714 strikeouts dwarf any other pitcher and lead second-place Randy Johnson by 900 K's. Cy Young's whopping 749 complete games, like Ripken's appearance streak, is also immortalized with help from today's game. Young's dominance at the turn of the 20th century came at a time when pitchers breezed through complete games. That won't happen anymore — the active leader is Adam Wainwright with just 28.

Any hockey record associated with Wayne Gretzky is probably unbreakable — as Shoresy says, "Don't nickel-and-dime the Great One!" — but his hallowed 2,857 career points might be the most outrageous career tally in all of sports. Gretzky would still be the all-time points leader even if he never scored a goal thanks to his 1,963 assists. However, like with LeBron, the hockey world is on watch for Alex Ovechkin to overtake Gretzky's 894 career goals. Ovechkin, age 37, is 84 goals away.

Motorsports can add an unbreakable record of its own. Richard Petty, driver of the famed No. 43, has 200 NASCAR wins to his credit, which is nearly double any other driver (David Pearson has 105). He dominated in an era during the 1960s and 1970s with uneven parity and a jam-packed schedule, so it's also illogical to think we'll see someone match his 10 consecutive victories in 1967.

Soccer has existed for so long and in so many places that all sorts of renowned records are scattered across the world. But two legends continue to be on top. Pele's 92 hat tricks are by far the most by a male player; Christiano Ronaldo is a distant second with 60.

Canadian legend Christine Sinclair has the most recorded international goals in soccer history by any man or woman. She surpassed the United States' Abby Wambach in 2020 and is still charging ahead, with 190 to her current total across over 20 years of international competition.

Michael Phelps is the most dominant Olympic athlete ever. His 28 gold medals are the most by any athlete by far — including 23 golds, the only person to ever eclipse double-digit gold medals. Additionally, Simone Biles' 19 world gold medals, including the Olympics and other competitions, more than double the next-closest gymnast.

Finally, we reach several records that seem impossible to break, unless the same record-setting athlete tops themselves. Katie Ledecky is the picture of pushing limits in the pool, setting so many fastest times that a tweet like this feels like the fairest way to sum up her stardom:

15:37.99?!?@katieledecky just clocked the 14th-fastest swim in HISTORY, and now owns 18 of the top-20 times ever recorded in the event 😲#TYRProSeries pic.twitter.com/v8VO3VVrbt

And you can debate the validity of the sport all you want, but what Joey Chestnut has done in the world of competitive eating feels inhuman. He holds 55 records involving 55 food disciplines, including the 76 hot dogs eaten in 10 minutes during the 2021 Nathan's Famous Fourth of July Hot Dog Eating Contest. He has not relinquished the hot-dog-eating crown since 2007.

Will LeBron James' final point tally reign like these records? It's too early to say, but by holding the honor, the King joins some of the pillars of American and international sports.