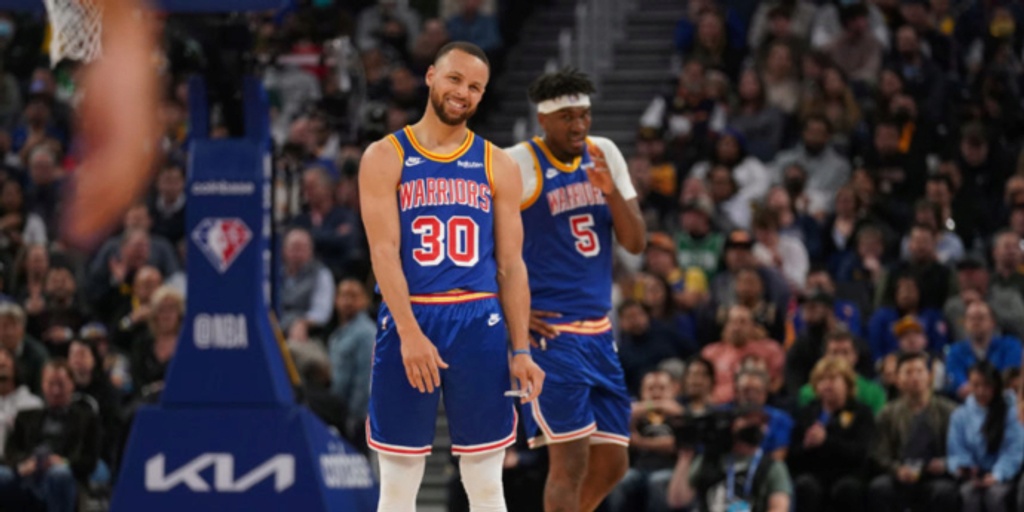 Golden State Warriors star Stephen Curry has been diagnosed with a sprained ligament in his left foot that will sideline him indefinitely, according to Shams Charania of The Athletic. X-rays on the foot returned negative Wednesday night, meaning no fracture or major damage.

Warriors star Stephen Curry has been diagnosed with a sprained ligament in left foot that will sideline him indefinitely, sources tell @TheAthletic @Stadium. X-rays on the foot returned negative Wednesday night – meaning no fracture or major damage, a sigh of relief.

Curry his injured his foot during the team's 110-88 loss to the Boston Celtics on Wednesday night. He suffered the injury with 4:17 left in the second quarter when Celtics guard Marcus Smart dove for a loose ball and the two players got tangled up. Curry did not play in the second half of the game.

Warriors head coach Steve Kerr was upset following the play and was seen yelling at Smart. After the game, Kerr spoke about the collision.

Smart called the play "unfortunate" and added: "I'm sure I'm going to get called dirty. But I know who I am... I play very hard and I leave everything on the court... My teammates, my colleagues, they know I'm not a dirty player."

The injury to Curry comes at a time when the Warriors were finally back at full strength. Green had just returned to the lineup in the previous game after missing two-and-a-half months with a back injury, and Klay Thompson came back earlier in the year after missing two seasons due to a torn ACL and an Achilles tear.

Curry is averaging 25.5 points, 6.3 assists and 5.2 rebounds this season with the Warriors currently 47-23 and the No. 3 seed in the Western Conference.