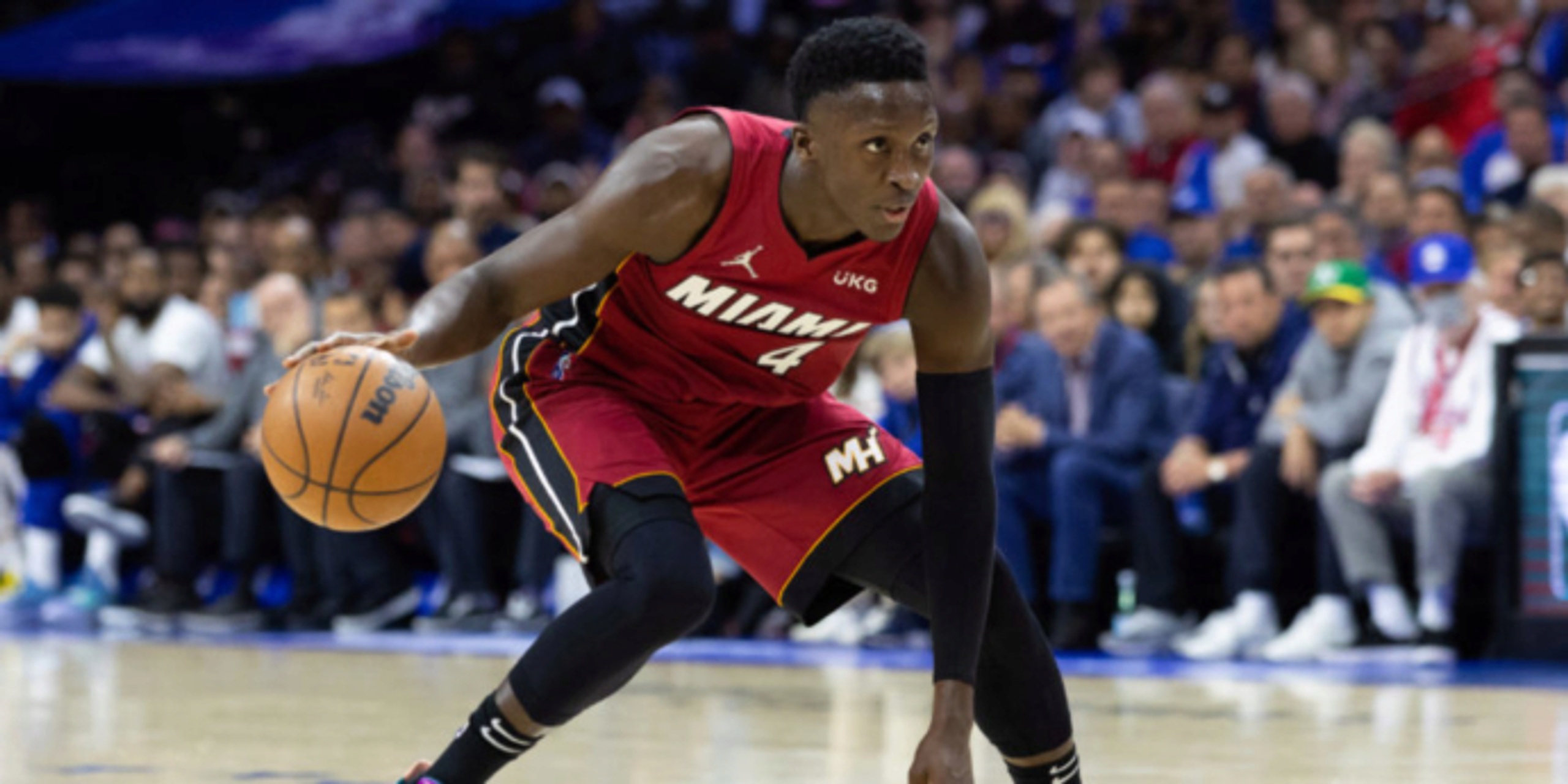 Victor Oladipo staying ready and making the most of every opportunity

It is common for the players who score the most points to get the most praise. They get the credit on SportsCenter and are viewed as the stars of the night. But there is another kind of player who typically doesn't get the credit they deserve, whose importance to the team is not often illuminated.

In Game 3 of the Eastern Conference Finals against the Boston Celtics on Saturday night, Oladipo's 5 points didn't make the ESPN highlight reel or pop out in the box score. His stat line wasn’t highlighted on the NBA TV recap.

After being bumped out of the rotation in the first half in favor of Caleb Martin and Duncan Robinson, Oladipo could have pouted and had an attitude. This is something that happens at every level: a player doesn’t play in the first half and mentally checks out. Sometimes, they are visibily disgruntled. You may be able to see it during halftime warm-ups or in his demeanor on the bench.

Oladipo didn’t do any of that. He stayed locked in and was ready and prepared if his number happened to be called. Then, it happened. Jimmy Butler went down and could not return to the game in the second half. Butler has been carrying the team throughout the series; he is who the offense runs through, who the team relies on every trip down the court in some capacity. When he couldn't return due to a knee injury, Oladipo’s number was called and he was ready.

In just 20 minutes, Oladipo had 4 steals (twice as many as the Celtics had as team for the entire game) and 8 pass deflections (one more than the Celtics). After the game, PJ Tucker raved about Oladipo's play.

“It’s usually his offense everybody talks about,” Tucker said. “He comes in with a spark. But his lateral slides and quickness were unbelievable. I told him tonight, 'That was some of the best lateral foot speed I’ve seen anybody have.' Jaylen Brown, when he gets going — especially right — he's tough to get back in front of. For Vic to square him up was unreal. He gave us a spark.

“We talked about it at the half, knowing he was about to start the half and play. To not play at all and then step in and do what he did in the second half, that level of professionalism is few and far between.”

Vic Oladipo’s stats won’t justify the game he actually played. They don’t win this game without him.

“Everything about it, it speaks to his competitive character,” Heat head coach Erik Spoelstra said of Oladipo. “That was not easy. We went with a slightly different rotation because Kyle [Lowry] came back. That is going to force some changes throughout the rotation, so he didn’t play in the first half. We’ve had so many guys that have had to take on different roles and sacrifice. We say it’s always easy to sacrifice when you’re not the one doing it, and he’s had to sacrifice many times. That wasn’t easy. That wasn’t necessarily the way we were going to go the first half. Just things were going really well. We just kept going with that. Then, all of a sudden, boom: Jimmy is not going to go in the second half.

"For him to be stable enough and not be frustrated and not be rolling his eyes and like, 'Oh, okay, now I get an opportunity.... he’s just steady. Stays the course. He’s made himself available, made himself vulnerable through this whole process. He’s prepared behind the scenes. His minutes in the second half were so important defensively against their two studs (Jayson Tatum and Jaylen Brown), and then offensively, he just gave us a facsimile of a lot of the stuff we do with Jimmy. And I mean that as the ultimate compliment.”

This isn’t the first time during these playoffs that Oladipo has had to be ready to jump right in and be a determining factor when his number was called. Oladipo was actually outside of Miami's rotation in the first round against the Atlanta Hawks. However, he ended up being one of the key reasons for the Heat's 97-94 win in Game 5, which could have easily gone in the Hawks favor. Oladipo poured in 23 points, 3 assists and 3 steals, while shooting 50% from the floor and 50% from three. After that game, his play was featured in ESPN's highlight reel and his stat line jumped out when looking at the box score.

But again, if he hadn't been ready when his number was called, none of that would have been possible. Time and time again, Oladipo has shown that when given the opportunity, he can produce at a high level and be a game-changing player. Any questions about his past injuries (including a ruptured right quadricep tendon) should be laid to rest as he's proven that he's back in terms of his lateral movement, athleticism, ability to create his own shot, outside shooting and transition defense.

“Signing Victor Oladipo [to a veteran-minimum deal] was one of the biggest steals in NBA history for the Miami Heat," said Daniel Abraham, Oladipo’s former AAU coach. "To get a former All-Star and All-Defensive Team player still near his prime like that for very little and be able to wait patiently for him to get healthy is the type of move that will likely land them in the NBA Finals! And if you know Vic like I do, you know the level of the dedication and work ethic he has always had, so none of this would surprise you.“

Many in the NBA world were ready to write him off into irrelevance after he re-injured his leg in 2020 and got traded twice. In January 2021, Oladipo was traded to the Houston Rockets in the four-team blockbuster deal that also sent James Harden to Brooklyn and Caris LeVert to Indiana. Two months later, the Rockets sent Oladipo to Miami for a first-round pick swap, Avery Bradley and Kelly Olynyk.

But with all that behind him, Oladipo is proving all of his doubters wrong. He is far from finished and he has proven that he's still capable of being an impact player and a X-Factor for his team — whether it’s by solely playing defense on one of the best scorers in the league or stepping in and being one of the game's high scorers himself. Regardless of his role, Oladipo will have the right attitude and energy, even if those opportunities don’t present themselves each and every game.

This is the type of player whom any organization would want on their team, and Oladipo should receive plenty of interest from teams when he hits unrestricted free agency this summer.