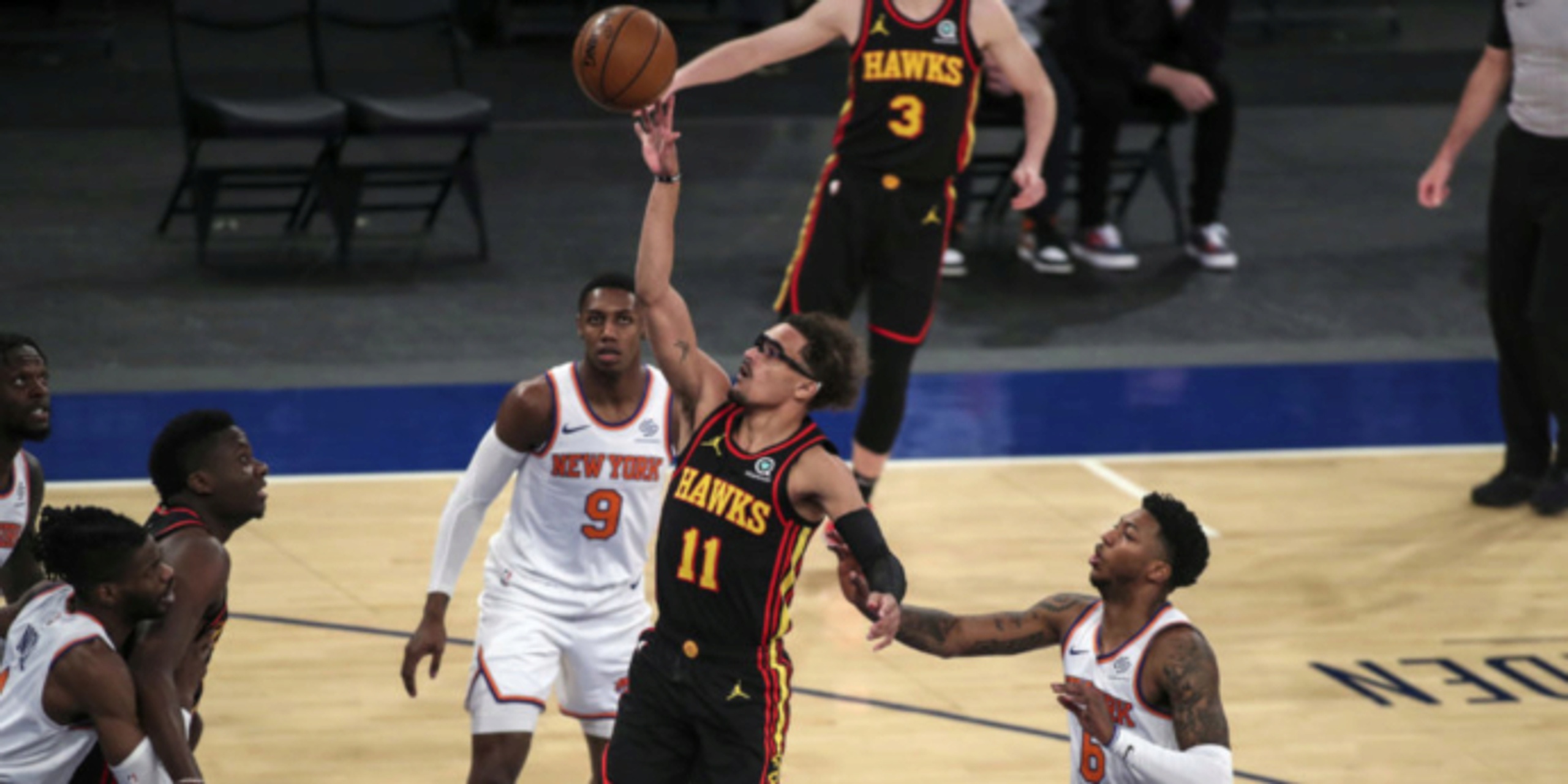 Trae Young (ankle sprain) ruled out for rest of game vs. Knicks

Update: X-Rays negative on Trae Young, Hawks say. They have an MRI scheduled tomorrow in Atlanta on Young's ankle.

ANALYSIS: Young went down hard during a drive to the basket in Wednesday night's matchup against the New York Knicks, and was later ruled out for the rest of the game. For now, the Hawks are calling it just a sprain, but expect some clarification on the severity of the sprain to come shortly. Atlanta center Clint Capela also went down after a hard fall, but was able to return to the game shortly after.

Young is averaging 25.4 points, 9.5 assists, and 4.0 rebounds in 34.3 minutes per game. The Hawks, who currently sit fourth in the Eastern Conference, will hope that Young's injury won't force him to miss extensive time as the team continues to battle for playoff positioning.

Trae Young goes down with an apparent lower leg injury...Prayers up. 🙏