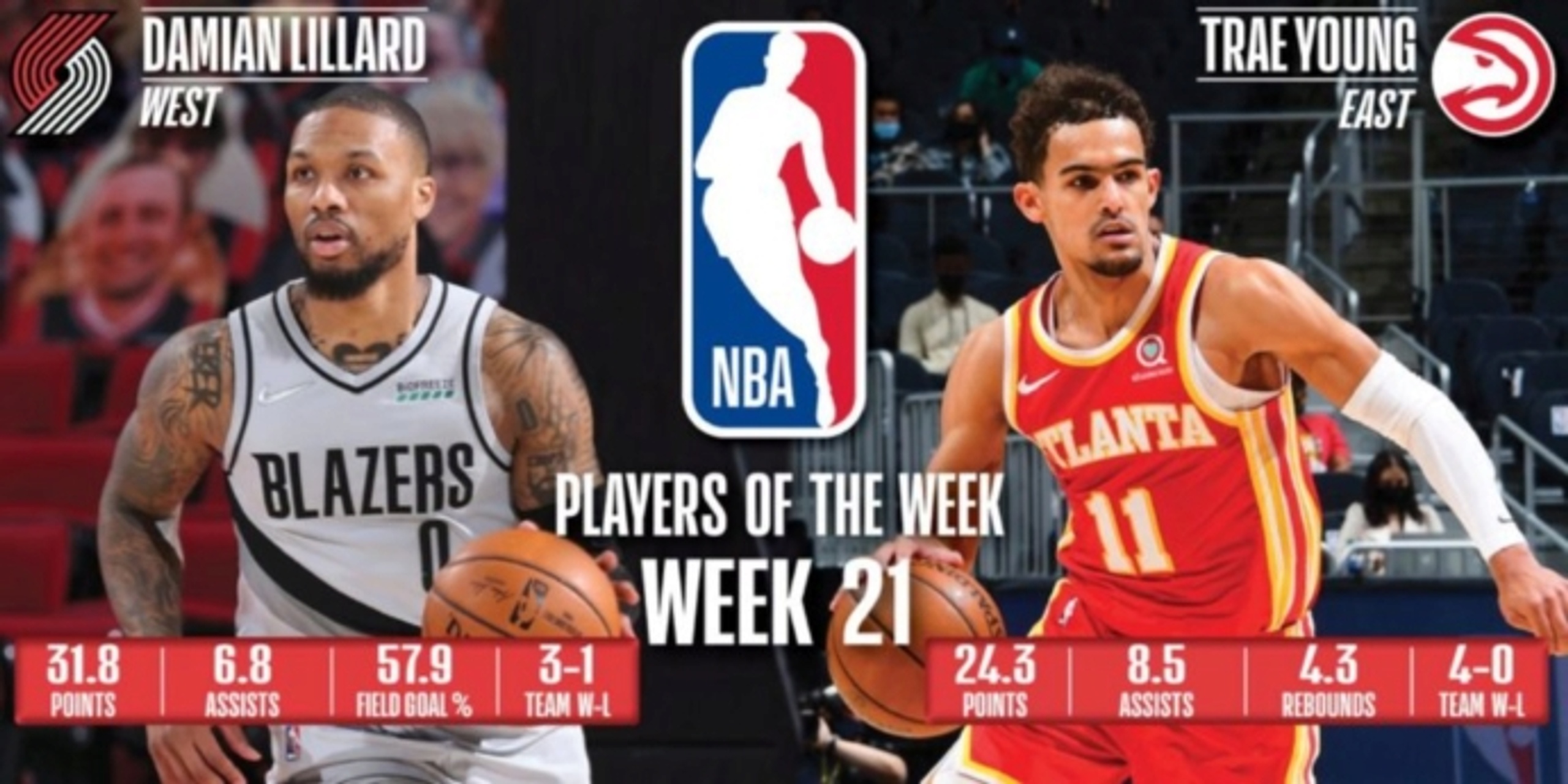 Trae Young of the Atlanta Hawks and Damian Lillard of the Portland Trail Blazers have been named NBA Players of the Week for the final week of the regular season.

Young averaged 24.3 points, 8.5 assists and 4.3 rebounds per game in a perfect 4-0 week for the Hawks. His week included a 36-point outburst and 33-point barrage in two games against the Washington Wizards.

In the West, Lillard helped Portland go 3-1 while averaging 31.8 points and 6.8 assists per game. The star guard dropped 41 points in a one-point loss to Phoenix and finished off the season with 22 points and 10 assists in a win over the Denver Nuggets.

Both players helped their teams make the playoffs and bypass the play-in tournament. Atlanta is the fifth seed in the East bracket, while Portland is sixth in the Western Conference.