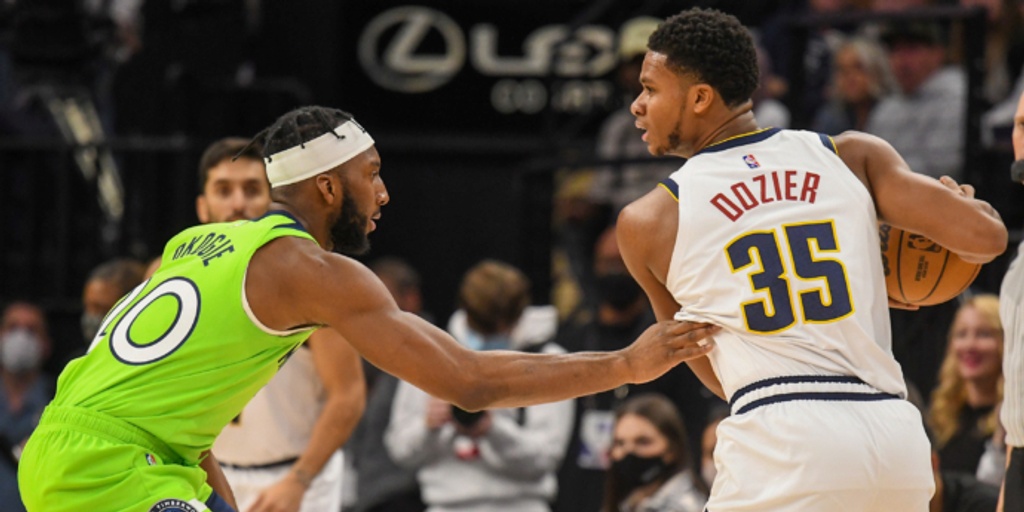 Free-agent wing PJ Dozier has been signed by the Minnesota Timberwolves, according to ESPN's Adrian Wojnarowski.

After bouncing around his first few seasons, with stints in Oklahoma City and Boston, Dozier was able to find a home in Denver. Over the past three seasons, he's been able to carve out a niche as a wing defender and good-for-his-position rebounder.

With the loss of Jarred Vanderbilt (traded to Utah) and Josh Okogie (signed with Phoenix), there could be a pathway to earning regular season minutes if he proves healthy.

If the jumper comes around at all -- he's converted just 32.6% of his spot-up threes in his career, per Second Spectrum -- there's rotation-player upside here.