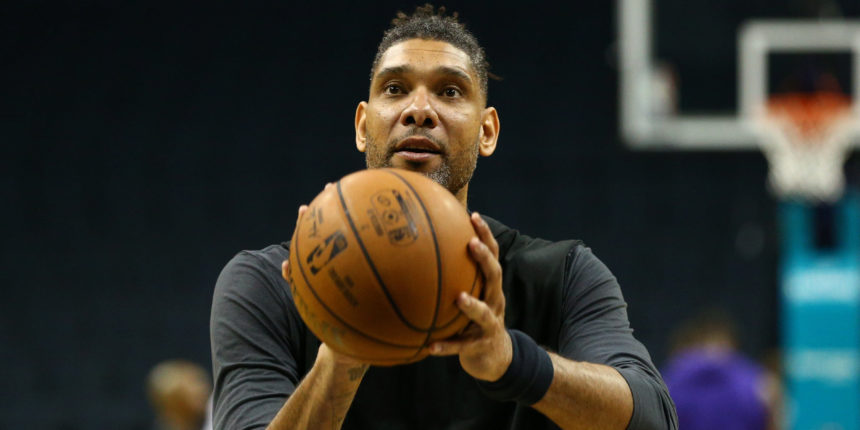 Tim Duncan is arguably the greatest power forward in the NBA’s history and one of those rare players that stayed with the same franchise his entire career. Though he has stayed away from the public spotlight since his retirement, Duncan did make a guest appearance on The Ringer Podcast – he talked about his NBA journey and shared how he feels about the game today.

Throughout his career, Duncan established hilmself as one of the nicest guys in the league who rarely communicated with opposing players, even if they were trash-talking him. Ask KG, he knows all about it. Duncan almost never got into it with the referees, although we all remember his incident with former ref Joey Crawford. All in all, Duncan got along with nearly everyone in the league. However, one of the things he doesn’t like about the NBA today is the way it’s officiated – not protecting the big men in the post.

“There’s a lot of things that I like and enjoy about it, and there’s a lot of things that I hate about it,” Duncan said on an interview with The Ringer podcast in Jan. 2021. “I hate the way the game’s being officiated at times, how they’ve underpowered the effect of a post player so that you’re allowed to beat the crap out of a post player. You’re allowed to take him off his spot. You’re allowed to hit him, bump him while they’re shooting. But if you turn and face and go out to the 3-point line, and you shoot the ball and fall down, all of a sudden, the whistle is blown.”

The league today is, more than ever before, a shooting-oriented game in which shooters and slashers have the system built around them to a certain degree. According to Duncan, shooters are protected by the officials while at the same time, they are hurting the presence and effectiveness of post players.

Duncan assumes that the league is pushing for high-scoring games, which are nowadays quite frequent – the complete opposite of what it looked like when he played. In the early and mid-’00s, it was normal that teams not score more than 90 points, which is nothing compared to the offenses of today.

“It’s a weird dynamic. I think it kind of goes up and down as the game changes," Duncan said. "The NBA wants more scoring. They want to see the 130-, 140-point games. They don’t want the battles, the 80- and 90-point battles that we used to have back in the day. They want it high-paced. They want a lot of 3-point shooting. They want it up and down."

Everything Duncan said makes complete sense, and this trend has been going on for the past couple of years in the NBA. It’s definitely a shooters' league, and it’s truly a rare occasion when a player scores from the post like Duncan did so many times in his career. Whether this trend will remain in the NBA or not is yet to be seen. But, as Duncan said, there are some things that the league has done a tremendous job at, while there are still some things that need improvement.