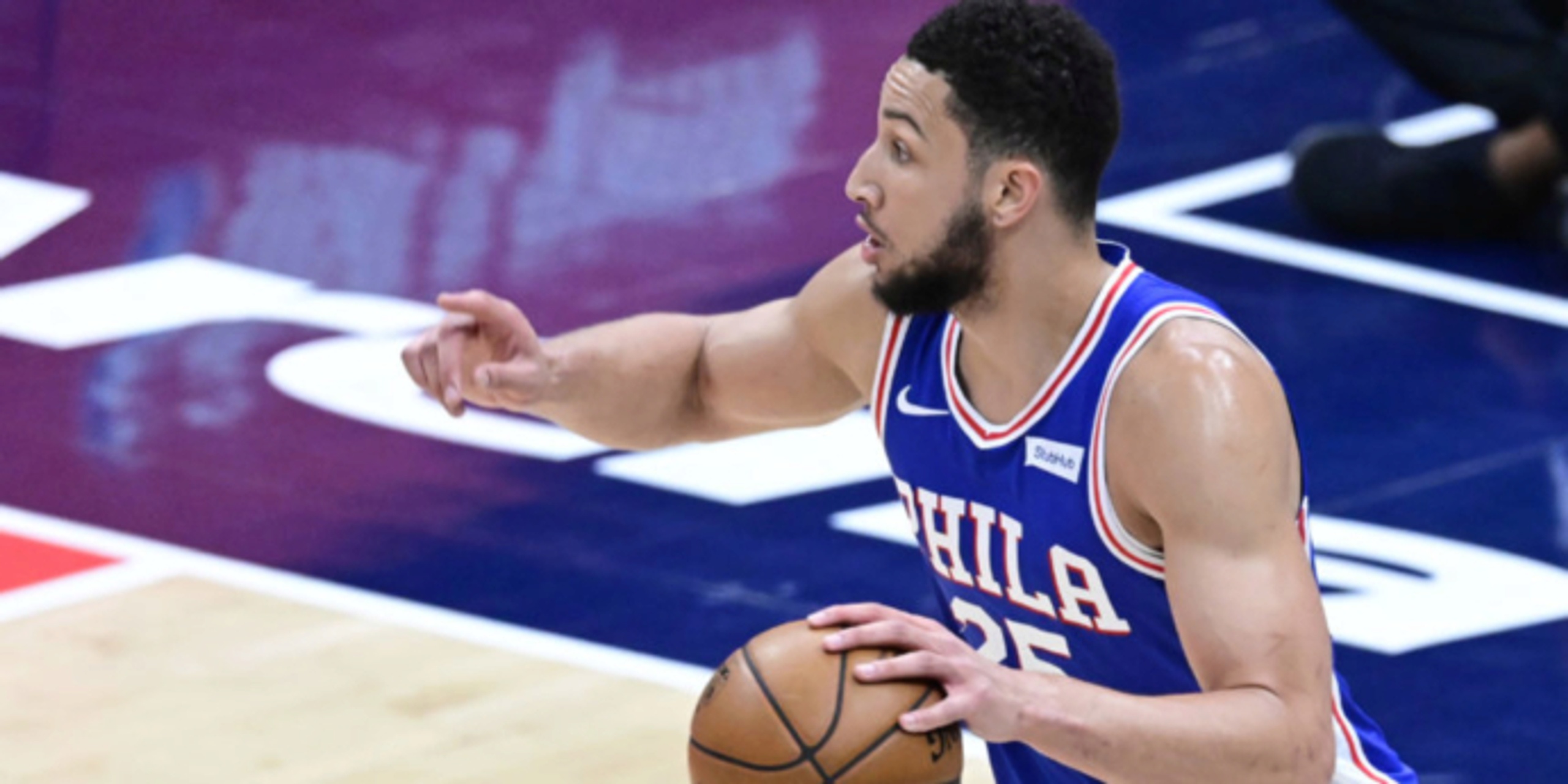 The Sixers must unlock Ben Simmons in Game 5

Two minutes into the first quarter of Game 4, Russell Westbrook trots into a pull-up jumper at the left elbow. He missed, as he would 14 more times from that point en route to a 3-of-19 performance. Joel Embiid grabs the rebound, takes a dribble, then pitches the ball to Ben Simmons.

This is where the magic happens.

Simmons jogs up the floor, then veers slightly to his right. Seth Curry, filling the right wing, runs into Westbrook before pushing off and relocating above the break. The subtle shove acts as a screen -- a ghost screen, really -- and forces a (soft) switch between Westbrook and Rui Hachimura.

Hachimura now has to deal with Curry in space. Curry wins the battle, getting Hachimura off balance with a series of moves before getting to the basket.

This is a relatively nondescript possession on the surface. It's notable, though, because according to both InStat and Synergy tracking data (had to make sure I wasn't tripping), this is the only possession that Simmons logged as a pick-and-roll ball-handler.

Even that isn't a huge deal on the surface. The Sixers have rightfully run their offense through Joel Embiid. They've gotten the goods from Tobias Harris this season. They've run enough quick-hitting dribble handoffs or off-ball staggers for Curry to bend the defense that way.

Simmons operating as a pick-and-roll initiator hasn't been a huge priority. He logged just 4.8 possessions per game in that realm during the regular season, a marked decrease from last season (6.4), per Synergy.

But the calculus changed on Monday night.

The Sixers weren't able to run the offense through Embiid, because he got hurt toward the end of the first quarter. ESPN's Adrian Wojnarowski reported on Tuesday afternoon that Embiid is doubtful for Game 5.

With Embiid out for most of Game 4, that meant more Dwight Howard and Simmons in the frontcourt -- an alignment that has never looked good.

Per PBP Stats, the Sixers generated a 107.1 offensive rating with Simmons and Howard on the court together during the regular season. That's over 13 points worse than the Simmons-Embiid combo. The difference has been even more stark in the postseason, though the smaller sample size leads to wonkier numbers.

It's easy to see why that pairing hasn't worked. In the half-court, Simmons typically oscillates between roaming (and sometimes screening from) the dunker spot or executing hard cuts from the slot. Those are tight fits from a spacing standpoint, which is why Embiid's scoring gravity is so important.

Simmons hanging around the dunker spot works because teams have to double Embiid on the block. If the help comes from the baseline, the rest of the defense has to shift around that, opening the door for Simmons to stress the weakside defender with deep seals or screens.

Take this play for example.

Going back to Game 4, the Sixers did opt to go with a Simmons-Mike Scott pairing in the second half. It was technically successful, though it was a far cry from what you saw from Simmons-Embiid, because "duh."

Scott is more of a spacer in theory than he is in practice at this point -- he drained just 34% of his threes this season -- but that particular frontcourt pairing may be Philly's best chance at a 5-out alignment unless they go all the way small.

They can do that. The Curry-Green-Harris-Simmons quartet is a strong enough foundation; going with George Hill or Furkan Korkmaz are options. The issue there is two-fold.

Sifting through the lineup data at PBP Stats and NBA.com, Simmons has simply not logged much time with him operating as the true (read: only) big on the floor.

The Curry-Hill-Green-Harris-Simmons lineup logged a singular minute in the regular season. Swap out Hill for Korkmaz, and you have a five-minute sample. Swap out Korkmaz for Shake Milton, and it's a two-minute sample. You get the point.

Beyond the willingness to go that small, Simmons' usage in those minutes has been... questionable. I'm not sure the Sixers can afford a repeat of Game 4, in which Simmons was mostly used as a dunker-spot threat as opposed to a ball-handler or even a screener.

Where were the inverted ball screens from Curry for Simmons? The Sixers scored north of 1.3 points per possession during the regular season when Curry screened for Simmons, per a source with access to Second Spectrum tracking data.

Heck, where were the actions like this that got Simmons rumbling downhill with an empty corner?

The Sixers go with "Miami" action -- a dribble handoff that flows into a pick-and-roll -- to get Curry attacking on the move.

This is ultimately a blown coverage -- my read is that Westbrook messes this up -- but the idea is sound. Use Simmons as a screener with an empty corner and you'll either have him attacking a gap with a full head of steam, or you'll force a switch that he should be able to pulverize with optimal spacing around him.

With Embiid unlikely to suit up in Game 5, the Sixers will need to find more avenues for Simmons. Emptying that corner for him to work as the screener or the ball-handler is low-hanging fruit. They'll need to grab it all if the Simmons-Howard frontcourt has to log more minutes. They'll especially need to grab it if Harris continues to cool off.

Of course, Simmons will need to hold up his end of the bargain. He'll have to force the issue, in terms of his usage and with the level of "oomph" he attacks with. That aggression could and should lead to rim attempts. Those rim attempts should lead to free throw attempts. I don't need to explain why his 25% clip in this series won't cut it.

The Sixers' entire regular-season run had a "can-they-score-in-the-half-court-when-it-matters" cloud hovering over it. With Embiid currently out, and with the Sixers on the verge of advancing deeper into the postseason, now is the time to find the answer.