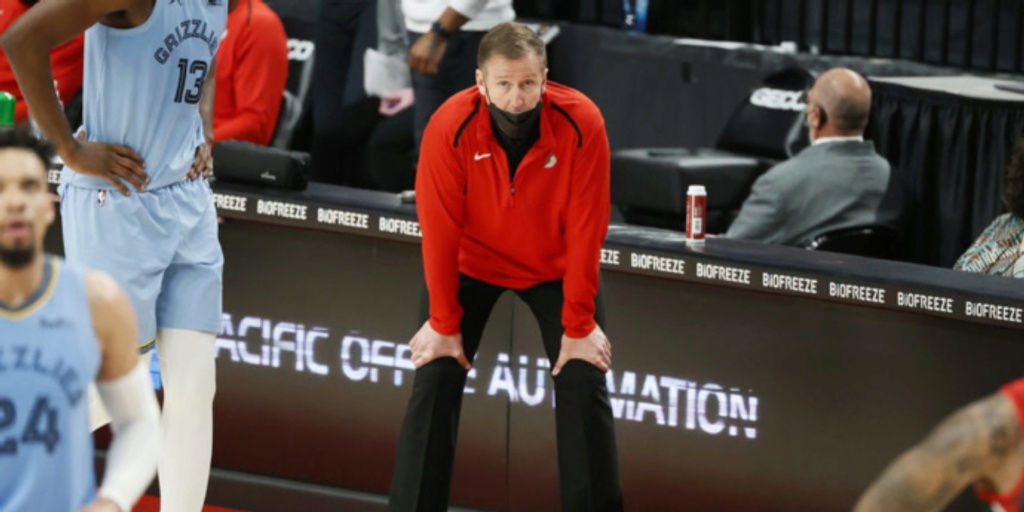 Terry Stotts on the hot seat in Portland?

"Portland has plunged steeply in March, having dropped 10 of 15 games and stationed in play-in territory as the No. 7 seed. It’s a disheartening period that will likely end up costing coach Terry Stotts his job, a position he’s held for nearly a decade," Haynes wrote.

But Portland has recently sputtered this season, going 5-10 in April and falling to seventh in the Western Conference. The Blazers have the sixth-best offensive rating (116.6 points per 100 possessions) and second-worst defensive rating (116.4) in the NBA.