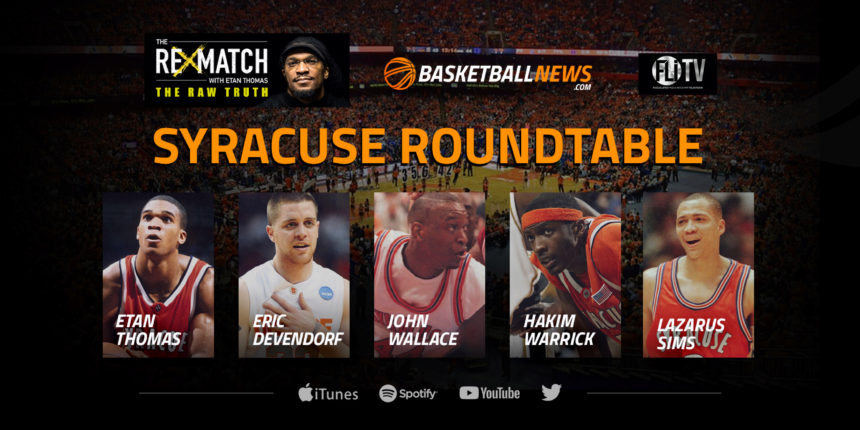 Etan Thomas
Jan 7 2021



BasketballNews.com assembled a number of Syracuse Orange greats to discuss the 2020-21 NCAA season, the state of college basketball, their favorite moments at Syracuse University, untold stories and more. This Syracuse roundtable includes:
John Wallace - The forward starred at Syracuse from 1992-1996 and he has the third-most points (2,119) and third-most rebounds (1,065) in program history. In 1996, Wallace led the Orange to the Final Four and was named a consensus second-team All-American. Syracuse retired Wallace's No. 44 jersey, and he went on to play seven years in the NBA.
Hakim Warrick - The big man was with the Orange from 2001-2005, and he helped Syracuse win their 2003 NCAA championship. Warrick is the program's fifth-leading scorer (2,073 points) and fourth-leading rebounder (1,025) of all-time. He was a consensus first-team All-American and was named the Big East player of the Year in 2005. Warrick played in the NBA and overseas for over a decade.
Etan Thomas - Before he was a writer and podcaster for BasketballNews.com, Thomas was a dominant big man for Syracuse from 1996-2000. He is the program's all-time leading shot-blocker (424). He was the Big East's Defensive Player of the Year in 1999 and 2000, and he won the Big East's Most Improved Player award in 1998. Thomas went on to play 11 seasons in the NBA.
Eric Devendorf - Devendorf suited up for the Orange from 2005-2009, and he is the program's 14th-leading scorer of all-time (1,680 points). He played professionally for seven years, including stints in the G League and overseas. Devendorf returned to coach at Syracuse from 2016-2018.
Lazarus Sims - Sims played at Syracuse from 1992-1996 and he was the team's starting point guard during their Final Four run in 1996. He recorded the 10th-most assists (432) in program history. After an 11-year professional career, he joined Jim Boeheim's staff as a player development coach in 2007. He's currently the head coach of the TBL's Tampa Bay Titans.
MORE:
Podcast
NBA
NBA News
NCAA 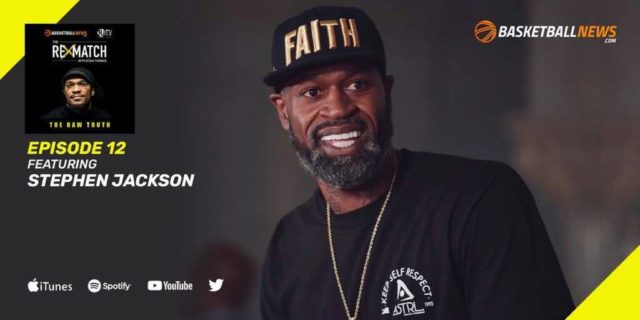 Stephen Jackson on George Floyd, 'All The Smoke,' transitioning to media and more 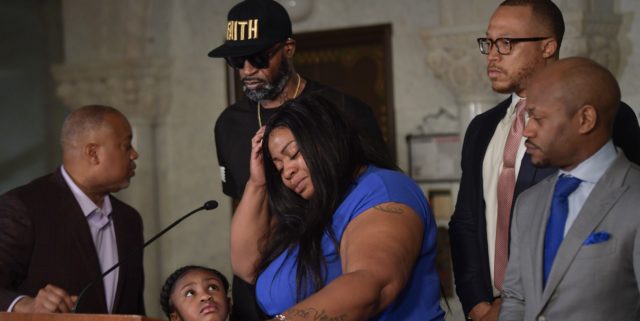 Stephen Jackson on fight for George Floyd: 'It's way more important than basketball' 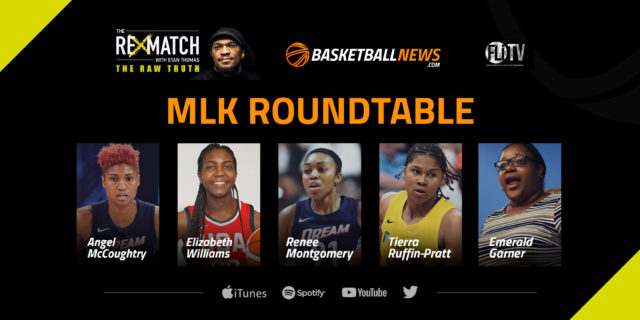 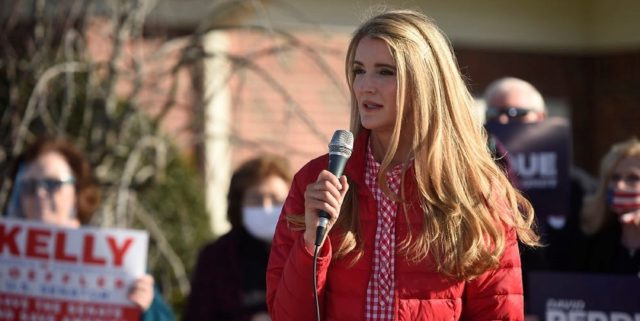 WNBA players get another athlete-activism win as Loeffler sells Dream