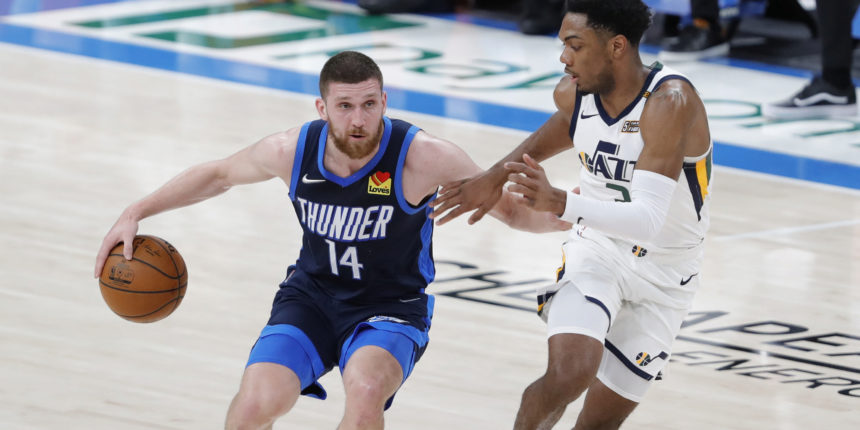 Free agent G/F Svi Mykhailiuk has agreed to a two-year deal with the Toronto Raptors, his agency tells The Athletic.

ANALYSIS: Charania adds that the deal includes a player option for the second year. Mykhailiuk played for the Detroit Pistons and Oklahoma City Thunder last season, averaging 8.5 points per game across both stints. The 24-year-old should serve as a nice boost of shooting for Toronto; he has canned 36.2% of his threes in three seasons.