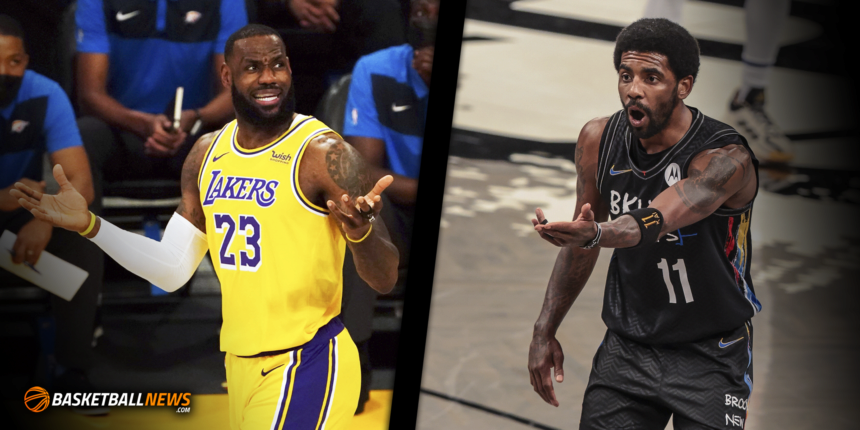 Study: Who's the most-hated team in the NBA right now?

Every year, there’s an NBA team that is cast as the villain for that season. For example, the 2010-11 Miami Heat were despised after signing LeBron James, Dwyane Wade and Chris Bosh (and the trio even played into it and initially embraced the villain role).

Who is currently the most-hated team in the NBA?

The folks at BetOnline.ag, a sports betting site, wanted to find out. They examined geotagged Twitter data over the last month, tracking tweets, hashtags and direct keyword phrases about every NBA team.

They examined over 90,000 tweets over a 30-day period to figure out the most-hated team in each state. So if you tweeted, “I hate the Lakers,” over the last 30 days, your tweet contributed to these findings.

Here’s the map of the United States, with each state’s most-hated team:

As you can see, the Brooklyn Nets are currently the most-hated NBA team across most of America (25 states). This isn’t a huge surprise, as they are the NBA’s newest super-team, and they have several polarizing stars (and people were pretty upset about their buyout additions, Blake Griffin and LaMarcus Aldridge, too).

However, the Los Angeles Lakers aren't too far behind with 21 states.

"The combination of Kevin Durant, Kyrie Irving and James Harden seems to have been enough to finally flip the country’s hatred of the Los Angeles Lakers [to the Brooklyn Nets], said BetOnline.ag’s Brand Manager Dave Mason. “The only difference is the Lakers are also one of the league’s most-loved teams… with most of this sentiment arguably coming just from the love or hate of LeBron James.

"It’s interesting to see the New England area switch from being perennial Lakers haters to Nets haters, and Kyrie Irving probably has a lot to do with that. All in all, it’s safe to say that a lot of people don't like to see these teams win."

Is this data accurate? Does your state have a different NBA team that should've been the most hated? Send us your thoughts on Twitter (@basketbllnews).