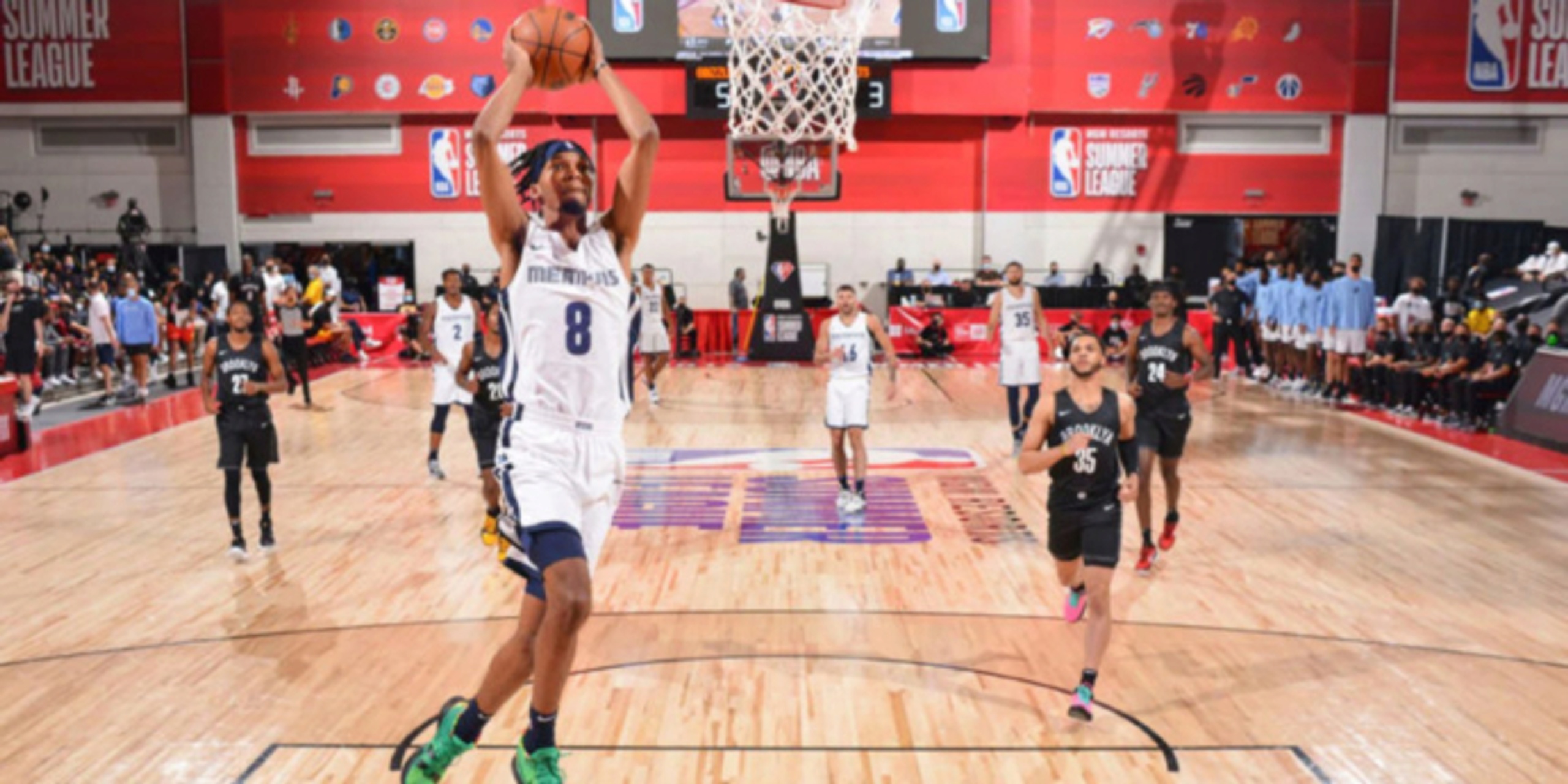 Studs and duds from the fourth day of NBA Summer League

NBA Summer League rolls on, and after four days of action, 28 of 30 teams have competed in multiple games.

We're already seeing prospects figure things out in their second efforts. Viewers also tuned into the first sudden death overtime finish, seeing Max Strus ice things for the Miami Heat in a 97-94 victory over the Memphis Grizzlies. We got another when the Utah Jazz beat the Dallas Mavericks, 81-80. In general, games were close and competitive on Wednesday.

Below are some stud and dud performances that defined Day 4:

McBride was electric for New York in the 91-82 win over the Los Angeles Lakers. The former WVU Mountaineer is already recognized as one of the best guard defenders in his draft class. But McBride is also an offensive threat, and he showed it Wednesday by hitting all six threes off the catch and off movement.

He also made smart passes as the secondary ball-handler next to Immanuel Quickley. McBride likely won't be a true point guard to start his career, but this type of performance shows he can earn playing time in a variety of different roles.

Strus is a dynamic shotmaker, plain and simple. He obviously showed that on Wednesday. But this final shot — I mean, can we talk about the sense of swagger? To get the ball off the opening tip-off of sudden death double-overtime, stroll up to the three-point line and call game... That's cold. Strus made one of the highlights of NBA Summer League so far with that play.

Naji Marshall with the perimeter lock-down defense on Mann! pic.twitter.com/8D4aRVcqd3

The second-year Pelican did a little bit of everything in New Orleans' 80-65 win over the Thunder. Marshall has a nice handle and good vision as a 6-foot-7 wing. He also made open threes, attacked the basket and beat defenders off the dribble with impressive burst. Then he came back and guarded multiple positions on defense. I'm intrigued by the number of different solid skills the 23-year-old already has with his size and speed.

Ziaire Williams adjusts the ball mid-flight to get finish the baseline drive despite Yurtseven's contest. pic.twitter.com/7X66aEaEhO

The tenth overall pick in this year's draft demonstrated the shotmaking potential that helped enamor the Grizzlies. Williams canned four three-pointers off the catch — a major positive, considering he made just 29% of his threes at Stanford. He also attacked the basket, finishing with floaters and the nice contact layup shown above. One of the biggest pre-draft questions with Williams was if he could handle NBA physicality with his thin frame. He did a great job of addressing that on Wednesday.

Unlike Williams, Aldama did not take a major leap forward on Wednesday for the Grizzlies. He moved into the starting lineup and played 19 minutes, but again struggled with the oppposing strength and could not make his threes. Aldama is now just 2-for-16 from the field in summer league play and 0-for-9 from beyond the arc.

Just a tough off-day from Maledon, who couldn't buy a three-pointer in what was largely a team-wide slump against the Pelicans. Maledon did attack the basket with mixed success, and as one of the most experienced players on the team, looked comfortable running the offense with rookie Tre Mann. I'm not concerned about this dud; Maledon got to his spots on the court, but just didn't have the touch.

Knight hasn't been a profound negative for the Nets, but he's not making the type of impact he needs to for him to claw back into the NBA. The 29-year-old was inconsistent around the rim and simply off from three — both areas of trouble as a pro. He is a cumulative 5-for-21 from the floor and 2-for-13 from long range through two contests. Knight has to turn things around in order to leave NBA teams with a positive impression.