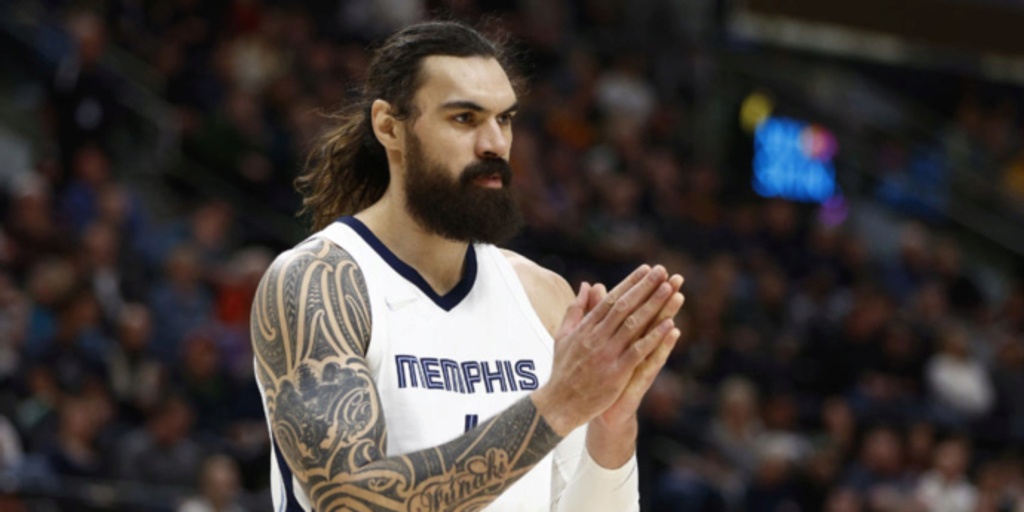 Steven Adams' return has upsized this series for the Grizzlies

During the regular season, Jaren Jackson, Jr. fouled out three times in 78 games. Aside from his brief 2020-21 stint, those three foul-outs represented the lowest mark of his four-year career.

During the first eight games of the 2021-22 playoffs, Jackson matched that number.

This is not a random occurrence. Jackson improved his discipline and technique this year, but he also was the beneficiary of enjoying a ton of time alongside Steven Adams. The Kiwi center was benched after Game 1 against the Minnesota Timberwolves, then entered health and safety protocols before returning in Game 4 of the second round.

Adams’ presence has rippled across Memphis’ entire team. Despite Ja Morant being sidelined for Games 4 and 5, the Grizzlies narrowly lost Game 4 in San Francisco and rollicked the Warriors, 134-95, in Game 5 to extend their season. The grandest impact of Adams’ return, though, has been enabling Jackson to stay on the floor and wield his tantalizing two-way portfolio.

His 34 minutes in Game 4 matched a playoff career-high, while he only picked up three fouls in 25 Game-5 minutes, tying his low-water total of this postseason. His 21 points in back-to-back contests are his second- and third-highest scoring clips.

With Adams on the floor during the regular season, Jackson averaged 5.1 fouls per 100 possessions. Without his veteran running mate, that spiked to 6.9 fouls. The disparity has heightened in the playoffs, falling to 4.5 and then vaulting to 8.8, respectively. When Adams exits the floor in the playoffs, Jackson’s True Shooting percentage tumbles from 61.1 to 52.9.

Although the Grizzlies still typically flanked Jackson with a big in Adams’ absence, whether it was Xavier Tillman or Brandon Clarke, Adams is a dependable backstop defensively in ways the other two are not.

Jackson thrives as a roamer, soaring into events with his mobility, length and awareness. Yet he also struggles to control his movements when only afforded a moment’s notice, which leads to gaudy foul outputs.

Adams’ deterrence and delaying of actions, given the size and strength advantage he holds over the other two big men, provides Jackson the time he needs to properly diagnose plays and influence them without fouling. Precision is everything as a rim protector and helper. Adams helps ensure Jackson’s rotations are precise.

In amplifying Jackson’s defensive talents, Adams also invites him to play more. Because Jackson only had four fouls until 10 seconds remaining (after entered the fourth with two), Memphis closed with him at the 5 in Game 4. Golden State missed a ton of triples, but encountered mighty trouble targeting him on switches or attacking him around the basket much of the night.

Whenever he’s stayed on the court this postseason, his defense has been superb. Per NBA.com, opponents are shooting 12% worse than their average on shots within 6 feet of the rim against Jackson. The problem has been staying on the court. Adams is remedying that problem.

Not only is Adams elongating Jackson’s run of playing time and heightening his defensive value, he’s unlocking his scoring chops. Draymond Green was generally toggling across frontcourt assignments whenever Clarke or Tillman shared the court with Jackson. During minutes with Adams, in an aim to neutralize him on the glass, Green has predominantly tethered himself to Adams rather than Jackson.

That’s a welcomed plotline for Jackson. He is 4-of-18 for 14 points (35.4% TS) with Green on him, struggling to fire jumpers cleanly, finish in the paint or draw fouls. When any other member of the Warriors has guarded him, he’s 28 of 64 for 89 points (59.3% TS), applying his length, touch and size to generate compelling shots.

It’s not a coincidence that his three best scoring performances of the series have occurred when Green was ejected early (Game 1) and Games 4-5, when Green isn’t seeing many minutes against the fourth-year big.

Jackson’s long ball is more subject to variance than anything else, but in the three games Adams has suited up for rotation minutes, Jackson is 13 of 26 (50%) on 2-pointers. In eight games without Adams, Jackson is 15 of 46 (32.6%). Mismatch-hunting is his most reliable form of interior scoring, and Adams is best equipped among his frontcourt mates to produce those mismatches.

Adams’ mere existence as a slingshot for Jackson’s game isn’t the sole manner in which he’s cast his shadow upon the series. His offensive rebounding, screening and high-post playmaking are all enhancing the Grizzlies, who have outscored the Warriors by 45 points during his 49 minutes.

One of Memphis’ best traits is their ability to bounce between play styles with and without Morant. When he’s unavailable, they scale up Tyus Jones’ role, increase dribble hand-offs for Desmond Bane and crash the offensive glass even more. Adams factors into all three components, and that’s remained the case in Games 4 and 5. He has chiseled openings as a screener, preserved possessions on the boards and set up teammates with his facilitating.

He also possesses an aura of deterrence and attention that the 6-foot-8, 245-pound Tillman does not. At 6-foot-11, 265 pounds, Adams occupies substantial concern from offensive and defensive players. It’s by no means the headlining facet of his value, but it’s nonetheless apparent on both sides of the ball and a boon to the Grizzlies.

Every year, the playoffs reveal themselves to be matchup-dependent festivities. Round 1 against the Timberwolves, with the mobile, sweet-shooting Karl-Anthony Towns, was not necessarily a favorable context for Adams. But Round 2, against an undersized Warriors team short on rim pressure, has proven to be his platform.

By easing responsibilities for Jackson, complementing Memphis’ primary ball-handlers sans Morant and exploiting Golden State inside, he’s quickly demonstrated why this is his matchup to flourish.