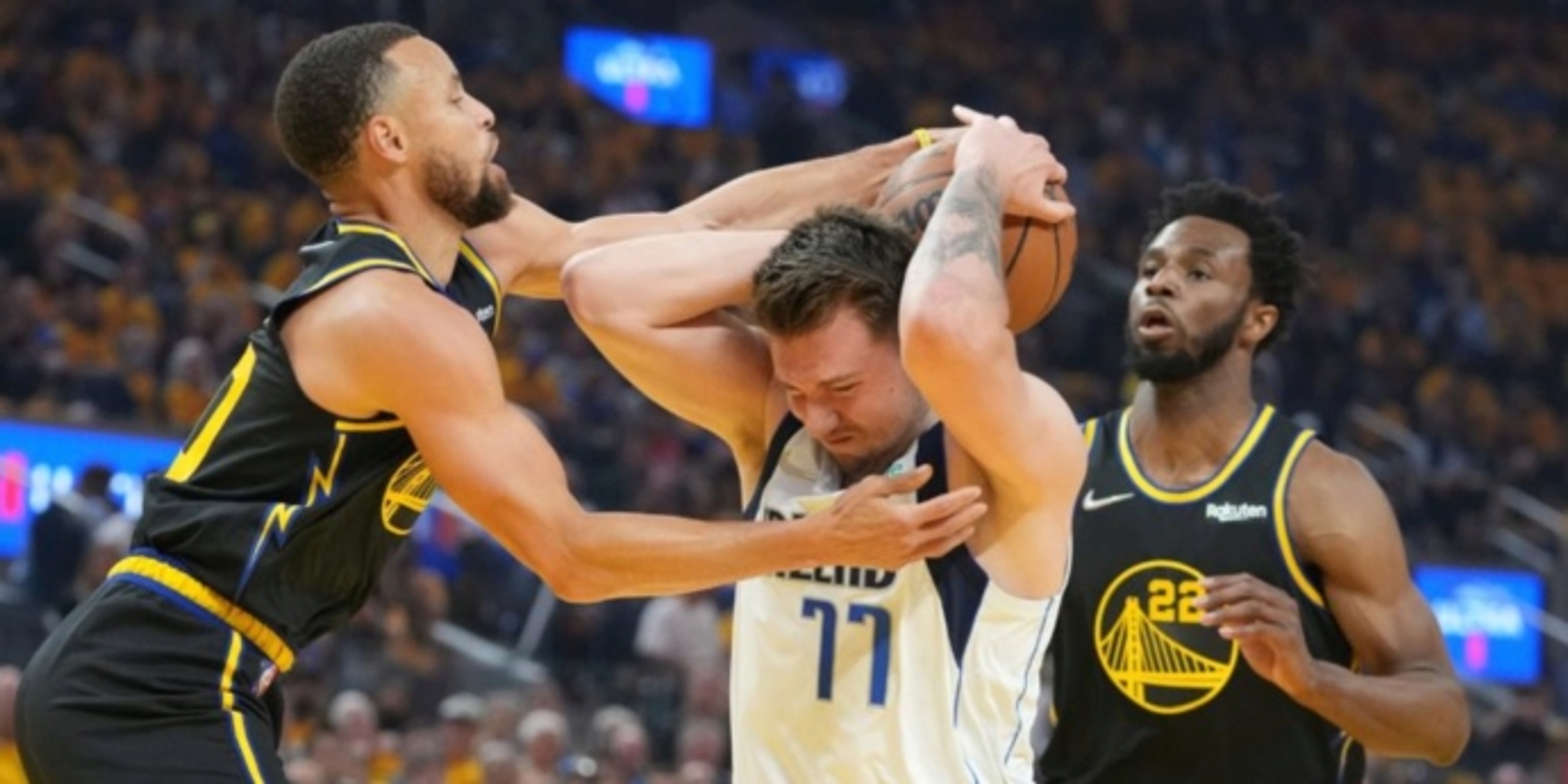 Stephen Curry's defense continues to shine for the Warriors

All year, it’s been an abnormally frigid campaign beyond the arc for Stephen Curry.

He shot 38% from deep during the regular season, a career-low and the first time he’s ever dipped below 41% (his five-game 2019-20 season notwithstanding). Through 12 playoff games, he’s at 35.7% from three-point range — the worst mark of his eight postseason appearances.

Given his volume and degree of difficulty, neither mark is truly bad. But they are low based on his standard, and that’s the barometer here. As a reminder, “bad” for Curry still means 26.4 points per game on 60% True Shooting. Just don’t forget that. The decline is from supernova scorer to very good scorer.

Where Curry has maintained a widely rosy outlook, and what’s helping him carry on as a superstar, is his playmaking and defense. Bouts of sloppy passes still arise intermittently. However, he’s thrived as a facilitator and defender this season, perhaps enjoying the top campaign of his career in each regard.

Due to a month-long hiatus, the passing required a little rust to be shaken off before he began cooking again in the playoffs. What required virtually zero buffer period is his defense. Since Game 1 of the first round against the Denver Nuggets, Curry’s defensive exploits have amplified the Golden State Warriors’ championship pursuits.

Steph Curry had the perfect reaction to being called a two-way player. 😅

The caliber of assignments have bounced around, but he’s crafting a highly versatile impact. He’s often hedging on ball-screens to avoid mismatches in isolation, yet he’s also held his own on numerous occasions to stymie creation attempts.

Will Barton, Austin Rivers and Monte Morris all struggled to commandeer offense against him in Round 1. Dillon Brooks and Desmond Bane, the latter of which was hobbled by a back ailment for much of the series, also encountered difficulty. Even Luka Doncic didn’t seamlessly chisel his way to the rim when Curry switched onto him in Game 1. The Warriors’ timely help contributed, but Curry offered notable resistance on Wednesday.

He’s skinnying over screens to stay attached or prompting people to reject them altogether. Between his strength and lateral quickness, ball-handlers aren’t turning the corner with routine success. Through two-plus rounds of playoff ball, he’s absolutely been a very good on-ball defender.

All of those clips don’t even include his resume as a playmaker. Whether it’s directly altering shots, ripping the ball from an opponent’s clutches or poking the rock out of bounds, Curry’s dexterity and stout center of gravity are flummoxing players.

Rivers and Brooks experienced the most significant issues, though they’re hardly alone in this phenomenon.

According to NBA.com, players are 46-of-117 for 122 points (49.7% TS) with 20 turnovers when Curry is the primary defender. On the 868.2 partial possessions he’s been involved in as a primary defender, the opposition has scored 882 points these playoffs (101.6 offensive rating).

Despite wielding his strength and hands to disrupt actions, Curry is largely staying out of foul trouble. He is averaging 3.4 fouls per 100 possessions and, through 12 games, he has just one outing with more than three fouls.

On-ball sequences are far from his sole talent in the postseason. He’s also a terror off the ball. Although Bane was hampered early on by a back injury last round, his foibles were exacerbated by Curry regularly detonating dribble handoffs or back-cuts to engulf the sweet-shooting wing.

Ball denial has been a reliable area of expertise for the three-time MVP, and his closeouts are following suit. He’s scurrying to shooters under control and with high hands to delay, dissuade or influence jumpers. On help-the-helper scenarios inside, he’s crashing down at the proper moment to eliminate passing angles.

His start-stop ability enables him to mirror off-ball motion and contain shooters off the catch; his strength complicates their aim to generate separation or an advantage.

Fixate on Curry for a defensive possession off the ball this round and you’ll likely witness a sound rotation, closeout or ball denial. His defense is superb across numerous contexts right now.

Curry is reading offenses like an elementary book these days. Not only is he honing in on his own assignments, his off-ball awareness is brilliant. He’ll slide in to help on an unattended player in the paint and immediately toggle back to his responsibility when necessary. The timeliness with which he’s functioning is laudable.

Truly absorb the impact of these clips and recognize what he’s doing defensively. Look how many shots in the paint or potentially open threes he prevents.

Selecting a favorite among that compilation is rather arduous, but the last one stands out. Klay Thompson and Otto Porter Jr. miscommunicate on a switch, leaving Dorian Finney-Smith open as he dives toward the rim.

Curry, playing the weak-side corner, is lurking off a middling shooter in Frank Ntilikina. He’s monitoring the on-ball event the entire way. Once Thompson and Porter commit their mistake, Doncic slings a one-handed bullet to Finney-Smith. But Curry is prepared. He instantly sees Doncic readying for the dime, darts in and breaks up the pass to save two points.

That’s how Curry is clicking defensively in the playoffs. He’s not some All-Defensive stopper. Yet he’s excellent nonetheless and doing a hell of a job for a defense that looks to be harmonizing at the ideal time.