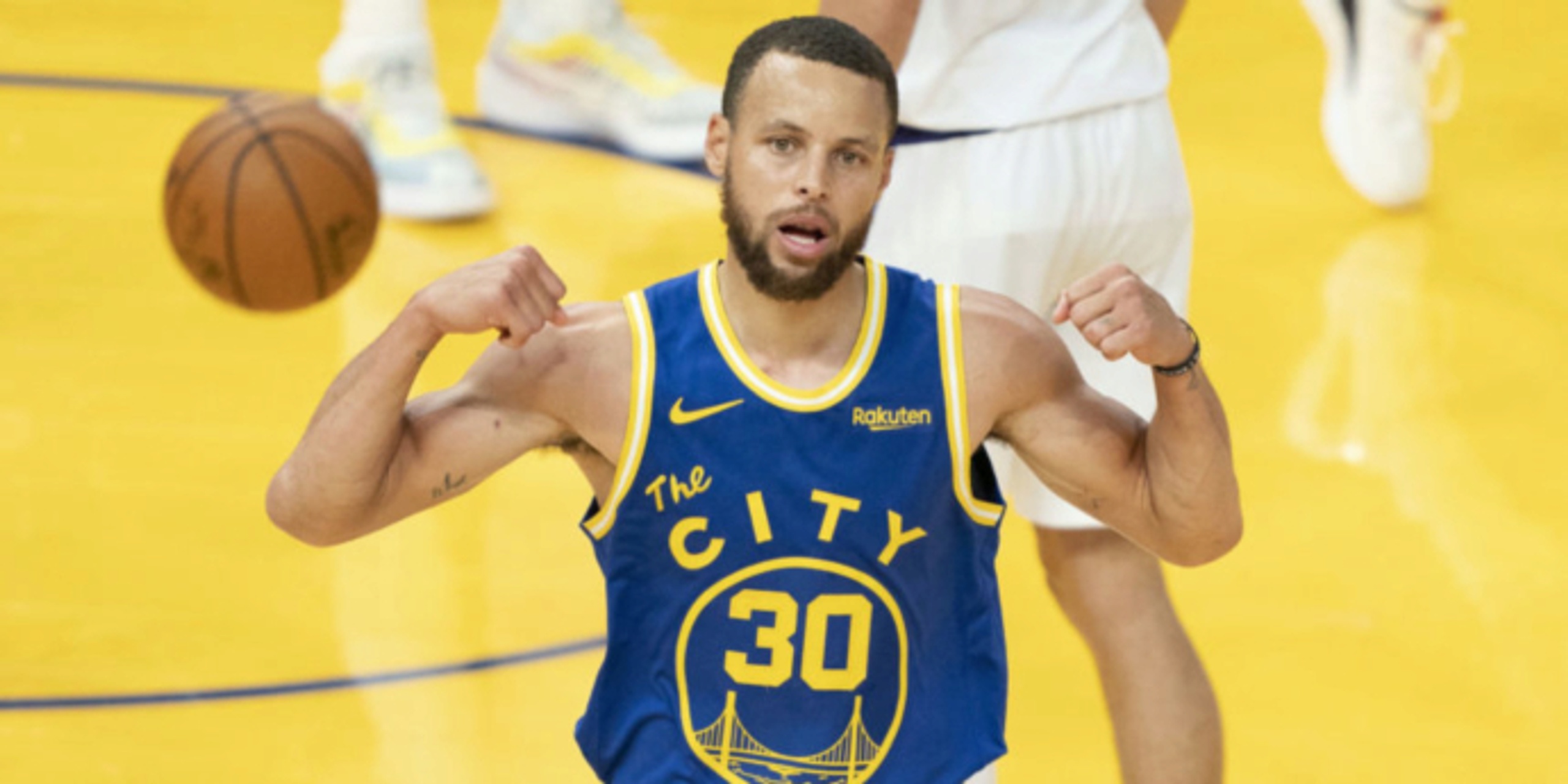 This is the second time in Curry's career that he has lead the league in points per game; he also did it in 2015-16 when he averaged 30.1 points.

Curry entered today's game against the Memphis Grizzlies averaging 31.8 points per game, while Beal was at 31.4. After Beal scored just 25 points (on 8-27 from the field and 3-11 from three-point range) earlier today against the Charlotte Hornets, Curry's lead was safe.

Curry's 32.0 points per game is a new career-high and he may be playing the best basketball of his career, which is incredible considering he's 33 years old and a two-time MVP.

He caught on fire in the second-half of the campaign; in April, he averaged 37.3 points per game and shattered the NBA record for most threes in a month with 96 (which was 14 more than the previous record held by James Harden).

Michael Jordan and Curry are the only players who have won a scoring crown at age-33 or older. Recently, Curry was a guest on "The Rex Chapman Show" and Chapman asked him how he's been able to produce Jordan-esque numbers as a 6-foot-3 shooter.

“A lot of it is probably hand-eye coordination, footwork and all of that,” Curry said. “I mean, as a shooter, you’re blessed with a certain level of just natural skill, and then you add to that with the work and the reps and the pursuit of perfection in that respect. But a big part of it, too, is the conditioning aspect of the game. I was watching some old-school Pistons-Nuggets game, it was the highest-scoring game in NBA history in, I think, the early ['80s], and I was just watching the pace in that game and analyzing it, and I'm like... I cover so much more ground in an average game than what I just watched in that Hardwood Classics [game].

“And a lot of that is to my advantage because there are a lot stronger, faster, more athletic guys out there -- especially defenders that try to make your life miserable out there -- but I try to counter that by never staying in the same spot for more than a second and covering as much ground as possible and never getting tired. Over the course of my 34-35 minutes that I play in a game, you’re going to tire other guys out and you’re gonna find more space, on top of just using your ball-handling and court awareness and IQ and all of that stuff.

A Western Conference player has now won the scoring title in eight-straight seasons, as noted by Tim Reynolds of The Associated Press.