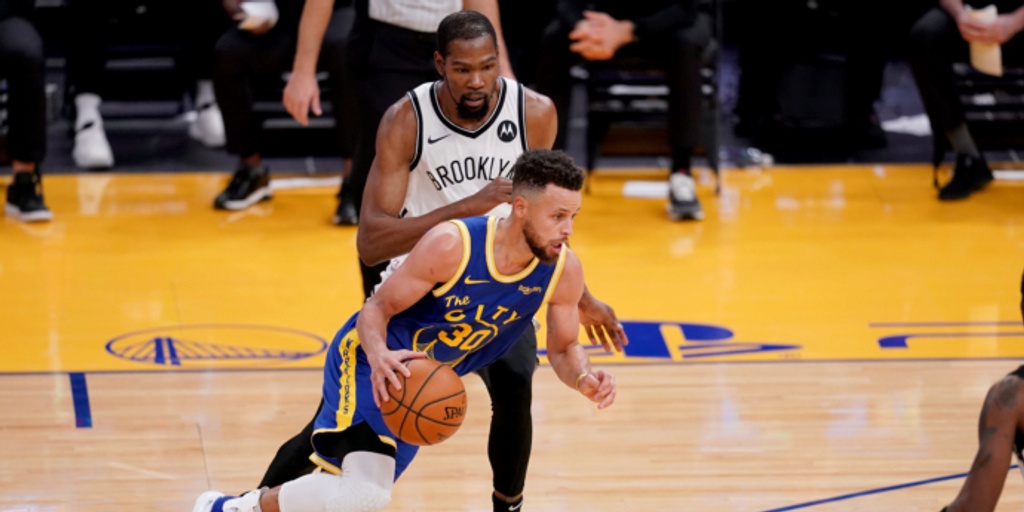 It's been three years since Kevin Durant left the Golden State Warriors in a bittersweet fashion, which left two championships in the rubble of a rocky exit for the superstar scorer. Time has passed and it seems feelings have healed.

In the most recent feature from Rolling Stone magazine, Steph Curry revealed that the Warriors not only explored the possibility of a KD trade, but he was interested and open to the idea as well.

“I was never hesitant," Curry said. "The idea of playing with KD and knowing who he is as a person, from our history in those three years, I think KD’s a really good dude. I think he is misunderstood. I think he has had certain things happen in his life that hurt his ability to trust people around him, in a sense of making him feel safe at all times. So all of those things, I understand, having played with him and gotten to know him. I love that dude."

Steph went on to highlight that he believes anyone would have given a KD blockbuster serious thought.

"And if anybody’s saying that you wouldn’t entertain that conversation — no disrespect to anybody on our team — but you don’t know how things work," Curry said.

Steph also talked to his brother Seth about the possibilites that a KD trade would bring up, and the latter touched on the obvious with Rolling Stone if a Brooklyn Nets and Warriors deal were to go down.

“Who knows? I might be in the trade with him,” Seth pondered.

Steph even discussed the possibility of a KD trade with celebrity Snoop Dogg. He agreed with Snoop that the best move for him was to stay with the Nets, as the haul of a trade required to move for him would have left whatever team he went to in a much different state than he evisioned.

Of the Boston Celtics, Steph said, “They have a little bit of everything, but they would have to deal with the organizational transition to get rid of Jaylen [Brown]. He’s such a pivotal piece... If they would have done that..." (Curry broke apart his fingertips in an explosion.)