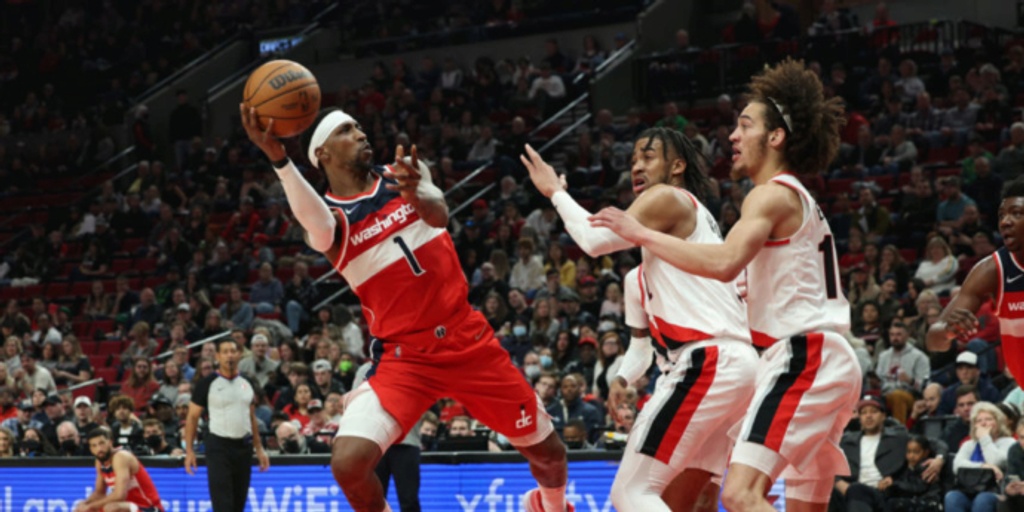 Most NBA teams have approximately 15 games left in their regular-season schedules. Even if some squads are still mathematically in the postseason hunt, we can start to distinguish the desperate bids from the real races.

In the Eastern Conference, the Washington Wizards (despite how things look on the court) continue to chase the Charlotte Hornets and are three games back of an East Play-In spot. The Los Angeles Lakers, New Orleans Pelicans, Portland Trail Blazers and San Antonio Spurs all hold some grip onto the Western Conference Play-In battle. But as the games wind down, the intensity ratchets up, and every loss can feel like a brick wall.

Escaping the Sour Rankings: The Toronto Raptors are riding a three-game win streak that includes quality victories over the Phoenix Suns and Denver Nuggets. They now sit just one game back of the struggling Cleveland Cavaliers for the all-important sixth seed and definitely have enough momentum to take it with 15 games left in the regular season.

The Warriors rallied with a massive week highlighted by two double-digit wins against the Nuggets and a Saturday primetime victory against the Milwaukee Bucks. The win over the Bucks was particularly impressive because Stephen Curry attempted just 7 field goals; Klay Thompson (38 points), Jordan Poole (30 points) and Andrew Wiggins (21 points) carried the scoring load. Golden State has looked rudderless at times without Draymond Green, but hopefully this three-game hot stretch inspires confidence.

Jalen Green is still playing superb basketball, but KJ Martin has come alive with a longer leash as Houston wades through its rebuilding season. Mark Schindler wrote a fantastic article over the weekend on Martin's mini-breakout. The 21-year-old is up to 43.8% from three-point range since the break and is much more than a slasher, as Mark illustrates. This is what you hope happens amidst all the losing, and if it continues, Houston might get out of the rankings altogether next week.

It's been a rough post-All-Star run for Cleveland, who is just 3-6 since the break. Jarrett Allen's finger fracture has impacted the Cavs' top-tier defense; it's now ranked 25th over the past two weeks. Caris LeVert, Lauri Markkanen and Rajon Rondo have also dealt with their own injuries. Cleveland is now just a single game up on Toronto in a tightly-packed East playoff race. The overall picture is still bright, but the recent downturn is simply a bummer for a franchise that can feel a tangible post-LeBron playoff appearance within its grasp.

Last week I attempted, for the second time this season, to point out a solid defensive stretch by the Hornets. Once again, they made me look like a buffoon. Charlotte gave up at least 115 points in all three of its games this past week, going 1-2 against the Boston Celtics, Brooklyn Nets and Pelicans. At least Isaiah Thomas got in a nice game with 14 points against New Orleans. No matter how you feel about his viability as an NBA player, it's impossible not to root for Thomas.

Nets Twitter (and I presume the rest of Nets fandom) positively exploded with joy in Brooklyn's dominant 129-100 win over the Philadelphia 76ers on Thursday. The triumph is perhaps the highlight of the season to date and hopefully a spark plug, as Brooklyn has rattled off three consecutive victories. We also need to keep talking about Bruce Brown, who is averaging 14.4 points, 6.0 rebounds and 3.1 assists per game since the All-Star break.

I'm an absolute sucker for Deuce McBride propaganda, so here you go:

Deuce has been freakin absurd at the nail as he's finally started to get rotation minutes pic.twitter.com/2m98NjOo4p

New York went 2-2 this week, but with some respectable losses to the Memphis Grizzlies and Miami Heat. More importantly, we're seeing meaningful time and flashes from young talents, whether it be McBride, RJ Barrett, Jericho Sims or Immanuel Quickley. That's all that matters over the final weeks.

LeBron James has now dropped multiple 50-bombs out of the All-Star break and continues his lopsided battle with Father Time. Also lopsided? The Lakers are 2-0 since the break when James scored at least 50 points and 0-7 when he doesn't. That's... not exactly a desirable bar for success. Los Angeles now looks ahead at 6 games in 10 days with five against current playoff teams. I would not be surprised if they entered a March 27 contest against New Orleans behind the Pelicans in the standings.

Sacramento stands four-and-a-half games behind a Play-In spot, is 2-7 since the All-Star break and has bottom-10 metrics on both ends of the floor during that span. The Kings are giving up the ninth-highest frequency of three-pointers to opponents per Cleaning the Glass, and those teams are shooting a strong 38.2% from the floor. Sacramento has the playoff-bound Chicago Bulls, Bucks, Celtics and Suns next on tap, which doesn't bode well for them stopping the current four-game slide.

Despite sitting 11th in the West and just one game behind the Pelicans, Portland simply can't put enough quality games together. The Blazers finally earned a 127-118 win over the Wizards to snap a six-game skid on Saturday. Anfernee Simons is down with a knee injury and will be re-evaluated in 1-to-2 weeks, meaning Portland loses its most coveted young player for the short-term future. Props to Josh Hart for his 44-point explosion though.

Win, loss, tie, blowout either way: what on earth is this roster and minutes distribution man

I know KP didn’t play, but like how does that clear anything up lol pic.twitter.com/1VkTfPnQfh

Mark Schindler highlighted the rotation discord in Washington, and it's pretty baffling. Corey Kispert is playing 39 minutes? Deni Avdijia is playing 13 minutes? Washington should either be making a last-ditch playoff push (three games out of 10th right now) or committing to playing the more experienced young lottery talents it has added over the past few years. Yet somehow, neither is happening.