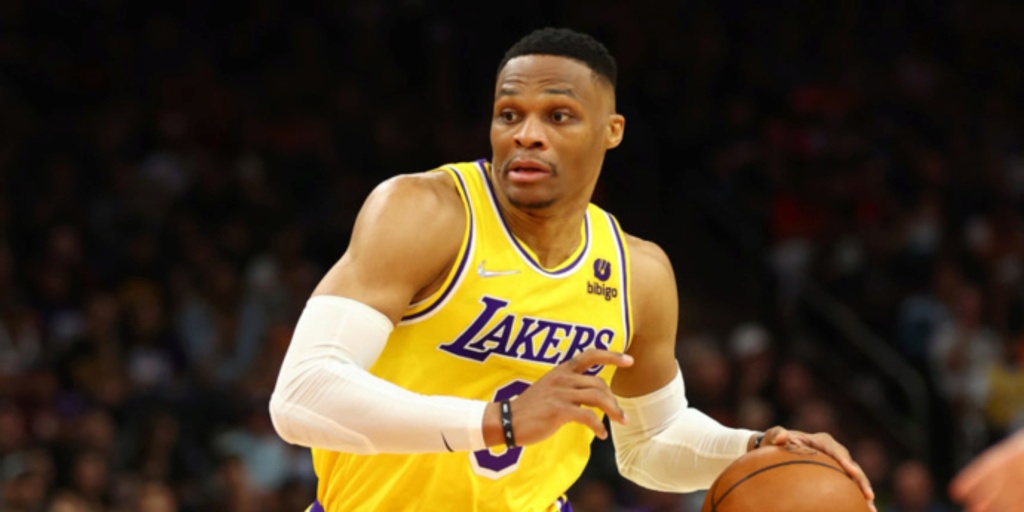 Although it's likely that the Los Angeles Lakers will re-engage with the Houston Rockets in a potential Russell Westbrook-for-John Wall swap this summer, the Charlotte Hornets have appeared as a potential suitor for Russ, according to Marc Stein.

In Stein's own words, "All-Star guard LaMelo Ball is firmly ensconced as the Hornets' face of the franchise and on-the-ball star, but one scenario making the rounds is a belief that the Hornets could emerge with Westbrook interest in the name of creating some financial flexibility.

"Gordon Hayward has two seasons left on a four-year, $120 million contract and has appeared in only 49 of Charlotte's 79 games this season. Terry Rozier has performed well this season, with an above-average PER of 17.36, but next season is Year 1 of a four-year, $97 million extension... The Lakers, league sources say, have not ruled out simply parting ways with Westbrook via the waive-and-stretch provision."

ANALYSIS: For all that's gone wrong with the Russell Westbrook experiment in LA, the one saving grace is that his contract will expire after next season ends. That could help the Lakers acquire players who would fit better on paper like Gordon Hayward or Terry Rozier, with the one caveat being that their contracts would be on the books longer. In Charlotte's case, doing this could pay huge dividends for them if they're able to get some draft assets from acquiring Russ and clear some cap space after next season (especially with Miles Bridges up for an extension soon).