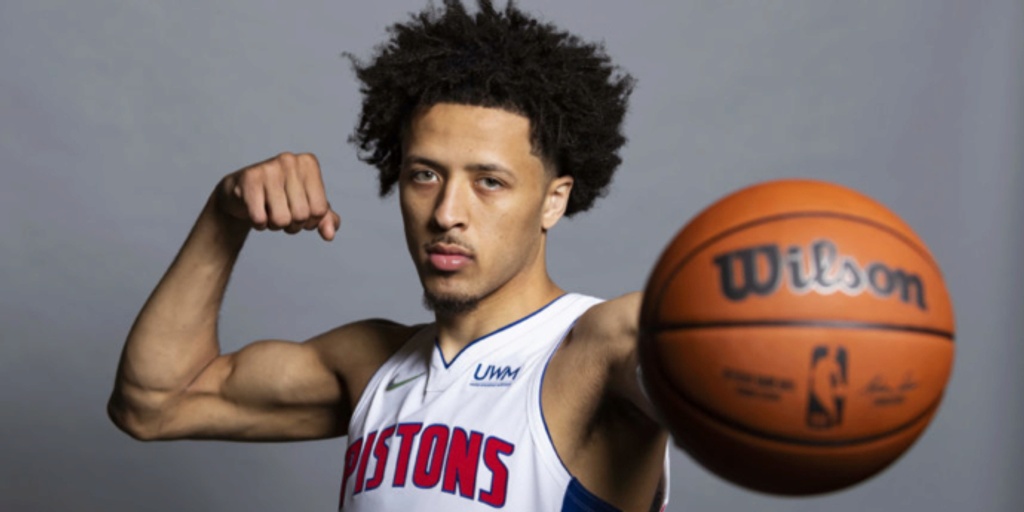 Stats Notebook: Predicting the NBA All-Rookie teams from past trends

Opening night of the NBA season is just 16 days away, which means this year's top rookies will soon see their dreams come true when they step onto a professional court.

Between the close-to-normal offseason, Las Vegas Summer League and upcoming preseason, we now have a decent grasp on who each player is and what skills they could bring to the court. And while it takes years (decades, arguably) to ultimately assess a career, some young talents can outshine their draft position in a single season.

I'm writing this week's Stats Notebook on the All-Rookie teams, and I'll end by making my predictions for the squads. But the train of thought left the station a few days ago with this stat:

At least one non-top-20 draft pick has made an All-Rookie First Team in 7 of the last 8 seasons.

Who could it be this year 🤔 pic.twitter.com/5PkFWcaVov

Patterns exist in recent All-Rookie history; some are obvious, while others are more subtle. I'm going to put them to work to create my teams. First off, let's start with the top picks: Cade Cunningham and Jalen Green. I would consider them both locks to be on the All-Rookie First Team in spring.

Since 2008-09, No. 1 overall draft picks have appeared on all but three All-Rookie First Teams. The exceptions: 2009-10 (when Blake Griffin missed the season due to injury), 2013-14 (Anthony Bennett... didn't work out) and 2016-17 (Ben Simmons did not play due to injury). Griffin and Simmons both were awarded the following season; only Bennett and Markelle Fultz never made an All-Rookie first team. So unless you have an extremely negative view on Cunningham, I'd pencil him in.

Jalen Suggs may be another score-first addition to the list. He's not nearly as polished as Jalen counterpart, but the Orlando Magic are a rebuilding team that should prioritize his development. Suggs might be the leading scorer on the team as a rookie, even with a crowded backcourt.

Here's another noteworthy factor: age. At least one player over 21 years old (as of Feb. 1 of that season) has made all but two First Teams since 2008, with the outliers being 2018-19 and 2015-16. I'm a firm nonbeliever of the "age equals NBA-readiness" agenda. But a statistic is a statistic.

The top-five picks who will clear age-21 by February are: Davion Mitchell, James Bouknight, Chris Duarte, Corey Kispert and Trey Murphy III. Depending on your thoughts regarding each player's available minutes, I'd consider them as the primary options to check this box.

Finally, we'll return to the Twitter stat, and spell out those surprise players who made the All-Rookie First Team:

So in eight of the last 10 seasons, a player selected after pick No. 20 cracked the All-Rookie First Team. That's a pretty large pool, but we can try to narrow it.

Four of these honorees made the list on playoff teams: Kenneth Faried with the Denver Nuggets, Mason Plumlee with the Brooklyn Nets, and Kendrick Nunn with the Miami Heat. Also, only Plumlee and Willy Hernangomez averaged less than 20 minutes per game. So following the trend, this selection would have to have a clear path to playing time, and that probably happens with a franchise unlikely to make the postseason.

It's still a bit of a wild-card selection, but Usman Garuba and Josh Christopher immediately stand out as potential options on the Houston Rockets. Second-round picks Jeremiah Robinson-Earl and Aaron Wiggins could receive opportunities with the Oklahoma City Thunder.

Logical fallacies exist with this layout — some "qualifiers" could overlap with each other. But given all of this, here's how my All-Rookie First Team looks:

For the Second Team, I'll only add one additional note. Four of the last five eligible (2018-19 doesn't work for obvious reasons) lists included at least one top-five pick on an All-Rookie Second Team. Given that Scottie Barnes and Evan Mobley should both have rotation roles with their respective squads, I feel good about marking them down. Nah'Shon "Bones" Hyland makes the cut because he could be an electric microwave scorer in Denver with the absence of Jamal Murray.

As always, remember that these are just All-Rookie teams and not career projections. Based on some of the earlier names I mentioned, it's pretty clear that making an All-Rookie team isn't exactly a ticket to Springfield. But with such a deep rookie class, I think the races this year could be extremely fun to track.