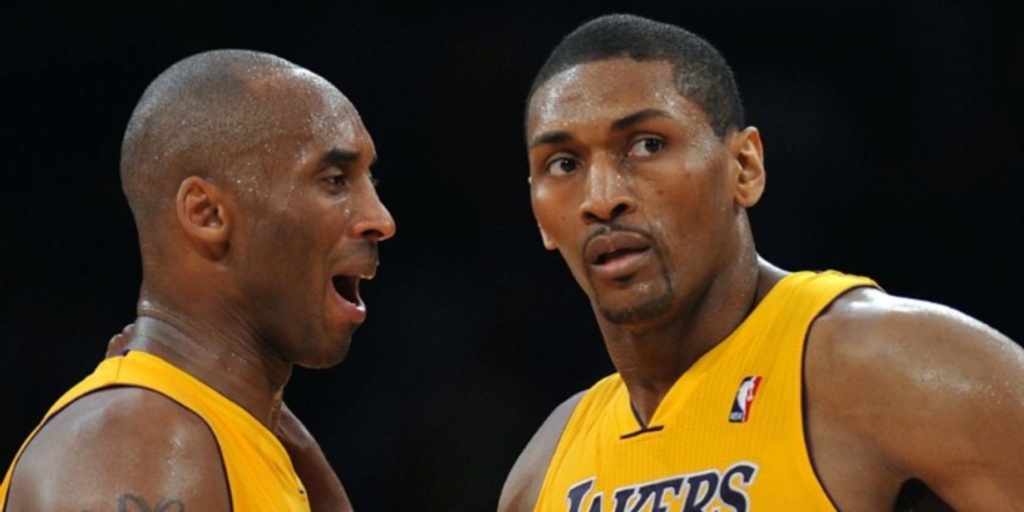 The NBA has seen so many great defenders that picking out a top five seems impossible. But Metta Sandiford-Artest, who is one of the best wing defenders in league history himself, took up that challenge.

Whenever you hear the name Michael Jordan, it isn’t crazy to assume someone is bound to bring up Kobe Bryant. And that’s exactly what T.O. did.

“Is Kobe one of the top defensive guys?” Owens asked.

Sandiford-Artest responded: "I don’t think Kobe is as good of a defender as Michael Jordan. I think I’ve seen Jordan differently because I looked up to Jordan’s defense. Like when I was watching Jordan, I was like, ‘His offense is incredible. I’m not even gonna try to accomplish that.' But his defense is like... I would watch him play defense. He’s just locking guys up.’"

MJ, Gary Payton, Kevin Garnett, and Kobe share the record for most NBA All-Defensive First-Team selections with nine, and Jordan was the first player in NBA history to reach that number. But MJ is the only one from that group Metta included on his list, and it’s a good thing he did.

It seems NBA fans, in general, have forgotten how good of a defender Michael actually was. That’s why it’s great to have a former NBA player remind us of it every once in a while. People are so caught up in the GOAT debate, which for most boils down to the offensive side of the floor. (This is mostly true for the ones trying to make a case for LeBron as the greatest of all time.) But defense still matters, especially when comparing players head-to-head.

The NBA has only seen a handful of better perimeter defenders than MJ. That’s why Sandiford-Artest has him on his top five, but he still can’t decide who the last guy on that list is.

Notice how Sandiford-Artest doesn’t have anyone from today’s NBA in his top five? Well, the only guy close to making his list is Draymond Green — the self-proclaimed greatest defender of all-time. But the era he plays in makes it impossible for Metta to put him there.

"Now, when you talk about this era you can’t compare that to all-time because they changed the rules for Wilt. When Shaq [O'Neal] came in the game, they changed the rules for Shaq," Sandiford-Artest said. Back in the days, it was impossible for a 6-6 guy to play power forward if you wasn’t thick. I’m not saying he’s not strong enough, but I’m saying it’s a different era."

Sandiford-Artest still thinks of Draymond as one of the all-time great NBA defenders, just not good enough to make his top-five list, and that’s fair. The fact he gave Green his credit proves this isn’t your typical “former player diminishing today’s players” type of argument. It’s an honest assessment by one of the greatest perimeter defenders ever, and it’s hard to argue against it.