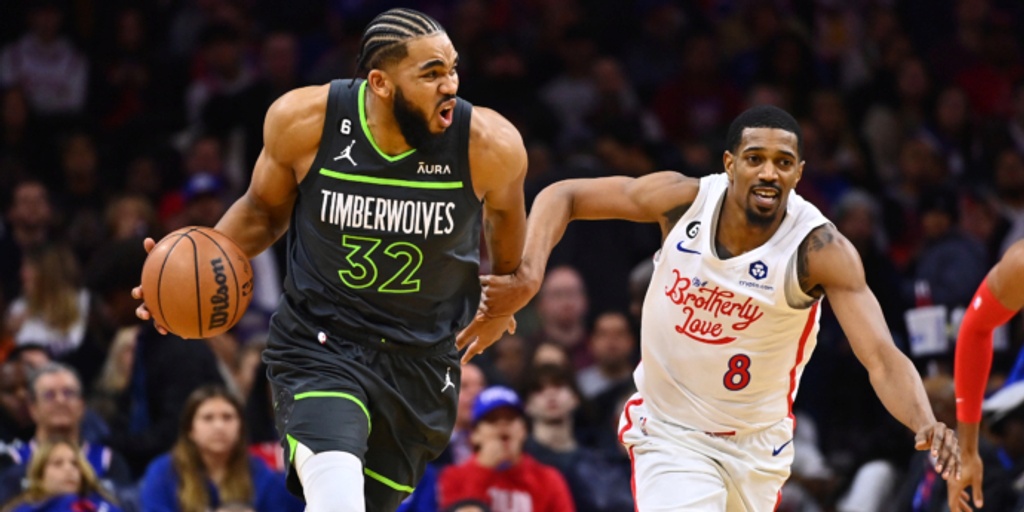 This season, I want to keep tabs on who is — and isn’t — getting the job done as screeners. Every week, I’ll be highlighting a handful of the most powerful (and shameful) screen-setters in the league.

*All stats are through games played between November 19 and November 25, unless noted otherwise.*

BIG OF THE WEEK: JUSUF NURKIC

It can be easy to pick at some of the holes in Jusuf Nurkic's game — ask me how I know — but sometimes you have to get back to the obvious. There is value in being an incredibly large and strong human being.

The backcourt of Damian Lillard and Anfernee Simons can win games with their filthy pull-ups. Josh Hart can puncture defenses with drives. Shaedon Sharpe is becoming an artist curling from the corner and flowing into pull-ups or taking an extra dribble to float towards the rim. All of that is made easier when Nurkic is the guy springing them free.

Nurkic had "Brick Wall" on Gold this week, connecting on nearly 78% of his on-ball screens and 68% of his off-ball ones, per Second Spectrum. In both contexts, the Blazers generated well over 1.0 points per possession (PPP). The connection between Simons and Nurkic was particularly fruitful.

Keep an eye on them moving foward.

SMALL OF THE WEEK: JOSH GREEN

Prying star players open is an important, but often thankless job. Being the mismatch-hunter guy is especially tedious; you know you're in the action because the opponent has put their weakest defender on you, and your star teammate wants to attack.

This phenomenon is even more prevalent for the Fightin' Lukas, where their games consist of countless ball screens and isolations aimed at weak links. No team has faced more switches against their pick-and-rolls than the Mavericks (534 total, 32.9 per 100 possessions) this season. Shockingly, Luka leads the NBA on the individual level (304, 25.9 per 100 possessions).

It would be easy to go through the motions — let me just get in the way so Luka can get his matchup — but I'd like to applaud the buy-in from Josh Green. He's still screening with juice, regardless of if he gets the ball or not. It warms my heart when he does get rewarded with a touch. I really enjoyed his work against Denver earlier this week.

It's been a quietly-successful third-year campaign for Green, who looks more comfortable and confident on both ends of the floor. The (lack of) coverage he saw during the Mavs' first round series with the Utah Jazz must've weighed on him.

It's still hard to get a feel for who these Wolves are. They wax between harmony, confusion, indifference, and dominance. That leads to sentences like "Huh, they're on a five-game winning streak" and "Wait, they lost to those Hornets???"

If there's one thing clear, this isn't a team that can afford to skirt past the little things. That includes screening, which brings me to Karl-Anthony Towns. For someone with his blend of shooting, driving power and overall footwork (offensively), I frankly never know what to expect when he trots up to D'Angelo Russell or Anthony Edwards.

Sometimes it's a well-placed screen. It could be a slip. It could be an illegal screen because he leaned in, or because his base was too wide. And then there are the possessions like this:

Towns seems unsure if Austin Rivers is even going to use his pick, seems late to set one, and ultimately doesn't do any real damage. The action swings to the other side and Edwards jets downhill before Towns can really lay the lumber. Towns ends up with the ball and scores, but how do you grade the process?

Statistically, I don't even know if you can call it a bad week. The Wolves generated a solid 1.02 PPP on trips featuring an on-ball screen from Towns. He connected on a shade under 54% of his on-ball screens, a low mark (29th percentile), but one that makes sense considering his slip or flare usage when paired with Rudy Gobert. Like this:

But even on those possessions, there's room for Towns to make contact before flaring out. Like most things Wolves-related right now, I just wish there was more consistency.

WE SEE YOU TOO: JEREMY SOCHAN

Not too much on the young buck, who the Spurs are allowing to do a little bit of everything to start the season. I do think there's some low-hanging fruit for him to grab when he's off the ball.

Sochan already maps the floor well for a guy his age. He buzzes off the ball and often makes himself available for cuts. He'll either get hit for easy shot attempts, or his well-timed cut will open an opportunity for another teammate. It's genuinely good stuff.

He also seems to recognize when flare screens or pin-in screens are appropriate to set. It would help if he ... actually set them more consistently. He had some notable whiffs or cancel-outs on film this week.

Too many "get behind me" points, not enough contact being made. If a bozo like me can point this out, I'm sure it's been mentioned elsewhere. He should be fine.