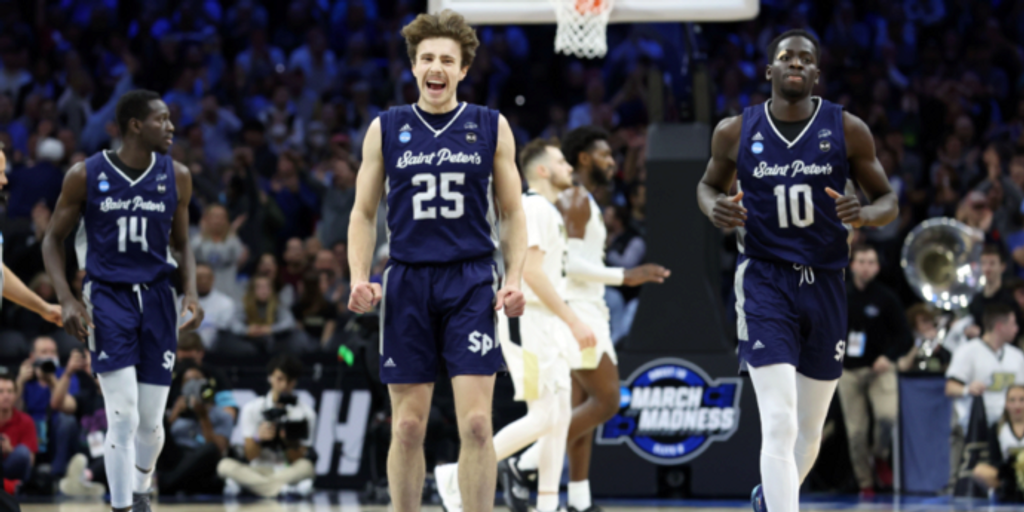 Shaheen Holloway and the Saint Peter's Peacocks have stunned another powerhouse, defeating the No. 3-seeded Purdue Boilermakers 67-64 to advance to the Elite Eight. They have now beaten Kentucky, Murray State, and Purdue en route to becoming the very first No. 15 seed to make the Elite Eight in NCAA Tournament history.

It was another true, team victory, as the Peacocks played well-balanced on offense and disciplined on the defensive end. Daryl Banks III led them in scoring with 14 points, while Doug Edert provided 10 huge ones off the bench.

Purdue held a 56-52 lead with 5:17 to play, but St. Peter's was able to claw back and tie it at 57. The end of regulation was marked with numerous clutch free throws being knocked down by Edert, Hassan Drame and Matthew Lee, doing what they needed to do to come out victorious.

Purdue's Jaden Ivey had an opportunity to tie the game with a three at the buzzer but if fell just short. On one end, jubilation. On the other, pain.

St. Peter's will await the winner of UCLA vs. North Carolina, as they the Peacocks will once again get a shot at a national, Blueblood program.

What a wild ride.