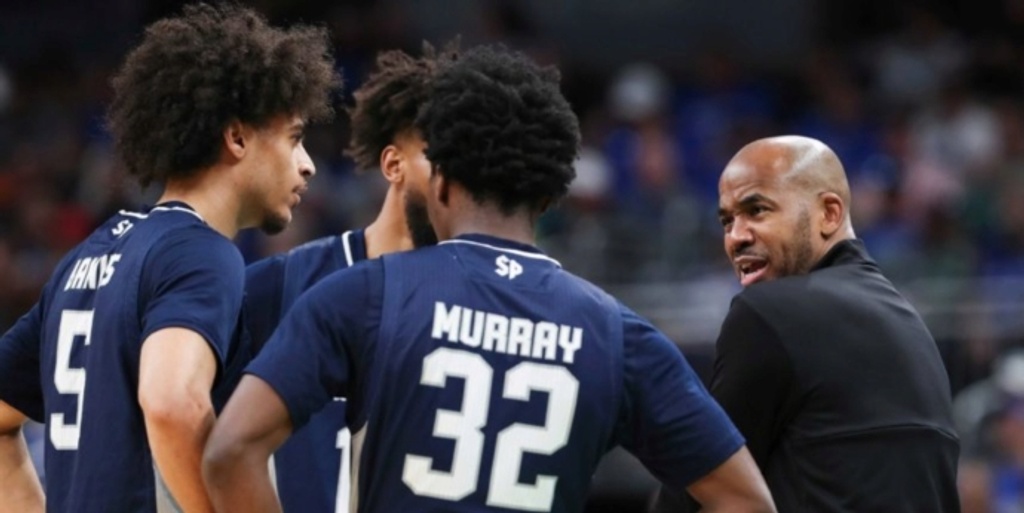 On Saturday, 15-seeded Saint Peter's defeated 7-seeded Murray State 70-60, becoming just the third 15-seed ever to advance to the Sweet Sixteen (joining Florida Gulf Coast in 2013 and Oral Roberts in 2021).

KC Ndefo led the way for the Peacocks, finishing with 17 points, 10 rebounds, 6 blocks and 3 assists (while shooting 5-of-10 from the field). Doug Edert, who came up big in the team's upset win over Kentucky, had another strong performance off the bench with 13 points (on 4-of-6 shooting from the field).

Murray State had four players score in double figures (led by Justice Hill's 19 points), but it wasn't enough to hold off this year's Cinderella team.

As our Bryan Fonseca wrote yesterday, what makes Saint Peter's run so incredible is that this is a school with under 2,500 students and their sports program's budget ($7.2 million) pales in comparison to the team's they are defeating (Kentucky's is $138 million).

Peacocks head coach Shaheen Holloway earned $270,000 this season after bonuses, which is 30x less than Wildcats head coach John Calipari (before his bonuses). The Peacocks have had just four players go on to play in the NBA (and they played a combined 126 games).

Stories like this are why we love March Madness. We'll see if Saint Peter's can continue their improbable run when they face the winner of No. 3 Purdue vs. No. 6 Texas.