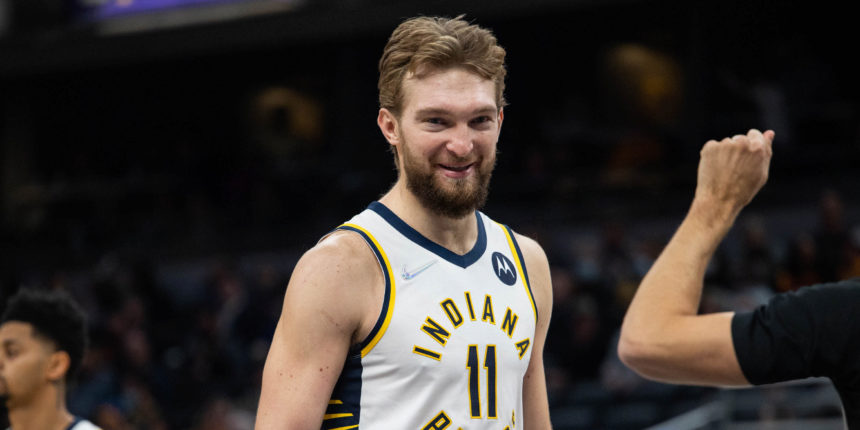 Lance Stephenson contributed 16 points, a career-high 14 assists and four steals off the bench for the Pacers. Duane Washington Jr. added 16 points and Justin Holiday 15 for Indiana.

The Pacers snapped a six-game losing streak and completed a season sweep of the Jazz.

“Lance gives us a different vibe,” Pacers coach Rick Carlisle said. “There’s a spark he has with his personality. There is change in disposition, body language and enthusiasm. Lance with the ball can make a lot of things happen. He has the ability to be unpredictable yet under control. The intriguing thing about Lance is he’s so unselfish. He’s a giver and he’s an energy giver.”

Stephenson had seven assists in the fourth quarter and four were to Sabonis Carlisle said Sabonis and Stephenson fit well together.

Stephenson, who joined the team on a 10-day contract before the Jan. 2 game at Cleveland, said he has felt more comfortable the last two games.

Stephenson, in his third stint with the Pacers, did play with Sabonis previously. Sabonis said he loves playing pick-and-roll with Stephenson.

“He’s a very smart player, he knows how to play,” Sabonis said. “We love having him.”

As a whole, Sabonis said the team has been sharing the ball well of late.

Holding a 101-97 edge, Holiday began an 8-0 run with consecutive 3-pointers. Indiana was able to maintain its lead.

The Pacers shot 55% while the Jazz made just under 48% from the field.

Mitchell said the concentration and effort levels have to be higher.

“If we want to be a championship team, we’ve got to do it every night,” Mitchell said. “And tonight we didn’t.”

“For us to be where we need to be, we need to do it every possession, and I can’t say that we did that,” Mitchell said.

This was the second night of a back-to-back for Utah, which lost at Toronto Friday night.

Jazz: Rudy Gobert, who was the first NBA player to test positive for COVID-19 in March 2020, was sidelined by COVID-19 protocols after testing positive on Wednesday. Hassan Whiteside started in his Gobert’s spot. … Elijah Hughes was sidelined by a non-COVID-19 illness.

Jazz: At Detroit on Monday, ending a string of five consecutive road games.

Pacers: At Boston on Monday, the first of back-to-back games with Celtics. Indiana hosts Boston on Wednesday.

MORE:
NBA News

Heat tie franchise record for made threes in 123-100 win over Suns
Pacers expected to keep Lance Stephenson for the rest of the season
