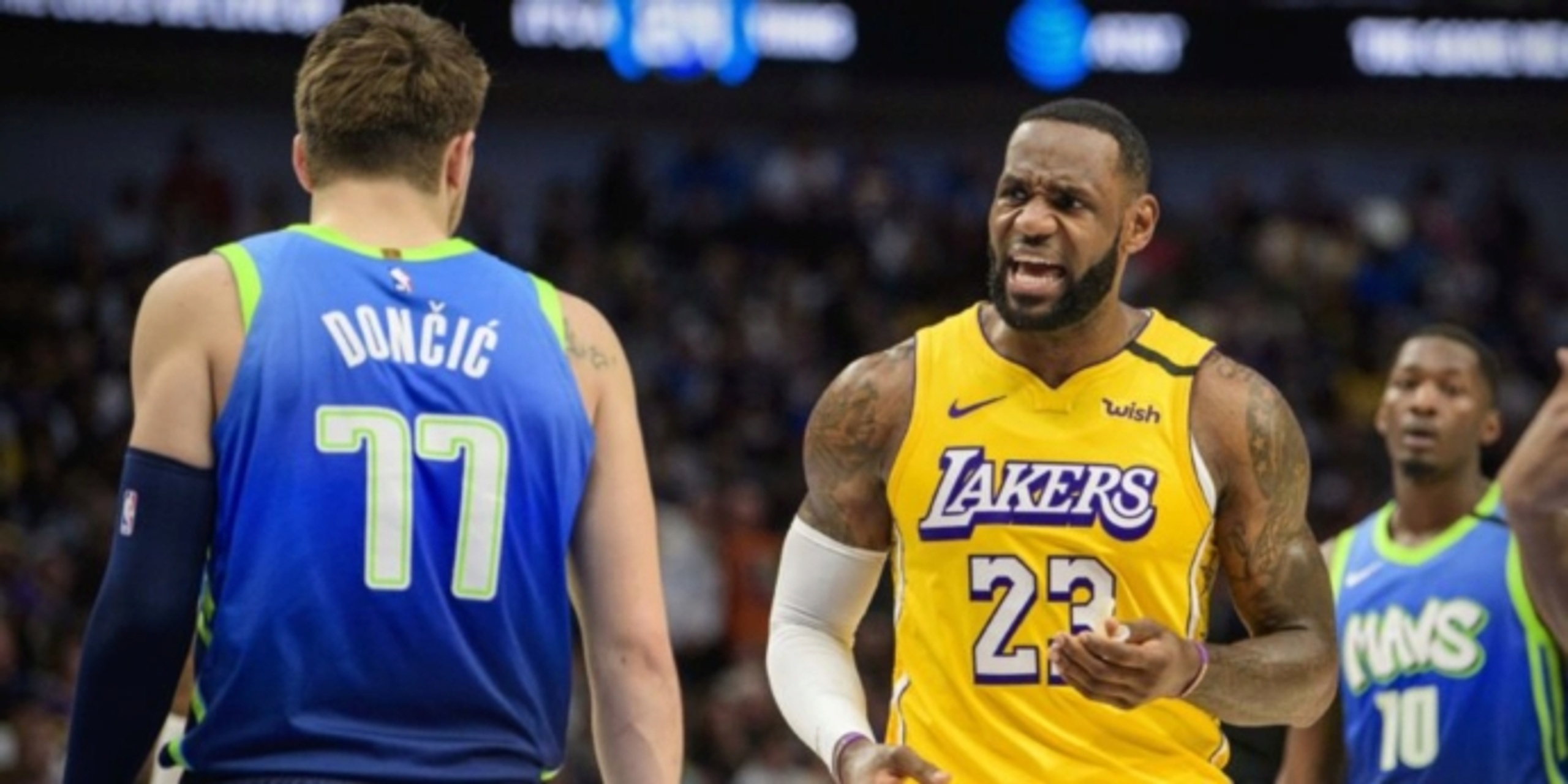 Roundtable: Who is the most untouchable player in the NBA?

Who is the most untouchable player in the NBA right now?

Alex Kennedy: When LeBron James left the Cleveland Cavaliers back in 2010, the franchise valuation dropped by 25% in a single year, according to Forbes. When James returned to Cleveland in 2014, TIME spoke to an economist who estimated that James' return would not only make the Cavs a ton of money, but also give the local economy a $500-million boost. Any franchise with LeBron is going to be in contention, while making a ton of money and attracting fellow stars. That's the LeBron Effect. Luka Doncic's potential is off the charts, but LeBron is the sure thing -- on and off the court.

Moke Hamilton: The most untouchable player in the NBA is probably Luka Doncic. At just 22 years old, we have no clue what his true ceiling is, and he’s already toppled some of LeBron James’ early-career accomplishments. The sky is truly the limit. Zion Williamson obviously deserves an honorable mention here, as well. I’m willing to bet that if either the Dallas Mavericks or New Orleans Pelicans called any team in the league and offered either of these two players in a one-on-one trade, the other team would say yes. Now, if we’re not taking future considerations into account and we’re talking about untouchable under the premise of having them for just this season, I’d give LeBron James the slight edge over Kevin Durant. Durant hasn’t lost a step, but LeBron still has the respect of his peers and, as the reigning Finals MVP, is still sitting on the throne.

Ethan Fuller: This was a really, really tough question. But I think the answer is still LeBron James because LeBron James is still the best basketball player on the planet and the biggest name in American sports. His impact on winning far surpasses anyone else in the NBA, and from a business perspective, his mere presence draws fans to arenas. I understand the Lakers are a marketable destination on their own. But I still can't conjure up a wild scenario where they -- or any other team -- would ever trade James.

Yasmin Duale: Right now, I’d have to go with Nikola Jokic. At only 26, Jokic plays the game like a jaded puppeteer. He’s the center of Denver’s universe, embodying basketball heliocentrism in its purest form. Jokic is untouchable in the way the sun is, and by dishing out 8.5 assists per game, his teammates circle him in orbit.

Kelsea O'Brien: At this point in time, and situationally, I’m going to go with Luka. The Mavs are a team that does not squander generational talent, but actually develops them with the intention of keeping them. When the Dirk door closed, the Luka door opened, and I don’t see Mark Cuban trading him, especially when he is still so fresh into his career and we still aren’t even aware of everything he’s capable of.

Nekias Duncan: The answer might just be Udonis Haslem at this point. It’s easy to make the case for superstars — they aren’t getting moved unless they force the issue — but a guy like Haslem has established himself as a franchise icon in Miami. Despite his current status as a player, he’s pretty much invaluable to the organization.

Imman Adan: As long as LeBron James is in the NBA, a man who has led three different NBA franchises to nine of the last 10 NBA Finals, it’s hard to claim anyone else as the most untouchable player. Subtracting LeBron from the equation to make it fair to the rest of the league, my answer is Luka Doncic. Doncic is an MVP-caliber player who's still on his rookie contract. He’s nothing short of a generational talent, averaging 28.6 points, 8.9 assists and 8.0 rebounds with playmaking that rivals James Harden and finishing likened to LeBron; he’s the most untouchable player in the NBA.

Chris Sheridan: The most untouchable player in the league at this point is Nikola Jokic. Not because he is the best all-around player, but because he is a unique player who can do what nobody else does. When you have a point center and management can mix and match the pieces around him, that is operating from a position of strength. It may be years before anyone finds another player like him.

Spencer Davies: There are so many stars and talents in this league that it’s essentially impossible to answer this question, but as we’ve seen before, for the right price, teams are willing to listen. One player who will never be traded (in an actual trade, not a sign-and-trade for future picks) is LeBron James. Listing the reasons why would probably be a waste of time, but for good measure -- *cough* four-time winner of championships and the MVP award, the best player in the world at the age of 36, perhaps the greatest to ever step foot on a basketball court. You’re never trading that person.

Jannelle Moore: To me, Steph Curry and Luka Doncic are the most untouchable players right now. They are franchise cornerstones of the present (Curry) and the future (Doncic). Steph has proven this year that he can still play at a high level; plus, he is the type of player you can’t picture in another jersey (à la Kobe Bryant, Tim Duncan, Dirk Nowitzki). Luka’s been amazing throughout his three-year career and will only get better in time. There's no way Dallas would part with him either.