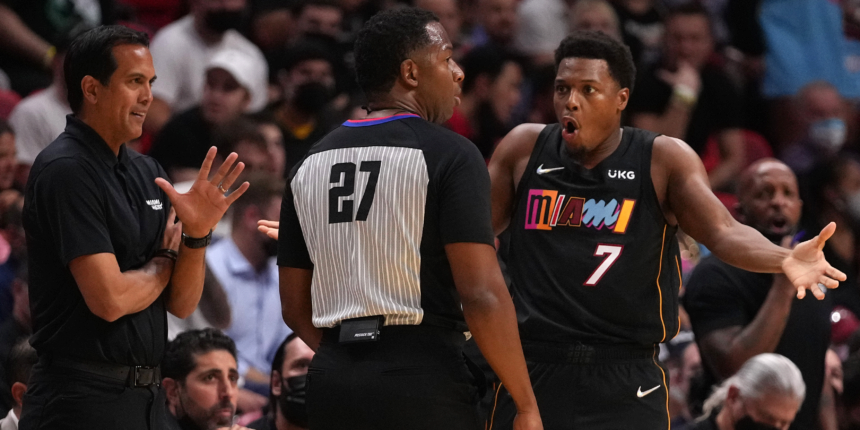 Roundtable: What are your thoughts on the NBA's rule changes?

If you haven't noticed by now, there are many superstars with dramatically lower free-throw attempt numbers. Since the NBA implemented rule changes to discourage disingenious foul-drawing on the offensive end, there have been both complaints and words of support in regards to the new policy from players and media alike.

What are your thoughts on the NBA's rule changes and how they've impacted the on-court product?

Alex Kennedy: I love the changes. The NBA recognized that unnatural foul-baiting had gotten out of hand, so they closed some of the loopholes that many of today’s stars had learned to exploit. This season, teams are attempting just 20.0 free throws per game — the fewest in NBA history. I like that there are fewer breaks in the action and games go by quicker too. Also, since players no longer have to worry that every little thing will result in a foul call, defenders are suddenly being more physical and aggressive (which has been fun to watch). This must be so frustrating for stars like James Harden and Trae Young since they are being forced to adjust on the fly and change their entire offensive approach, but I think this had to be done.

Nekias Duncan: I'm mostly fine with the rule changes. I think weeding out some of the non-basketball foul-drawing was a step in the right direction. Allowing a little more physicality defensively has been fun for me. I do think the foul/physicality emphasis may be too far on the other side right now. Instead of just eliminating the tricky stuff, it seems like refs are allowing guys to get mauled in the paint. There's a balance to be found, and hopefully they find it soon.

Spencer Davies: Well, I loved seeing the box score in the high 90s and low-to-mid 100s in the opening weeks. That seems to have changed a little already though. Offense is extremely fun, but there’s a happy medium to be found. (We’re even seeing some hand-checking allowance?) Taking away the obvious “looking for a foul-call because I can’t figure out the defense” hacks has been appropriate. You know whether or not one is genuine. What I don’t like seeing is officials forgetting that defenders leaving their feet to contest a shot is illegal and should be called a foul. In addition, contact on a drive is still contact. Not everybody is trying to trick you. That said, deciphering between the two must be difficult full-speed. It’s a vast improvement, though, I think.

Ethan Fuller: I'm in agreement with most people that the game has given defenders a more level playing field and forced teams to get more inventive on offense. It's good for basketball to reward creativity and keep the ball in play as much as possible. I would add that I think people are unreasonably connecting the changes to an increase in physicality. Unless the officials were told to just keep a tighter whistle in general, I don't know how the rule changes would change the game on that great a scale.

Moke Hamilton: I love it. On the decisive miss in the Timberwolves-Suns games on Nov. 15, D’Angelo Russell got Devin Booker in the air, but would’ve had to launch himself into Booker to draw contact on the game-tying three-pointer. Russell avoided the contact, obviously realizing that he might not get the call. He missed the shot, and the Wolves lost the game by three. But I’m all about games being decided like that. It also encourages defenders to play harder and contest those important shots. I’m happy.

Evan Sidery: It’s been a little hit and miss for me. I love how they’ve taken away the blatant foul-baiting. However, they are also missing some obvious calls now as well. I imagine it will all get figured out as the season goes on, but it’s something to monitor moving forward.

Blake Hairston: I've liked the rule changes, particularly considering the viewing experience because it's maintained the flow of the game instead of having way too many stoppages throughout it. While some of these changes have been frustrating for scorers like James Harden and Trae Young, I also look forward to watching the adjustments they'll make to continue to be highly effective players.

Alexander Cohen: I think, in general, the rules to limit fouling and increase the pace of play are terrific. Those are genuine criticisms held by many that prevent casual fans from watching (or even diehard fans from watching full games). However, I think the NBA needs to adapt the NFL's challenge policy if the league is going to eliminate reviews in the last two minutes. Pace of play is important, but fairness is too, and coaches should at least be awarded an extra challenge if they correctly overturn a call with the first.

Drew Maresca: Love it. I wrote about this rule change before the season began, and it’s played out even better than I thought it would. Last season, we reached a real inflection point. Offensive players had been getting calls when they were initiating contact, but last year saw more of those calls than usual when the offensive player was in a completely unnatural shooting motion (e.g., jumping backwards). This season, unnatural-shooting-motion fouls have been mostly eliminated, which represents a major upgrade. Games are smoother, and there are less breaks in the action. One downside is that refs may have went too far the other way, leading to situations like Damian Lillard is currently facing; Lillard is attempting a career-low 4.7 free throws per game, down from 7.2 last season. Still, I believe this will work itself out, and the game will be better for it.

Jesse Blancarte: This may not be a popular opinion, but I like the changes. Scoring may be down across the league, but I have grown tired of watching players jump sideways into defenders and hooking opponents while driving to the rim. It still happens and the top players will still get calls, but there seems to be less gamesmanship in years past, and I, for one, am happy about it.