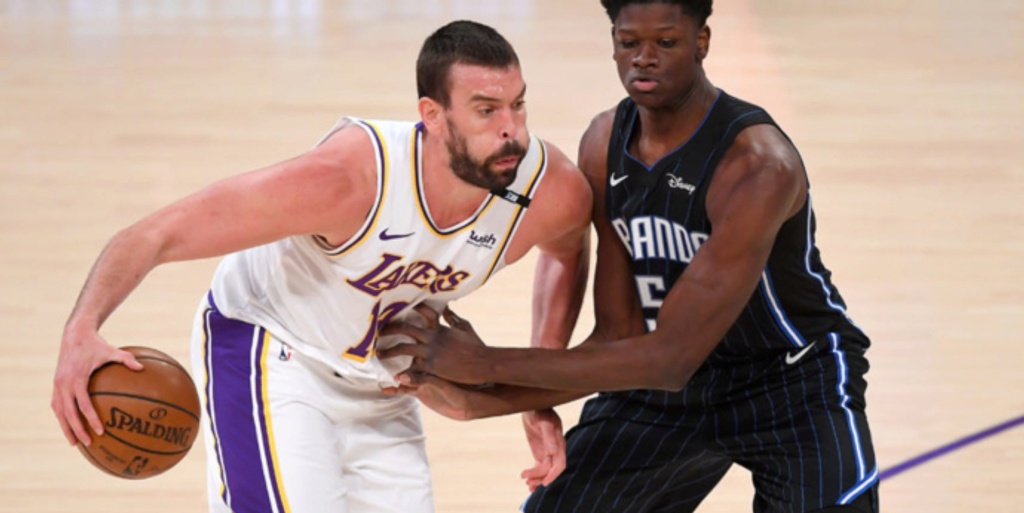 The Los Angeles Lakers were proclaimed as winners of the buyout market by many when they acquired former Cleveland Cavaliers center Andre Drummond earlier this week. The team will be looking for him to add some scoring punch as well as a significant upgrade in the rebounding category and potentially in protecting the rim, as well.

But one of the reasons that Drummond was signed by the Lakers because the offseason acquisition of Marc Gasol hasn't panned out. This season, Gasol has averaged career lows in points and rebounds while only playing 19.8 minutes per game -- also a career low.

With that being the case, rival executives are keeping an eye on the situation, thinking there's a possibility the Lakers buyout Gasol and move on from the so far failed experiment, according to Bleacher Report.