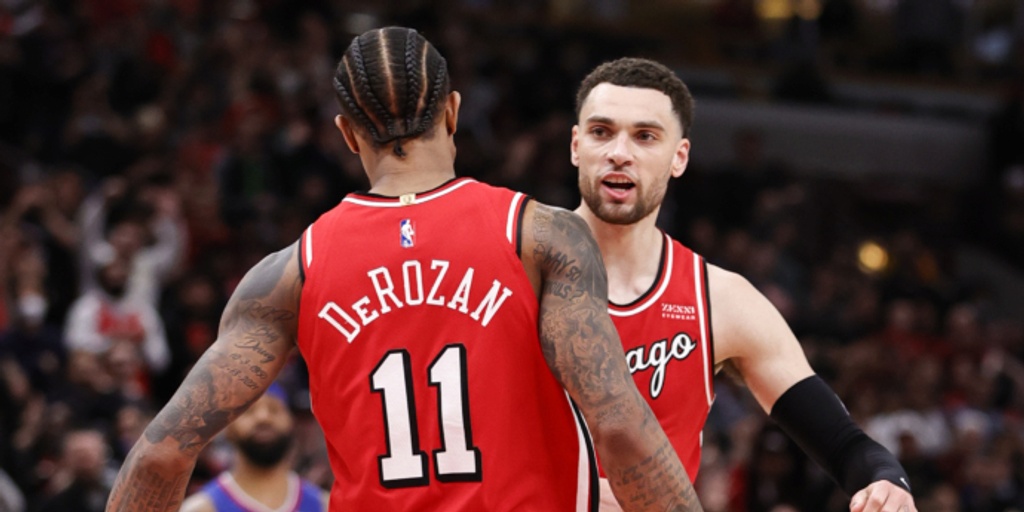 Things are not going well for the Chicago Bulls this season.

The team is struggling, having lost four in a row to fall to 11-18 and the 11th spot in the Eastern Conference. And now, a new report says that the issues on the court are carrying over to the locker room.

The team has serious questions about whether their Zach Lavine and DeMar DeRozan "can click together at a high level on the court this season and beyond" according to The Athletic's Shams Charania and Darnell Mayberry.

The report states that the Bulls have had multiple team meetings and the two star players have had several one-on-one sitdowns to try and work through the issues. While the two still “maintain a good personal relationship,” tensions are growing as the Bulls keep losing and there is an “on-court, stylistic tension”.

Lavine, who signed a five-year, $215 max contract with the Bulls before the season, addressed the situation.

“I think everybody goes through ups and downs, just like every team does,” LaVine told The Athletic. “Obviously if we’re not winning games, not everybody’s going to be happy. It’s not going to look as good as it was before. It’s all glitter and show when you’re winning games. But when you’re losing games and you’re trying to do the same things it’s turmoil. Everybody has their right to their own opinion. For me, I keep my head down. I work on my game and try to help my team. I help try to lead the team. That’s where I stand. I just try to take it day by day and evaluate how we’re doing.”

"There's a certain level of frustration in people trying to figure out what we can do to help right the ship,” said LaVine. "I think with the players that we have, we try to put it on each other to right the ship. We have those type of guys, those type of mentalities where each of us have been number one options on a team before and then we all come together collectively."

Charania and Mayberry also state that there has been "increased skepticism" within the Bulls' locker room regarding head coach Billy Donovan who signed an extension before the season. His job is reportedly safe and he is focused on optimizing LaVine and DeRozan through “a balance of execution, accountability and cooperation.”