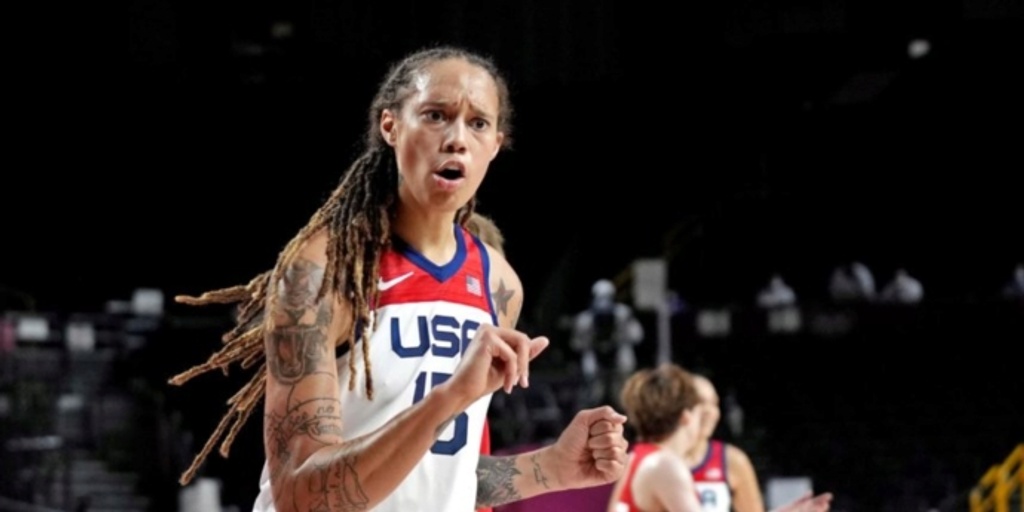 A new report from ESPN states that the U.S. government has reclassified WNBA star Brittney Griner's status to "wrongfully detained" by the Russian government, making a major change in how officials will try to bring her home.

Griner's agent, Lindsay Kagawa Colas, told ESPN in a statement: "Brittney has been detained for 75 days and our expectation is that the White House do whatever is necessary to bring her home."

This now means that the U.S. government will not wait for Griner's case to play out through the the Russian legal systen and will now try to negotiate her return home. Her fellow WNBA players along with NBA players and members of Congress now have the family's support to bring attention to this matter in hopes that it will help secure her release out of Russia.

"We feel really good about it," a source close to Griner said. "But we also know it can drag out, so we don't want to get our hopes too high."

The WNBA announced on Tuesday that it will put a floor decal on the home court sideline of all 12 teams featuring her initials and her number 42 this season.

The Phoenix Mercury star has been detained in Russia since early March over allegations that she was traveling with vapes and hashish oil. While she has not been formally charged, she is scheduled to have a hearing on May 19. The U.S. considers the legal proceedings to be irrelevant to her case now that Griner is being considered "wrongfully detained",