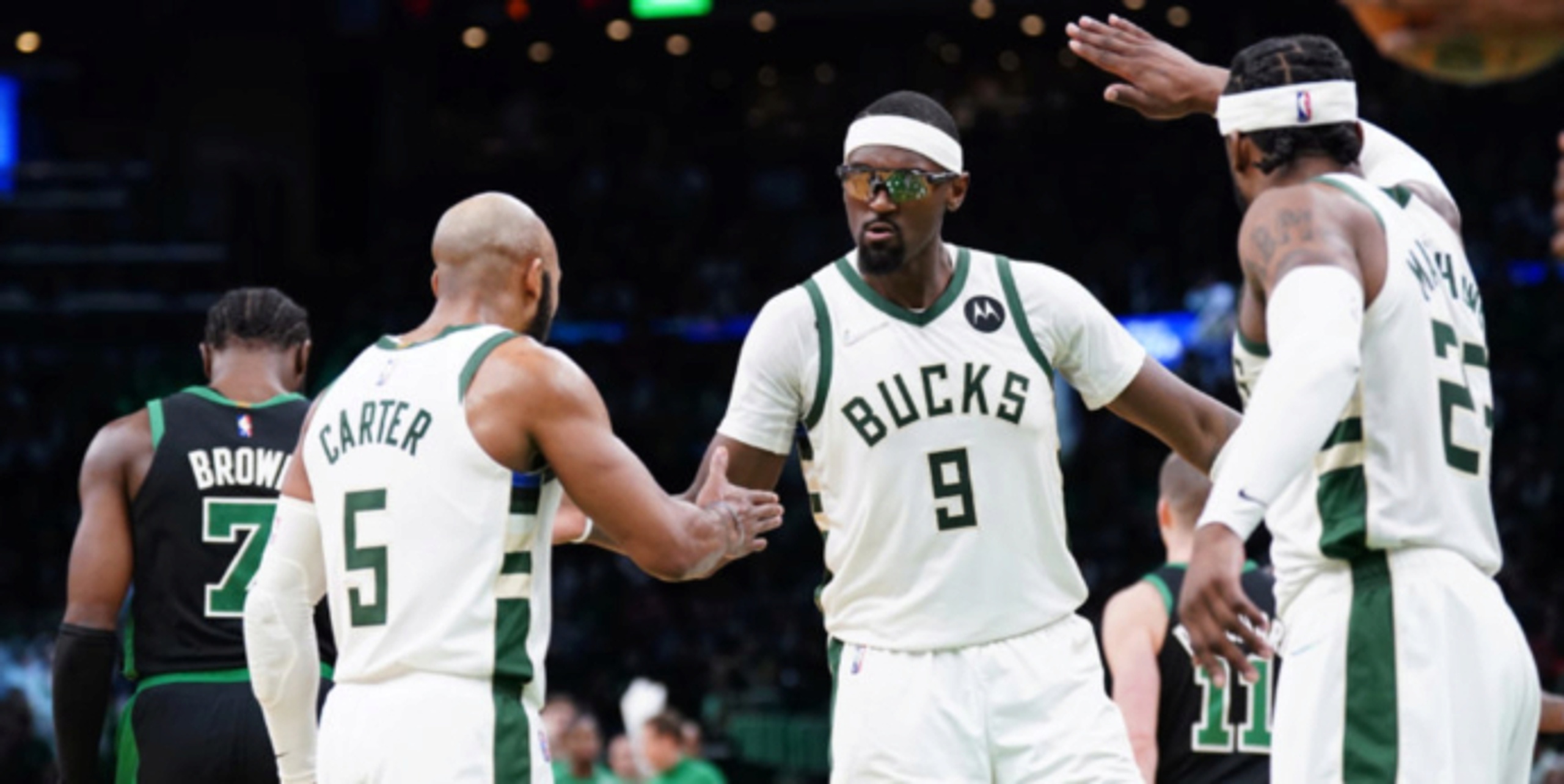 Klay Thompson savored the moment by spending a few minutes on the court after a roller coaster of emotions during the final minute.

He hit the game-winning 3-pointer — only to miss two free throws before getting back on defense to force Ja Morant to miss a layup, giving Golden State a 117-116 win. It wasn't for a championship but was nevertheless a huge win for the Warriors and more so for Thompson because of the injuries he's dealt with the past two years.

“Having to watch the last couple of years, just soaking everything in and internalizing the whole atmosphere and just appreciating where I’m at,” Thompson said.

Game 1 showed that the results of the 1-on-1 scoring competition between Memphis' Morant (34) and Stephen Curry (24) of the Warriors doesn't mean their team will win the game or the Western Conference semifinal series. Supporting casts are crucial at this stage of the postseason.

Thompson was just 3 of 10 from outside the arc and finished with 15 points. But Jordan Poole helped Golden State's bench outscore Memphis' reserves 47-30. Poole had playoff career highs with 31 points and eight rebounds, and he also matched his playoff best of nine assists.

Jaren Jackson Jr. had a playoff career-high 33 points in his second straight double-double. He also matched his season high with six 3-pointers.

When the fourth overall draft pick in 2018 plays like that, Grizzlies' teammate Kyle Anderson said, there's not a lot of teams that can beat them.

“We need him on the floor,” Anderson said of Jackson on Monday. "That's tough. We need those type of performances out of him.”

Andrew Wiggins added 17 points for Golden State. Brandon Clarke has scored in double figures each of the first seven games coming off the bench for Memphis, and Grizzlies reserve De'Anthony Melton added 14 against the Warriors after not playing the final two games of the first round.

In the Eastern Conference, Giannis Antetokounmpo got more help from his Bucks’ teammates than Jayson Tatum did from the rest of the Celtics.

Antetokounmpo had a triple-double, leading the Milwaukee Bucks to a road win to open their Eastern Conference semifinal with Boston. With Khris Middleton still out with an injured knee, Bobby Portis came through with 15 points and 11 rebounds to go along with Jrue Holiday’s double-double.

Tatum got little help from his teammates, with Jaylen Brown and Marcus Smart going a combined 7 of 24.

“I have all the faith in the world in JB,” Tatum said. "No one should hang their heads. Just get ready for the next one.”

NEED TO KNOW: The defending NBA champion Bucks started slowly but imposed their will on the Celtics in the second half of their 101-89 Game 1 win. Antetokounmpo shot 9 for 25 from the field but still posted his second career playoff triple-double (24 points, 13 rebounds and 12 assists). The Celtics shot a playoff-low 33% (28 of 84) with just 21 assists and a playoff-high 18 turnovers.

KEEP AN EYE ON: How the Celtics adjust to the Bucks’ pressure. Milwaukee picked Boston’s ball handlers up full court at different times, forcing the Celtics to speed up in some shaky half-court possessions. Boston coach Ime Udoka said changing the approach is a must to free up the offensive flow: “You want to mix it up and at times and attack out of that when they’re pressing."

INJURY WATCH: Udoka said Smart is questionable for Game 2, dealing with a fair amount of soreness from a bruised thigh hurt in the opener. He got hit twice in the same spot and also left just before halftime with a right shoulder stinger. “He’s a tough guy that’s going to try to play through things,” Udoka said. … Milwaukee guard George Hill was on the court for Monday’s practice doing individual work, but coach Mike Budenholzer said he will remain out with the abdominal strain that kept Hill out of the Chicago series.

PRESSURE IS ON: Tatum and Brown. Boston’s star duo combined to go 10 of 31 from the field. Tatum managed 21 points, but Brown finished with only 12, going 3 of 9 from the 3-point line with seven turnovers. The Celtics’ offense goes how they go, and another lackluster performance by the tandem would almost certainly lead to a 0-2 deficit.

— NEED TO KNOW: The Warriors outrebounded the NBA's top rebounding team 52-47, with an NBA statistic correction giving them another rebound well after the game. They also matched the Grizzlies on the offensive glass with 16 — far above Golden State's average of 9.8 during the regular season and 8.5 in the playoffs. That helped the Warriors outscore Memphis 26-24 on second-chance points.

— KEEP AN EYE ON: Draymond Green. He was ejected from Game 1 late in the first half for swiping Brandon Clarke's face with right hand, grabbing the Grizzlies forward's jersey with his left and pulling Clarke down to the court. Green said on his podcast he thought the NBA might reduce the flagrant foul but didn't. That leaves Green two points from a one-game suspension.

— INJURY WATCH: Desmond Bane got treatment during the second half on the bench for what Memphis coach Taylor Jenkins called “general soreness." Jenkins said Bane is doing all right, just sore like most of the Grizzlies. Grizzlies center Steven Adams has not been cleared from the health and safety protocols and remains day to day. ... Thompson is probable for Golden State with right knee soreness.

— PRESSURE IS ON: Memphis. The Grizzlies already have lost home-court advantage. Dropping Game 2 means going to San Francisco with a sweep by the Warriors a much bigger possibility for one of the NBA's youngest teams playing on its biggest stage yet.