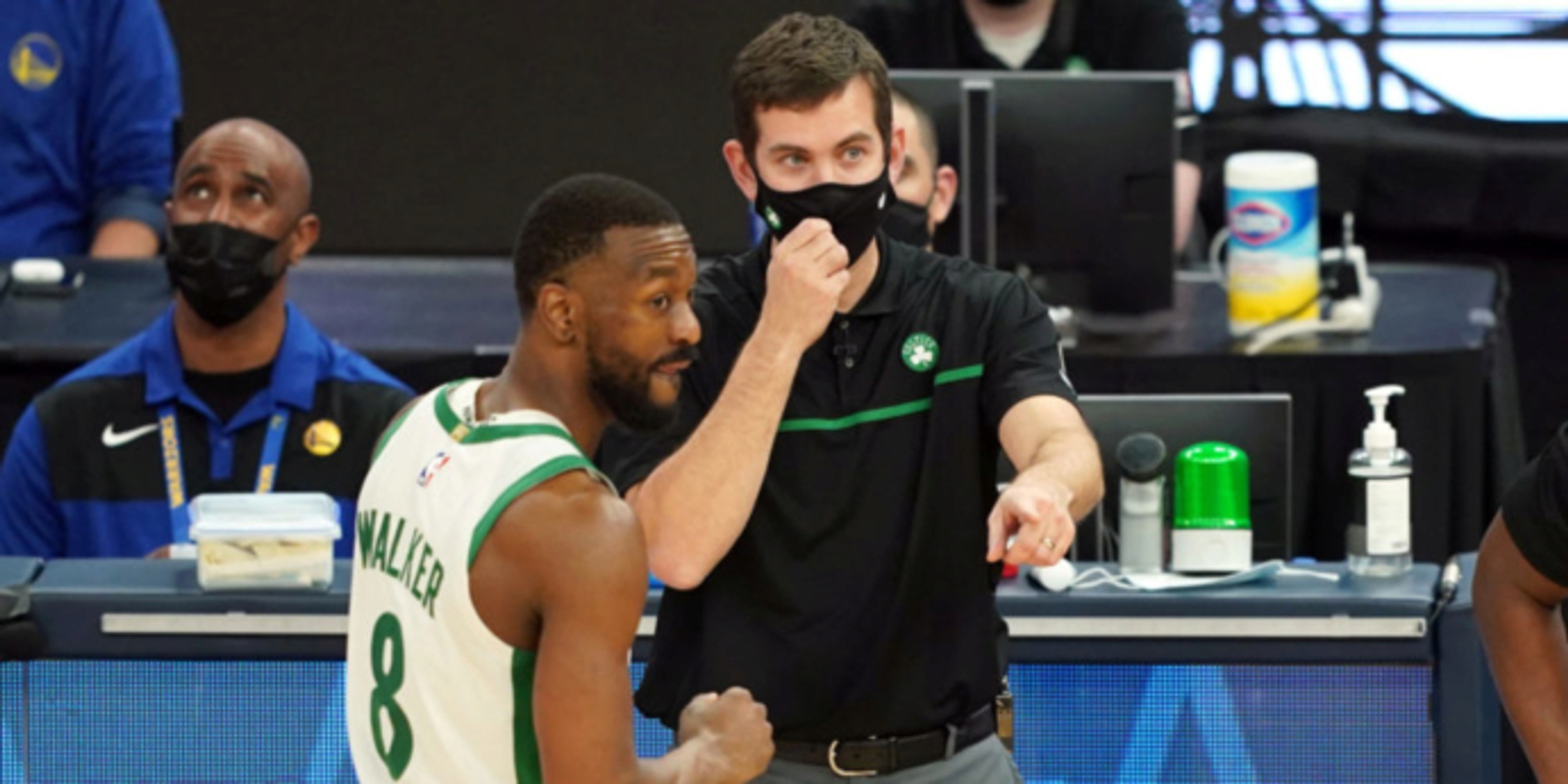 In a detailed story from Jared Weiss of The Athletic, he reveals what factors led to coach-turned-president of basketball operations Brad Stevens trading Kemba Walker to the Oklahoma City Thunder yesterday. While Walker's frustrating season played into the move, Weiss hinted that there was a general tensions surrounding the entire team, including relationships with Stevens and Marcus Smart.

According to the story, "At season’s end, multiple sources close to the players said several members of the locker room were welcoming a coaching change, noting Stevens did not appear to hold key players accountable, with complaints he was favoring Smart over others." Smart has one year remaining on his current contract.

Weiss also said, "Smart has long been a favorite of both Stevens and predecessor Danny Ainge, even as Ainge was reportedly exploring trades for Smart. Despite the continuity in leadership, several team sources suggest the Celtics’ culture of competition is eroding — with more than one source pointing to the players’ perceived indifference toward Kyrie Irving stomping on the Celtics logo after the final home game of the season as a red flag they did not exhibit the same sense of pride in the organization that has been the Celtics’ calling card in years past."

The Celtics even had a chance to land Blake Griffin after he was bought out by Detroit this past season. But as Weiss writes, Griffin "was told not to come to Boston because of the apparent dysfunction."

As for Walker, Weiss reports that Boston had been attempting to move him throughout the 2020-21 season while the point guard worked his way back from a knee injury. But during this past year, the relationship between Walker and Stevens grew tense. In the report, Weiss writes that Gordon Hayward, before leaving the team, told Stevens to be harder on his guys.

"Several team sources felt Stevens was more aggressive with certain players this season, which included Walker, who was criticized for his defensive mistakes," Weiss wrote. "Those sources said Walker and Stevens began to butt heads, though the pair were considered to have a productive working relationship and mutual respect for one another."

It's an incriminating report for a team that is looking to keep young stars Jayson Tatum and Jaylen Brown around long-term. The Celtics lost in the first round of the NBA playoffs to Brooklyn and finished 36-36 in an underwhelming season.

In the weeks to follow, they have moved Stevens to the front office and opened up a search for a new head coach. Stevens has already shuttled Walker out to Oklahoma City, along with the No. 16 overall pick and future second-round picks, for Al Horford, Moses Brown and a 2023 second-rounder.

We'll see how the Celtics look to further re-tool their roster -- and their image -- this offseason.