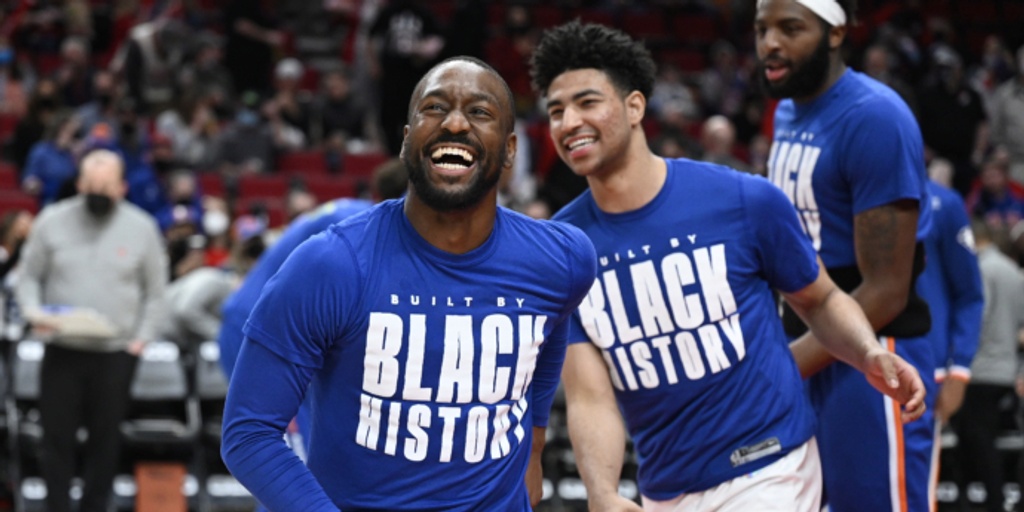 According to Marc Stein, the Dallas Mavericks are in advanced talks to sign Kemba Walker and could complete the signing of the former All-Star guard as early as this week pending a physical examination.

Stein adds that Dallas has targeted the 32-year-old Walker in hopes he can help address its needs for both increased perimeter shooting and additional ballhandling off the bench. The team will need to create a roster spot and will likely do that by waiving Facundo Campazzo.

The New York Knicks traded Walker to the Detroit Pistons this past June as part of a deal to acquire the draft rights to No. 13 overall pick Jalen Duren. The Pistons never planned on playing him and waived Walker right before the season, eating his guaranteed $9.2 million salary for this season.

Walker appeared in only 37 games last season for the Knicks, averaging a career-low 11.8 points, 3.5 assists in only 25.6 minutes per game. The Knicks announced in February that they would not play Walker gfor the remainder of the season.