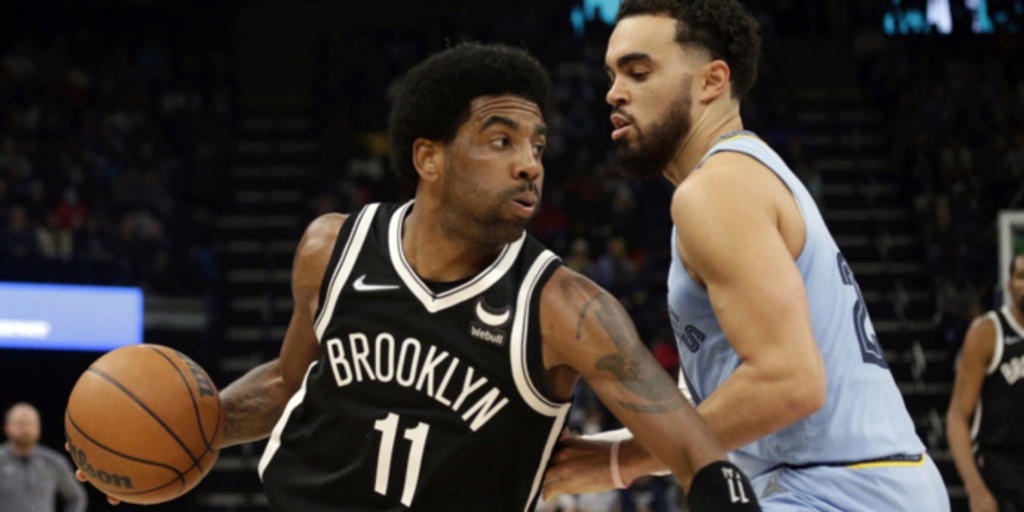 Report: Kyrie Irving plans on re-signing with the Brooklyn Nets

Kyrie Irving said he plans on re-signing with the Brooklyn Nets this offseason, according to reports.

Kyrie Irving on prospect of extending with the #Nets long term: “It has always been about being comfortable loving where I'm at, and I love it here. Once that summertime hits, I know that we'll have some conversations; but there's no way I can leave my man seven anywhere.” #nba

Irving's desire to remain in Brooklyn is at least partially motivated by his preference to continue playing with teammate Kevin Durant. Irving and Durant joined the Nets in the same offseason (2019). Durant already signed a four-year/$198 million extension last summer.

Now that Irving is cleared to appear in home games, all appears to be well between Irving and the Nets; however, an extension is not necessarily a done deal. The Nets allegedly chose to forego making an offer last summer over Irving's COVID-19 vaccine-related holdout. Further, Irving has made these types of promises to fan bases before, specifically in Boston when he said, "If you guys will have me back, I plan on re-signing here next year." Irving signed with Brooklyn the following offseason.

The Nets are currently in eighth place in the Eastern Conference with a 38-35 record; but due to New York's vaccine mandate, Irving has only played in 20 games. Brooklyn is 8-12 with Irving in the lineup. They are 5-3 this season when Irving and Durant both play.