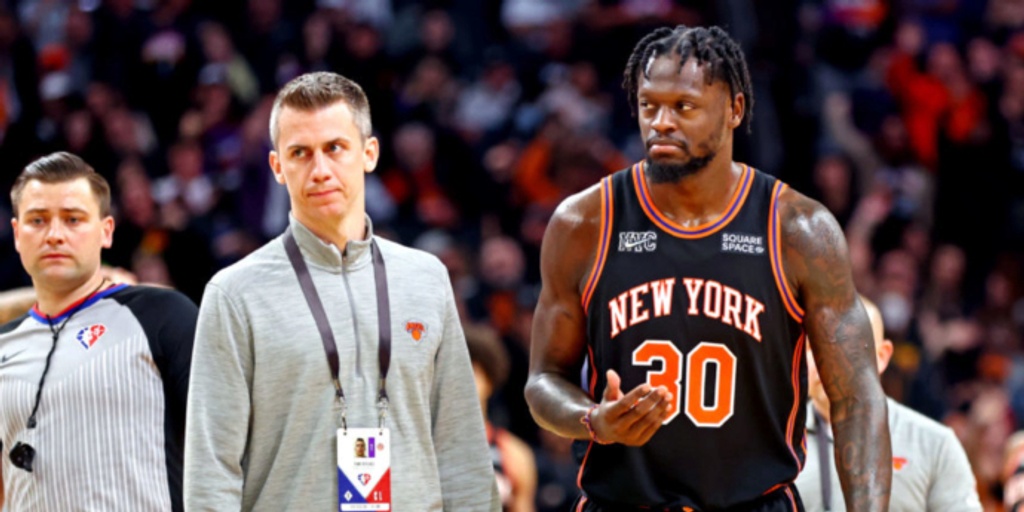 The Knicks' Julius Randle has been fined $50,000 for an on-court altercation that resulted in the Suns' Cam Johnson making contact with an official, according to the NBA.

The following has just been announced: pic.twitter.com/7IX7IC7an3

Despite Randle's recent resurgence, the Knicks are unlikely to make the playoffs -- or even qualify for the play-in tournament. The Knicks are 25-38. New York has won only four of their past 10 games and are currently six games behind the 10th seed Atlanta Hawks.