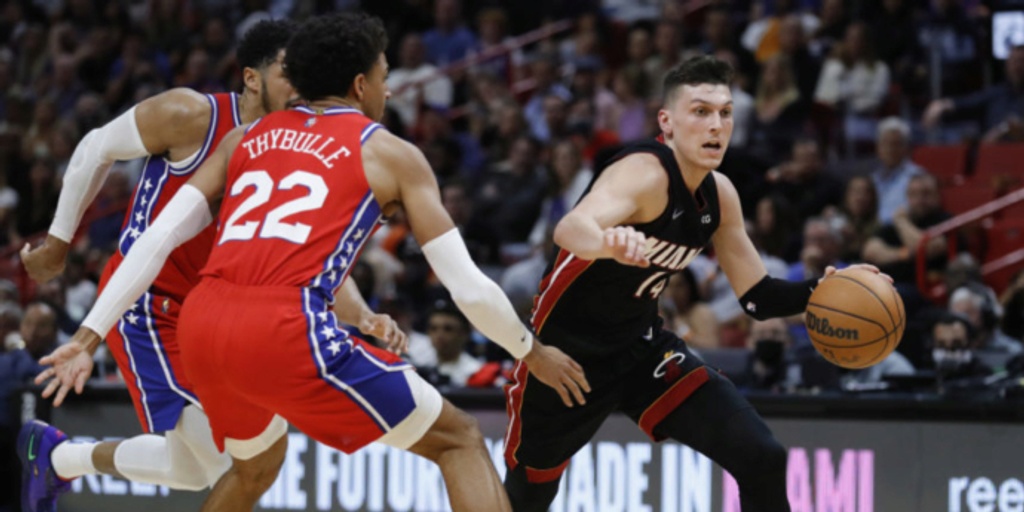 The Miami Heat seem ready for a title run

The 2022 NBA playoffs are more than a month away, but the Miami Heat look ready for the postseason now. Including last night's win against the retooled Philadelphia 76ers, the Heat have won eight of their last 10 games. Miami has also posted wins against the Brooklyn Nets and Chicago Bulls recently.

The Heat are clicking at exactly the right time. Miami is currently in first place in the Eastern Conference with the seventh-easiest remaining schedule, according to Tankathon.com.

The Heat's recent success can be attributed to a number of players, including reserve guard Tyler Herro, who has scored at least 20 points in each of the team's last six games. Herro has established himself as the favorite for Sixth Man of the Year this season.

Miami will receive another boost in the near future in the form of Victor Oladipo. The former All-Star is set to return from a quad injury as soon as this week.

If Oladipo can contribute regularly -- albeit in a limited capacity -- the Heat will be even scarier. Once Oladipo returns, we'll have a better idea of just how far the Heat can go in the playoffs.