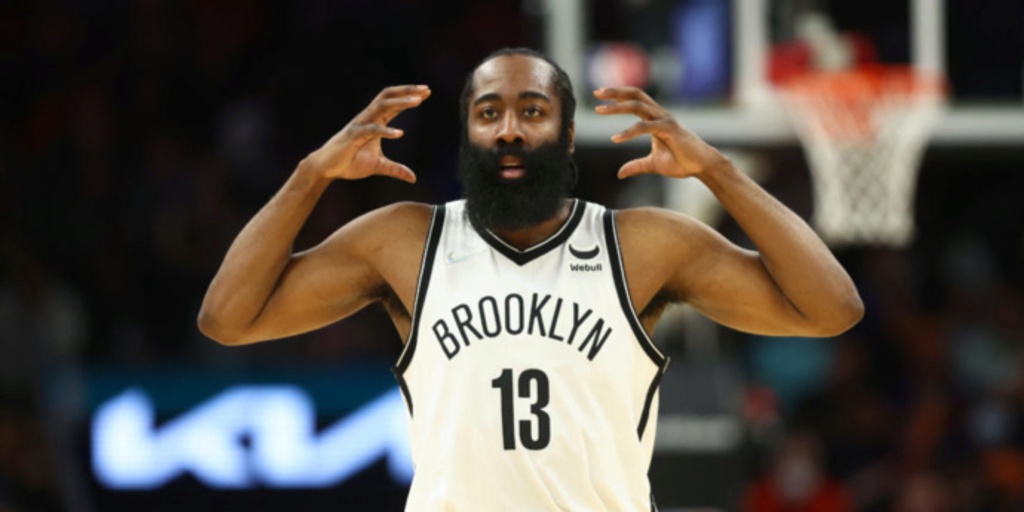 Report: James Harden wants trade to 76ers, has not formally requested one

According to ESPN's Adrian Wojnarowski, James Harden does want to be traded from the Brooklyn Nets to the Philadelphia 76ers. However, he has not formally requested a trade out of worry about public backlash.

"I'm told that James Harden wants a trade to the 76ers. He wants it to happen today prior to the trade deadline. But he has resisted formally requesting that trade with the Nets organization."

Harden's sudden availability has become the dominant storyline of this trade deadline cycle. The 32-year-old is averaging 22.5 points, 10.2 assists and 8.0 rebounds per game for the Nets this season, but is shooting a career-low 33.2% from three-point range and has drawn criticism from the public for an apparent lack of effort in recent games. It remains to be seen if Brooklyn and Philadelphia will have time to pull off a trade before the 3:00 p.m. ET trade deadline.