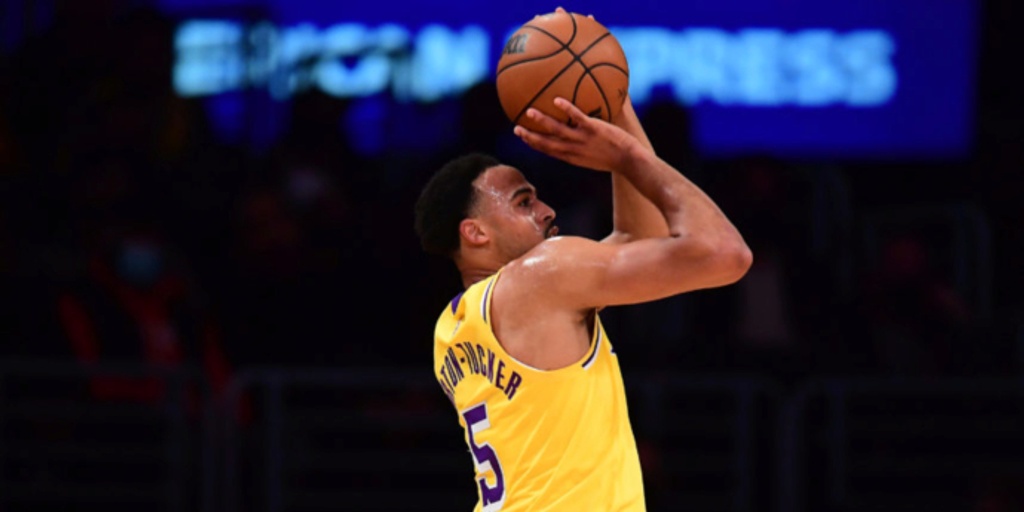 The Los Angeles Lakers, New York Knicks, and Toronto Raptors discussed a three-team trade at length Wednesday night into Thursday morning. The framework would send Cam Reddish and Alec Burks to the Lakers, Goran Dragic and draft pick compensation to the Knicks, and Talen Horton-Tucker and Nerlens Noel to the Raptors, league sources told HoopsHype. Kendrick Nunn was also mentioned as a potential addition to the trade talks, sources said.

ANALYSIS: This possible deal is notable on a few fronts. The Knicks just acquired Reddish from the Hawks, but the young wing has appeared in just five contests since being dealt. Horton-Tucker has been considered the most valuable available player the Lakers have to offer teams. Meanwhile in Toronto, Goran Dragic has played in just five games all season. He is on an expiring contract and making $19.4 million this season.