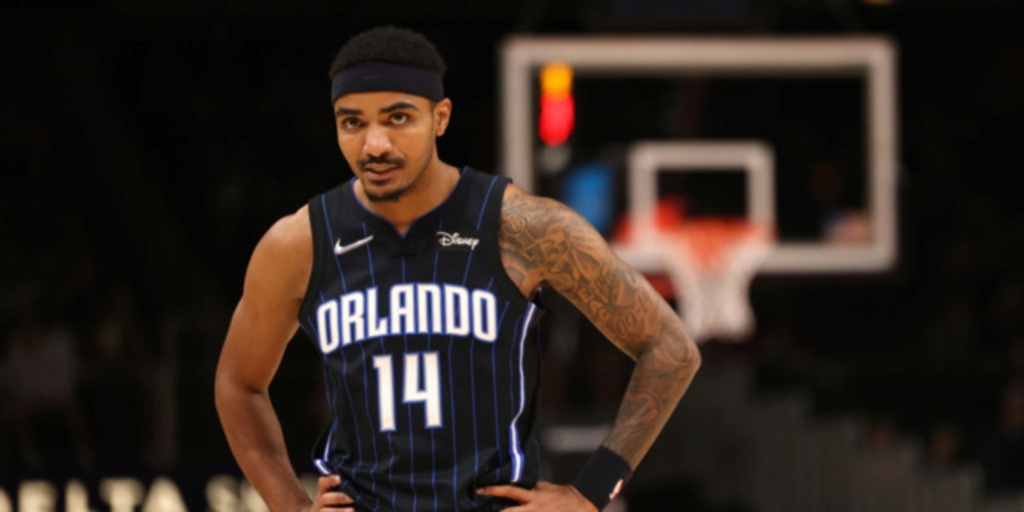 It's #DeadlineSZN in the NBA, which opens up the possibility of a host of players -- ranging in role and status -- could be on the move.

The big names are well known: Ben Simmons* and James Harden*, CJ McCollum, Jerami Grant, Domantas Sabonis and others have seen their name tossed around the rumor mill. As fun as those guys are to track, it's generally the under-the-radar names that swing things in terms of mid-season deals.

A prime candidate for this distinction is Magic guard Gary Harris. Bleacher Report's Jake Fischer dropped this nugget in his latest intel piece:

League personnel expect Orlando will find a new home for Terrence Ross in a similar deal structure that saw the Magic part with Evan Fournier for two second-round picks last season. Meanwhile, Gary Harris has been painted as a potential buyout candidate if he is not moved.

Harris originally made hay as an off-ball merchant in Denver -- flying down the court in transition, knocking down triples, and back-cutting unsuspecting defenders for buckets -- while doubling as a sturdy on-ball defender. His 2017-18 campaign -- 17.5 points (55/40/83 splits), 1.8 steals -- firmly cemented him as one of the best young two-way guards in the sport.

Injuries and a sputtering shot -- he converted 33.7% of his threes on 3.9 attempts over the next three seasons -- led to a decline in prominence in Denver and the eventual trade to Orlando (as part of the Aaron Gordon trade).

Harris has bounced back a bit this season, averaging 11.6 points (51/38/84 splits) in a shade under 30 minutes. He can still get loose off the ball, and has shown some springiness when attacking closeouts.

He isn't the same guy defensively. Once a sticky point-of-attack guy, physical decline has made screen navigation more of a chore for him. His pick-and-roll film is littered with late/peel switches after losing contact with the ball-handler.

That isn't necessarily a bad thing; it just means expectations need to be realistic.

He remains active as a help defender, makes solid off-ball reads, and has experience punching above his weight class on switches. Even at the point-of-attack, he's fine against non-elite ball-handlers and can still flow between pressing the handle and dropping back to give a cushion.

There's utility for Harris in a scheme that doesn't make his screen navigation the end-all, be-all -- think a two-to-the-ball scheme like Minnesota or Milwaukee, or a heavy switching style like the Celtics or Clippers employ.

You know who's a hand-in-glove fit for what Harris provides on both ends? The Denver Nuggets.

He established great handoff and random-nonsense chemistry with Nikola Jokic earlier in his career; the Harris-Jokic handoff generated over 1.08 points per possession during the 2017-18 campaign, per Second Spectrum. His shooting and cutting would be welcomed to that injured guard room.

The Celtics have been trying to get consistent production from their backup guards/wings all season long. Peyton Pritchard, Romeo Langford, and Aaron Nesmith have all taken turns showing flashes; a vet like Harris could help solidify that spot.

The Lakers could use ... just about all the help they can get in the backcourt. With their half-court attack being built around the interior (or mid-post) play of LeBron James and Anthony Davis, having Harris as a spacer or cutter in some of their more intricate sets could be a solid fit.