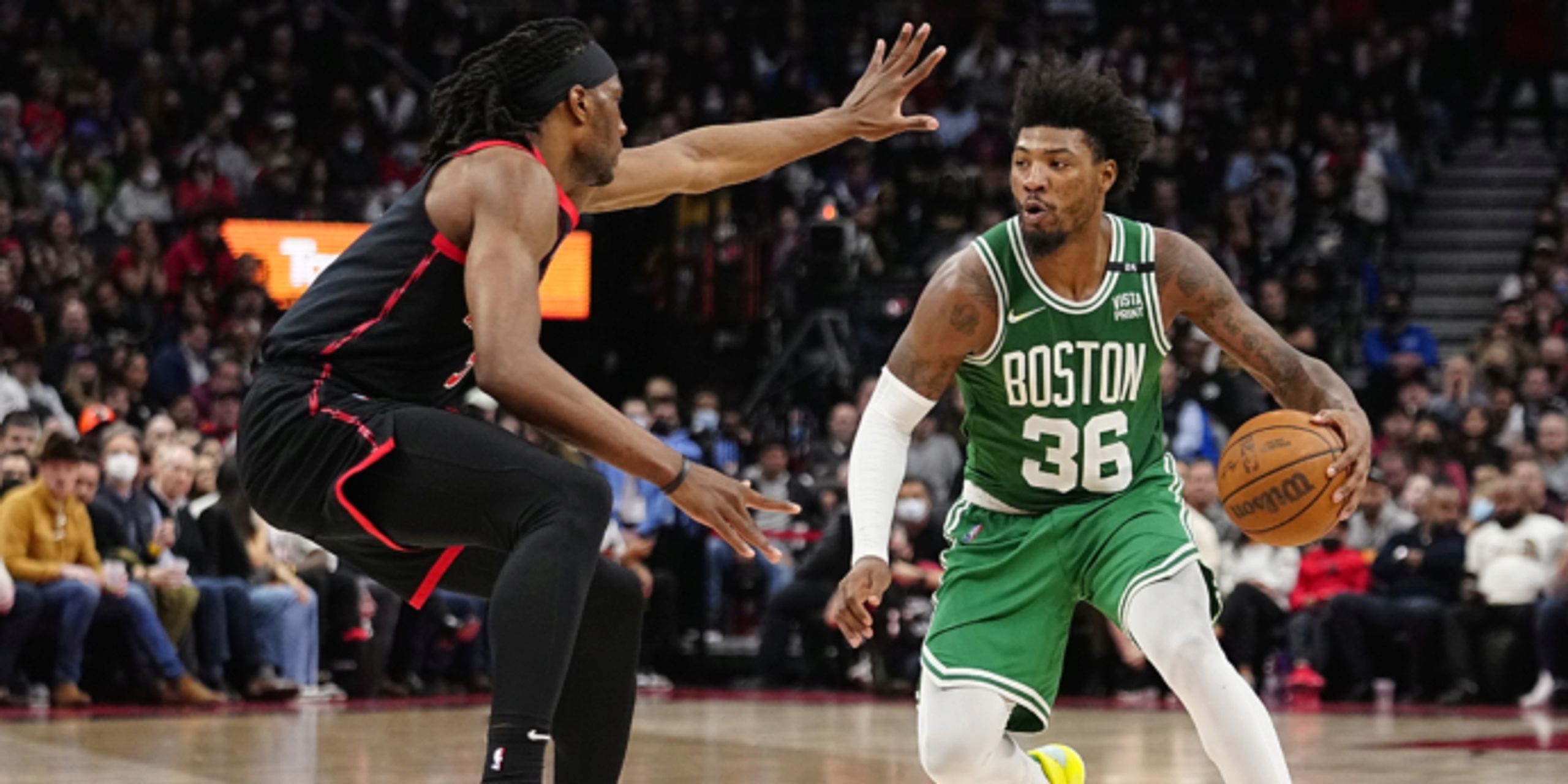 TORONTO – The National Basketball Association (NBA) today announced that the eighth NBA Canada Series presented by Bell will feature two preseason games in Edmonton and Montreal in October 2022, marking the first time the series will be held since 2019.

Fans in Canada can register for exclusive presale ticket access at NBA.com/CanadaSeries.  Tickets for both games will go on sale Aug. 19 through Ticketmaster.  In addition to presenting partner Bell, supporting partners of the NBA Canada Series include Hennessy (Montreal), Michelob Ultra, Nike and Tangerine.

The two games will mark the 10-year anniversary of the first NBA Canada Series presented by Bell game, which featured the Raptors and the New York Knicks playing a preseason game in Montreal in 2012.  In total, 14 NBA teams have participated in 14 preseason games across five provinces as part of the NBA Canada Series presented by Bell, drawing a total attendance of more than a quarter of a million Canadians.

For more information, fans in Canada can follow the NBA on Facebook, Twitter, Instagram and TikTok.  A full range of official NBA merchandise is available at the NBA Store in Canada by visiting NBAStore.ca.

“As we approach 10 years since the first NBA Canada Series presented by Bell game, I am immensely proud of the positive impact this series continues to make on the Canadian basketball community – from first NBA experiences for fans and families, to hosting dozens of camps, community programs and court refurbishments, we appreciate the ongoing commitment of Bell and our teams to bring the thrill of live games to our dedicated fans across the country.

“As a proud partner of both the Toronto Raptors and the league, we’re excited to bring the live NBA experience back to fans in Edmonton and Montréal.  In addition to the games, our sponsorship of NBA Canada Series will include Bell for Better initiatives that will connect communities and inspire change through basketball.”

“It’s so good to once again be able to play in front of our fans across Canada. We’re looking forward to returning to Montreal, and to playing at Rogers Place in Edmonton for the first time. It’s a fantastic reminder, as we begin a new season, that we are Canada’s team, and we look forward to making Raptors fans proud, no matter where they are cheering from.”

“We’re excited to bring Celtics basketball to fans in Montreal as part of NBA Canada Series.  We applaud the NBA’s continued commitment to growing the game globally.”

“We’re excited to be featured in the preseason NBA Canada Series.  It is a unique opportunity for our organization to engage with the league’s Canadian fans in Edmonton. Our players and staff are looking forward to it.”

The National Basketball Association (NBA) is a global sports and media organization with the mission to inspire and connect people everywhere through the power of basketball.  Built around five professional sports leagues:  the NBA, WNBA, NBA G League, NBA 2K League and Basketball Africa League, the NBA has established a major international presence with games and programming available in 215 countries and territories in more than 50 languages, and merchandise for sale in more than 200 countries and territories on all seven continents.  NBA rosters at the start of the 2021-22 season featured a record 121 international players from 40 countries.  NBA Digital’s assets include NBA TV, NBA.com, the NBA App and NBA League Pass.  The NBA has created one of the largest social media communities in the world, with 2.1 billion likes and followers globally across all league, team, and player platforms.  Through NBA Cares, the league addresses important social issues by working with internationally recognized youth-serving organizations that support education, youth and family development, and health-related causes.