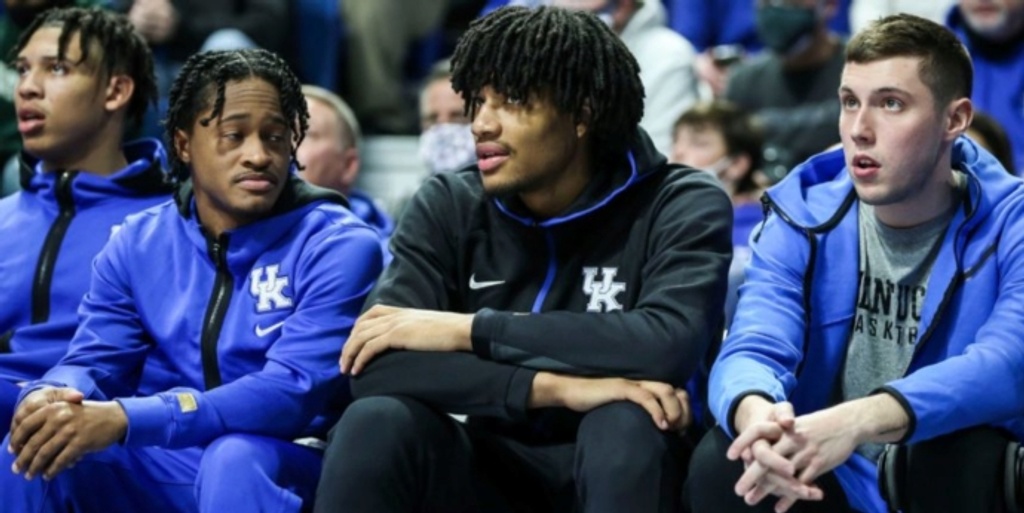 Initially, Sharpe enrolled at Kentucky for the spring semester in order to practice with the team and then play the following season. But now, the 18-year-old has an opportunity to be a top pick in the 2022 NBA Draft without playing a minute of college basketball.

Matt Babcock, our senior NBA Draft analyst, got a chance to scout Sharpe a few months ago and was impressed:

Shaedon Sharpe is the 6th pick on the @basketbllnews 2022 NBA Mock Draft, so I can't say that I'm surprised that he entered the draft. It's just too good of an opportunity to pass up.

I had the chance to watch Sharpe in Kentucky a couple of months ago. Here are some clips: pic.twitter.com/fp4URD8TC6

“Shaedon Sharpe's situation in regards to the 2022 NBA Draft is interesting. On the one hand, he's an incredibly explosive athlete with impressive physical tools and after last year's AAU circuit, he proved to be a dangerous shot-maker with range and a knack to put the ball in the hole," Babcock said. "Subsequently, he was widely regarded as one of the top prospects in his high-school class. However, he finished high school early and enrolled at Kentucky midway through the season but did not play. As a result, NBA teams have had limited exposure to evaluate Sharpe, making his current draft value hard to pinpoint.

"Luckily, I do not have the same limitations as NBA scouts regarding what high-school events I'm allowed to attend, so I have seen Sharpe more than NBA scouts. My evaluation of Sharpe leads me to think that after teams gain a better grasp of him as a prospect throughout the pre-draft process, he will be selected high. I do not expect him to get out of the Top 10.”

In BasketballNews.com's most recent 2022 NBA Mock Draft, Sharpe is projected to go No. 6 overall to the Portland Trail Blazers.