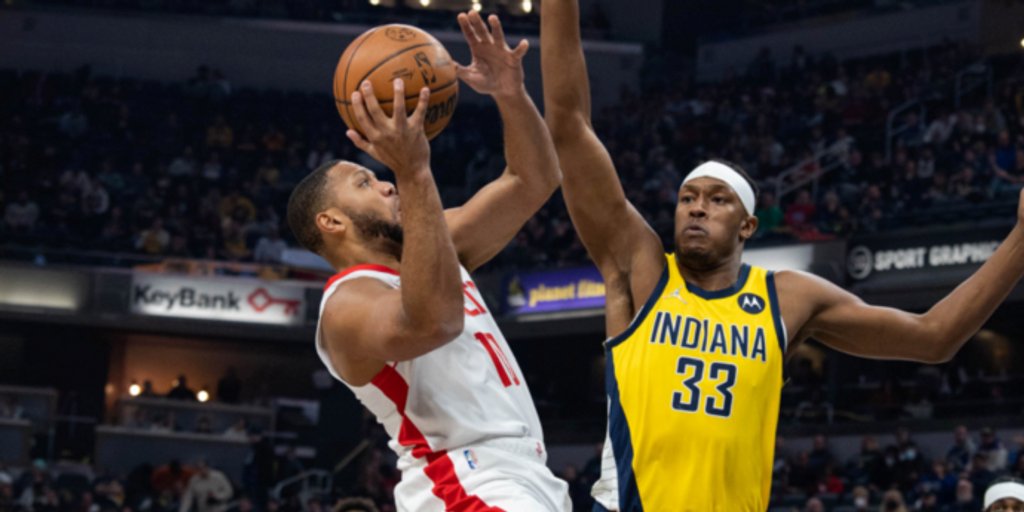 With one week to go before the 2022 NBA trade deadline, talks are heating up around the league. In a year that seems very wide open, many teams could be enticed to make a win-now move and push some chips to the middle of the table. According to the rumor mill, we could see deadline deals involving a number of significant contributors who can swing potential playoff series.

So, which teams and players make the most sense together? Let’s go dive into the moves that could swing the Western Conference standings despite Phoenix already creating noticeable distance up top.

Will the rich get even richer? Phoenix may try to make a bold move and remove all debate over who's the West's No. 1 seed. As I mentioned previously, it’s no secret that the Suns have inquired about Eric Gordon and Thaddeus Young as midseason upgrades. Gordon would be via trade, while Young could be scooped up via the buyout market if no trade happens in San Antonio.

If the Suns were to accomplish this, their rotation would be absurd heading into a postseason as title favorites:

That right there is a dominant playoff rotation with no holes presented. On top of that, it’s the type of trade teams make when they know how close they are to the ultimate goal. Phoenix checks all the boxes, and so do the fits of Gordon and Young in the Valley.

Gordon would immediately step in as a reliable third guard, with way less volatility than what Payne and Landry Shamet have presented this season. Gordon’s versatility and sharpshooting would bring another boost to an already elite offense for the Suns.

Phoenix would have to send out Dario Saric, Jalen Smith and a cheap expiring contract (i.e. Elfrid Payton, Abdel Nader, Frank Kaminsky). The Houston Rockets have also let it be known they want a future first-round pick in any Gordon deal. Phoenix shouldn’t feel concerned about relinquishing a protected 2024 first-round pick, especially with its championship window being right now.

Keep an eye on Phoenix, folks. They are positioned well to make a few notable splashes through different avenues.

Does Dallas really want to lock in this core around Luka Doncic? The answer should be "No," although Jalen Brunson and Dorian Finney-Smith have provided strong chemistry alongside the Mavs’ young superstar point forward. Maybe the Mavs decide to keep Brunson around, but it’s going to be a tough pill to swallow paying both him and Finney-Smith this summer.

With that being the case, now is the perfect time to strike on one of those assets to bring aboard a game-changing piece. Enter Myles Turner, who instantly jolts an already-recharged Dallas defense.

Turner instantly provides an elite rim-protector to take pressure off Doncic and Kristaps Porzingis. The Mavs might take a small step back in rebounding with this move, but Doncic should be more than capable of taking on those duties.

The Indiana Pacers would receive Dwight Powell’s salary, Finney-Smith as a looming restricted free agent and a first-round pick. With Turner’s value down due to a foot injury — which could have him back on the court next month — this might be the best offer available for the Pacers.

With the sudden emergence of Isaiah Jackson and Terry Taylor, Indiana would be wise to move off Turner immediately. The Pacers are in a rare position to focus on the internal player development of their young core and simultaneously lose their way into a top draft pick. Focus on the young guys and take a flier on how Finney-Smith could fit next to Domantas Sabonis long-term.

One of the most underrated wings on the trade market resides in Oklahoma City. Kenrich Williams is a key glue guy for the Thunder, but imagine how much more valuable his presence would be on a real championship contender this postseason.

Williams is a name that checks a lot of boxes for wing-hungry contenders. I thought about sending Williams to Phoenix for this exercise, but settled upon how brilliant his fit would be in Memphis. The Grizzlies need another versatile wing to keep up in the West. Williams helps bring their strong start even more stability. 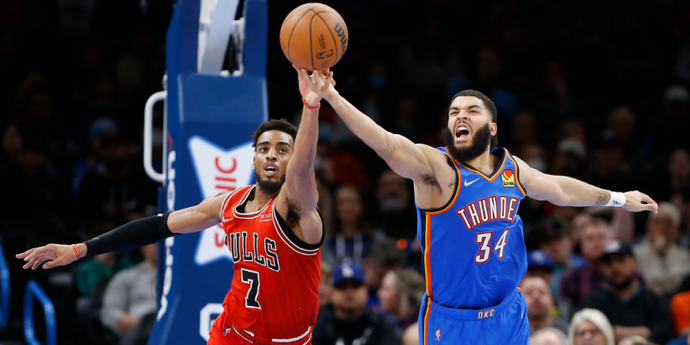 Oklahoma City reportedly is looking for a future first-round pick in exchange for Williams. Memphis can provide that, plus an intriguing flier on a former lottery pick who hasn’t panned out yet in Jarrett Culver.

It’s not a star-type move, but Williams is one of those under-the-radar pieces that could thrive in the postseason.

It’s time for the Jazz to push those chips all-in, especially with their slump as of late with multiple core pieces out due to injury. Utah has fallen off its earlier pace trying to keep up with the Suns and Golden State Warriors. Now, they’ve been leapfrogged by the Grizzlies, and multiple teams loom over the Jazz slipping even further in the standings.

Three-time Defensive Player of the Year Rudy Gobert can’t do everything by himself in Utah. The Jazz have been exposed on multiple occasions for not having more versatile defenders surrounding Gobert to make his job a little bit easier.

Now, with Joe Ingles out for the season with a torn ACL, Utah needs to find an immediate contributor on the wing who can help bring the team much-needed, two-way versatility. Harrison Barnes makes so much sense as what the Jazz need to make the jump. Barnes and Jerami Grant have both been linked to the Jazz, so this has some serious smoke behind it.

Barnes is an excellent floor-spacing option who wouldn’t take touches away from Donovan Mitchell. Also, the veteran forward is versatile enough to handle tough assignments on the wing, especially envisioning how it would look against Phoenix and Golden State.

Swapping out Ingles’ contract, Royce O’Neale and a first-round pick for Barnes would be an instant upgrade for the Jazz. It brings them back into the conversation as real Finals threats atop the West with the Suns and Warriors.

How would you grade this rotation for the Jazz if it actually came to fruition?

That bench is a little thin for Utah, but the potency of the starting five completely outweighs that. Utah needs to make a big move, and the time is now.

Welcome to the Wild West, folks. This trade deadline is going to be a very interesting one for the Western Conference's true title contenders.