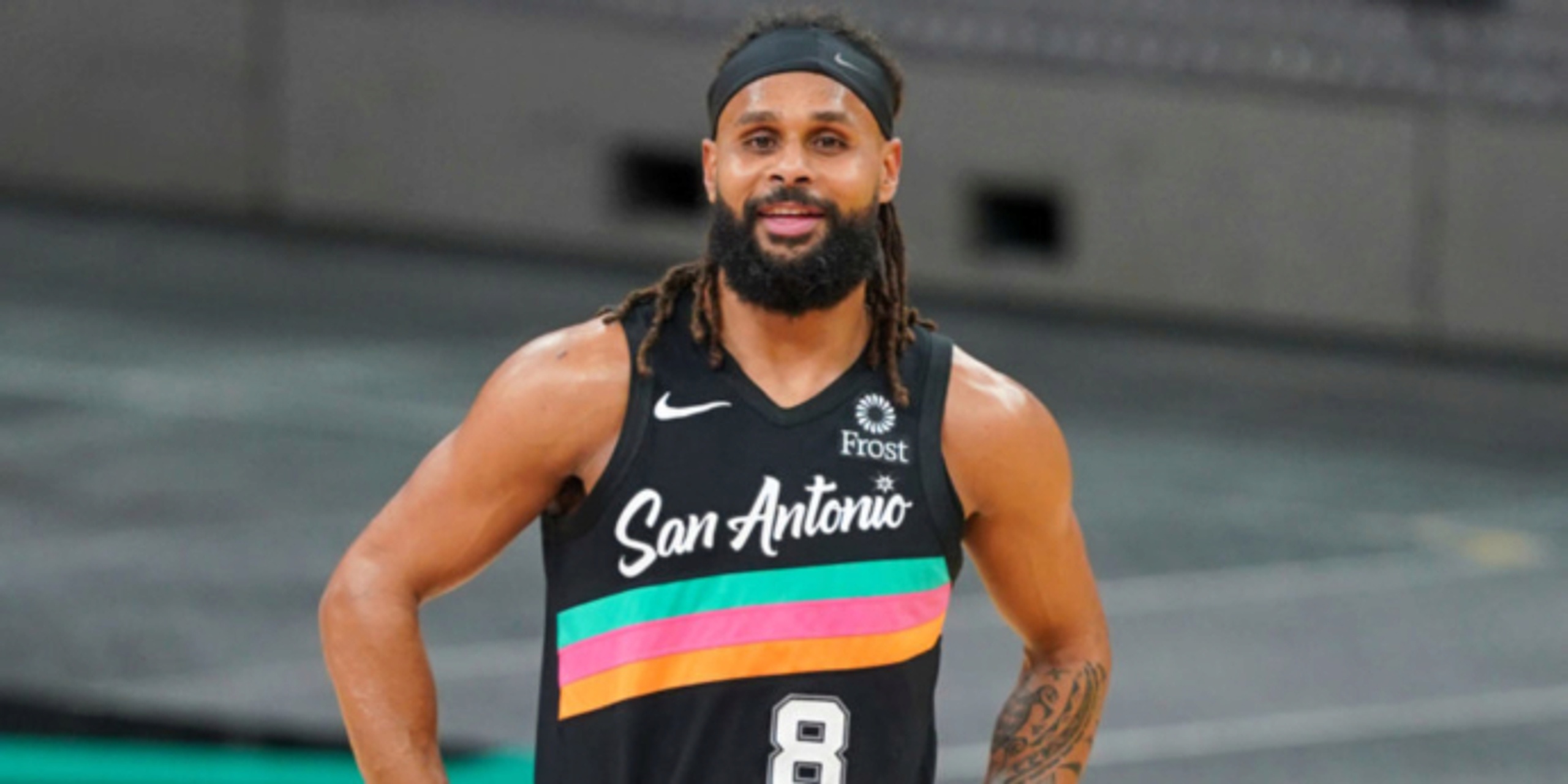 Patty Mills ecstatic to be competing for championship in Brooklyn

Fresh out of quarantine and eager to show off his new bronze medal back home in Australia, Patty Mills repeatedly used the word “excited” in discussing his decision to join the Brooklyn Nets for the upcoming NBA season.

He is looking forward to enjoying the mom-and-pop coffee shops in Kings County and, of course, playing alongside Kevin Durant, James Harden and Kyrie Irving. Also, the opportunity to come off the bench and be the same type of offensive-minded player that he was for the Australian national team this summer at the Tokyo Olympics drew him to the Nets.

“It’s an opportunity for me to be who I am, like I am for the national team,” said Mills, who sported a long-sleeved black Brooklyn sweatshirt and a green “Boomers” cap as he met with reporters on a Zoom call from his home in Australia.

Mills was the third-leading scorer at the Olympics (behind only Ricky Rubio and Luka Doncic), averaging 23.3 points as the Australian men medaled for the first time in the nation's history, a significant accomplishment for a federation that is ecstatic with a bronze. Mills was the star of the team, but in Brooklyn he will once again be coming off the bench, just like he did for the last 10 years with the San Antonio Spurs.

But with the Spurs going into a rebuild and the Nets being the favorite to win next season’s championship, the opportunity to reunite with former Portland Trail Blazers teammate Sean Marks, play under Steve Nash and live in a thriving borough in New York City made Brooklyn too perfect to pass up.

Mills said it was almost surreal to be making his free-agency decision during the Olympic games, but also insinuated that his mind was made up even before the national team arrived in Japan. He said he weighed the pros and cons of an NBA relocation before switching into Olympic mode, and stayed with the national team at the athletes' village outside Tokyo.

“It was almost like basketball wasn’t a part of the conversation," Mills said. "And I think that’s just a testament to him really caring about his players and going the extra mile to understand his players on a different level, and how he is able to connect his players to the outside world, and how there is a world out there that is bigger than basketball and very meaningful, and you learn about that stuff because of him. The ups and downs and the highs and lows that we shared, all that comes into play, but it was just a comfortable conversation, and they all are, because it comes from a genuine place.”

Mills is coming off a season, his 12th in the NBA, in which he started only one of 68 games and was eighth on the team in scoring in a guard-heavy lineup that included DeMar DeRozan, Dejounte Murray, Lonnie Walker and Derrick White, all of whom averaged more points-per-game.

With the Nets, he is unlikely to score more than Durant, Harden or Irving, and Mills said part of the journey will be figuring out how exactly he will thrive as a secondary scorer in the abstract while perhaps being the best offensive weapon on Brooklyn’s second unit.

The Nets have been installed as the prohibitive favorites to win the East, and they return everyone from last season’s active roster with the exception of Landry Shamet, Chris Chiozza and Jeff Green. Green was often a shooter and scorer for Brooklyn when he was in the second unit, a group that got extra run last season due to injuries to Harden and Irving. Those setbacks caught up with the team in its postseason run, which ended with the Nets dropping Games 6 and 7 against the Milwaukee Bucks in the Eastern Conference Semifinals.

Mills certainly makes them better, and he will have about a month back home before reporting for training camp and getting ready for the season opener at Milwaukee on Oct. 19. His alumni game in San Antonio is set for Jan. 21 after the Nets and Spurs first meet in Brooklyn on Jan. 9.

By then, Mills will probably have heard an earful from Durant about how gold medals are better than bronze medals. The two were competitors over the summer, but now are teammates.

“It’s a different opportunity to see how I can fit," Mills said. "The conversations I’ve had with Kevin were so pure and so genuine, being able to understand that he’s such a pure hooper and to go back and forth about basketball specifics, it's exciting for me."