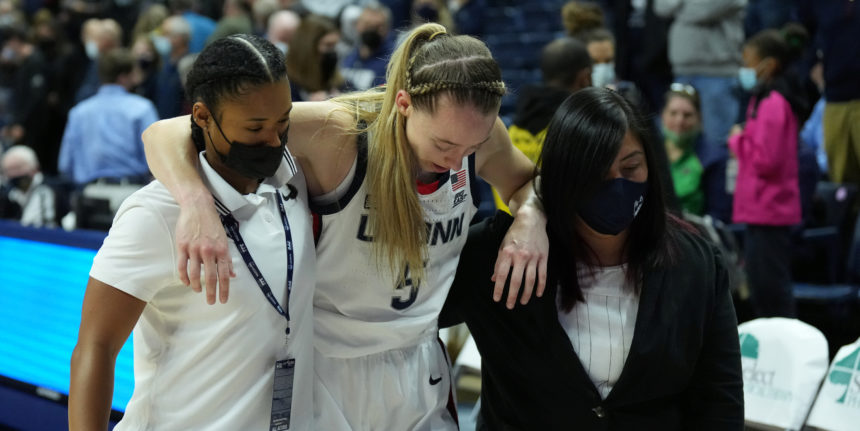 Paige Bueckers injured in No. 2 UConn’s win over No. 24 Notre Dame

STORRS, Conn. (AP) — UConn won its rivalry game against Notre Dame on Sunday but may have lost last year’s national player of the year to a knee injury in the process.

Paige Bueckers scored 22 points before going down with just seconds left in No. 2 UConn’s 73-54 victory over No. 24 Notre Dame.

Bueckers was dribbling up the court in the final minute of this one when she stumbled, twisting her ankle and coming down awkwardly on her left leg. She went to the floor a few seconds later and had to be carried off the court.

Coach Geno Auriemma said the extent of the injury won’t be known until scans are completed on Monday.

Olivia Nelson-Ododa added 14 points and 13 rebounds for the Huskies (5-1). Freshman Caroline Ducharme scored a season-best 14 points and Aaliyah Edwards chipped in with 10.