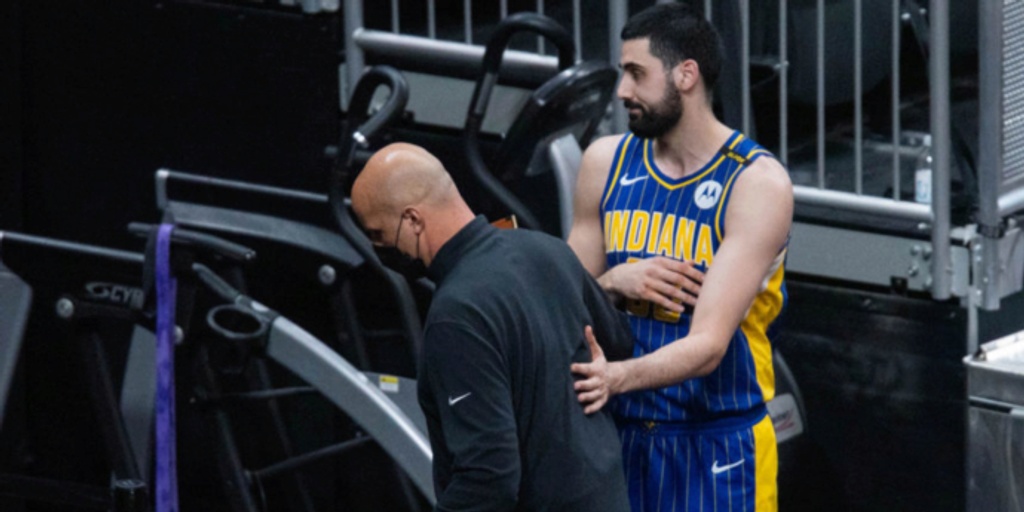 Second-year Pacers center Goga Bitadze and assistant coach Greg Foster exchanged heated words in their Wednesday night game against Sacramento and had to be separated by members of the team.

Goga Bitadze and Pacers assistant coach Greg Foster got into a heated discussion.

Myles Turner and multiple other players got involved to attempt to break up the confrontation. pic.twitter.com/9Xr96HmJg8

“I’ve talked to both of them about it, absolutely, and I’m going to talk to them more about it right after this,” head coach Nate Bjorkgren said postgame. “I’m going to find out exactly what was said and in what way, and go from there … Again, they’re both trying so hard. They’re both competitive. They both want what’s best for the team. It just didn’t happen that way. With the frustration part of it, it boiled over there a little bit.”

The Pacers are now 30-35 in the first season under Bjorkgren after losing that game 104-93. Bitadze posted five points and six rebounds.