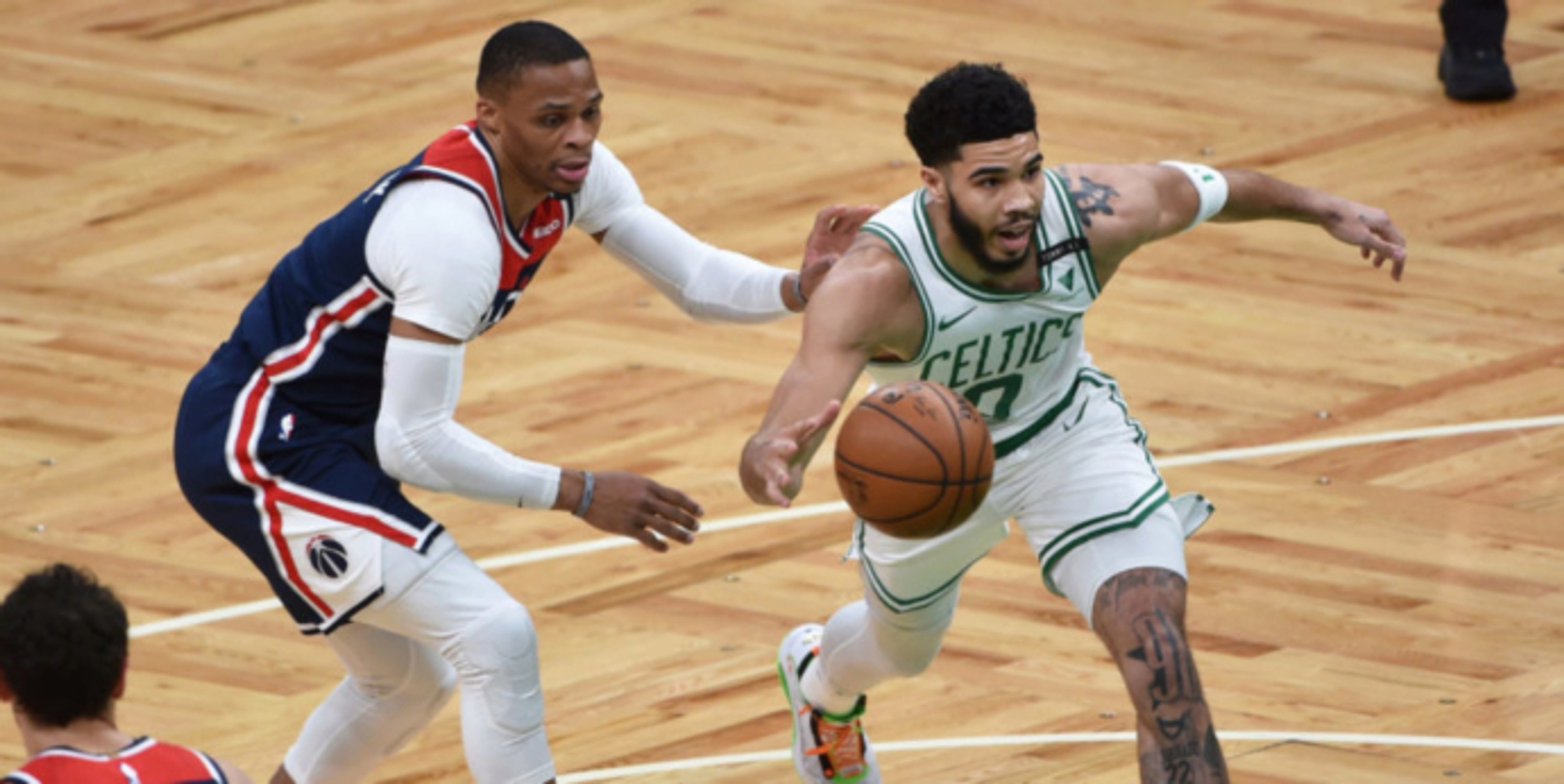 The NBA Play-In Tournament already accomplished its goal of making the end of the 2020-21 regular season more exciting, as our Moke Hamilton illustrated recently.

Well, the fun, high-stakes tournament is also resonating with fans in a big way.

Turner Sports announced that TNT's coverage of the play-in doubleheader on Tuesday night averaged 2.0 million viewers, which was up 60% compared to the network’s 2020-21 regular-season average.

The Boston Celtics' win over the Washington Wizards averaged 2.5 million viewers, which surpassed any regular-season TNT telecast since Opening Night (when 2.7 million viewers tuned it to watch the Brooklyn Nets face the Golden State Warriors).

The Indiana Pacers vs. Charlotte Hornets averaged 1.4 million viewers, even with a 6:30 p.m. ET start time.

If Celtics-Wizards and Hornets-Pacers brought in that many viewers, one would imagine that tonight's battle between the Los Angeles Lakers and Golden State Warriors would do even better given the star power and marquee franchises involved.

The play-in tournament was initially approved for only the 2020-21 season, but judging by the ratings and the excitement that this event has created, it would be shocking if the NBA chose not to bring it back.